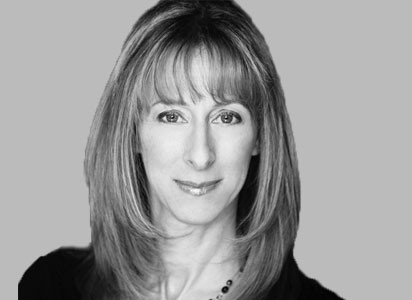 In my Integrative Medicine practice I often see health conscious patients who are interested in pursuing the best possible health and well-being. Influenced by social media, the media at large or lay “health experts” perpetuating urban health myths, many people are misinformed about issues that directly affect their health. In this article, I will dispel three myths to help you get to the true bottom line.

This belief has come from the fact that soy contains phytoestrogens, plant based estrogens which bind to estrogen receptor sites in both men and women. Many of us have also heard that too much estrogen is not a good thing (which is true and more of that later). As a result of these facts, it has been concluded that soy may be a contributing factor to increasing the risk of breast cancer and especially worrisome for women who have had breast cancer. However, clinical research shows that soy and estrogen have different effects on a variety of health outcomes. A recent study followed 9,514 breast cancer survivors for 7.4 years and found that higher soy intake after breast cancer diagnosis was associated with a significant 25% reduction in tumor recurrence. Considerable evidence also suggests that soy reduces breast cancer risk when consumed during childhood and/or adolescence. Studies also suggest that soy foods can reduce heart disease by lowering cholesterol and providing healthy fats including omega-3s. Soy improves the function of coronary arteries as well as possibly slowing the progression of plaque build-up. In men there are high quality research studies which point to the fact that soy helps reduce the risk of developing prostate cancer and heart disease.

This misconception is based on the true fact that a diet which favours fish over animal proteins such as red meat and dairy is heart healthy. The Lyon Diet Heart Study followed men who after having heart attacks and found a 70 per cent reduction in the risk of recurrence and death after only two years of following the Mediterranean diet. In women, the Nurses Health study found that those who ate fish five times a week reduced their risk of death from heart disease by 50 per cent. Consuming fish one to three times a month reduced risk by 20 per cent. But not all fish are created equal. The most heart healthy fish are cold water fish such as salmon (Wild Pacific), arctic char, sardines, black cod, rainbow trout, herring and anchovies which have higher amounts of the anti-inflammatory omega-3 fatty acids. However some fish, such as swordfish, marlin and king fish, contain high amounts of mercury. Mercury is toxic to the nervous system and can cause developmental abnormalities in children. In adults, it has been linked to Alzheimer’s disease. Furthermore, farmed fish can be very high in PCBs (polychlorinated biphenyls) which are cancer causing pollutants.

Bottom line: Do eat fish, but choose your fish wisely. One excellent resource is: Guide to Buying and Eating Fish on the Toronto public health website.

Myth #3 – Organic foods are no better than conventionally grown foods.

A new study looked at dietary exposure, examining organophosphates (OPs), one of the most widely used type of insecticides, in 4,500 people. They found that people who ate the least organic produce had as much as twice the pesticide levels as those who ate organic the most frequently. OPs are toxic to the nervous system. Other pesticides also contain xeno-estrogens which are strong synthetic estrogens. (Xeno-estrogens are also found in the BPA which line thermal cash register receipts and are absorbed through the skin.) Xeno-estrogens have been linked to hormonal abnormalities including infertility, menstrual abnormalities, breast and prostate cancers.

Bottom line: Favour organic produce where possible. Since pesticides concentrate up the food chain buy organic dairy, eggs and meats.  For a great resource in choosing your organic produce wisely download The Dirty Dozen app which highlights the cleanest and dirtiest conventionally-raised fruits and vegetables.