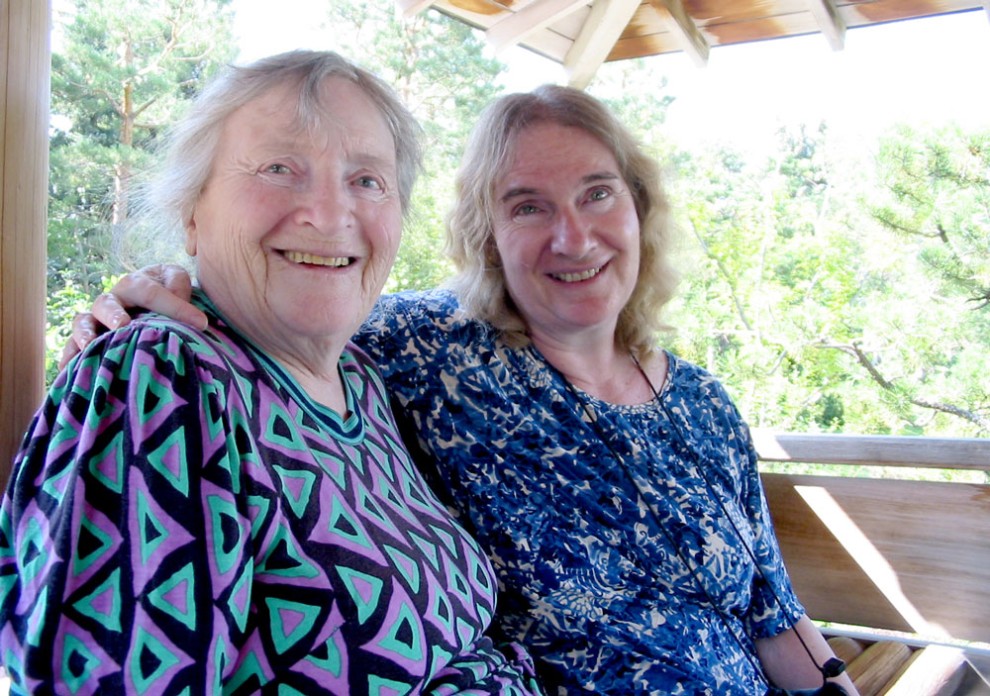 I had two famous parents. My father was Henry Morgentaler, the abortion rights advocate. My mother was Chava Rosenfarb, one of the major Yiddish writers of the second half of the 20th century, whose novels portray the Holocaust and life in Poland between the two world wars.

Whether or not one agreed with my father about abortion, it was hard to argue that he lacked the courage of his convictions. After all, he was jailed for them. But what my mother accomplished also required courage, albeit of a quieter kind. For her there was no applause from committed followers, no headlines in the newspapers, no demonstrations in the streets.

My mother, who died in 2011, was 22 years old when the Second World War ended. For the next 25 years, she would devote herself to writing The Tree of Life, a three-volume novel based on her experiences during the war, when she was incarcerated in the Lodz ghetto and later in the concentration camps of Auschwitz, Sasel and Bergen-Belsen. That experience left its mark on her, as it did on my father, who also survived the Lodz ghetto, as well as Auschwitz and Dachau.

My father’s way of dealing with the trauma was to pretend that he was not affected, to claim that he lived in the present and was not a hostage to the past, an attitude belied by his frequent horrific nightmares. My mother’s way was to write about what she had lived through, to face the horror in order to come to terms with it. And, just as importantly, she wanted to memorialize the Jewish community of her native Lodz, Poland, which in five long years of drawn-out genocide had ceased to exist. She wanted the world to know what she and the members of her community had lived through. Since this Jewish community had lived its life in Yiddish, she wrote about it in Yiddish out of fidelity to that lost world – a problematic choice, given that Yiddish limited the number of readers.

On one level my mother lived with her family as an immigrant in Montreal, took care of her ailing mother, who had also survived the war, and raised her children. On another, she lived in the Lodz ghetto. Through all the years that I was growing up my mother wrote about her life in the ghetto. My childhood friends remember her as always writing. When they came over to play, she would shush us, because she was busy writing. Whenever one of us said something clever, she would jump up and write it down for possible use in her novel. She was unpredictably moody during those years. It was only when I became an adult that I realized that this moodiness was related to the painful events she was remembering and describing.

When the three volumes of The Tree of Life were published in Yiddish in 1972 she received a flood of letters from all over the world hailing her achievement. She won the Manger Prize, Israel’s highest award for Yiddish literature, as well as a host of other awards. But it took 30 years for the English translation to be published.

In the meantime, she had written another novel, Letters to Abrasha, which I am now translating. Unlike The Tree of Life, which ended with the liquidation of the ghetto, followed by blank pages, indicating that what came afterwards was impossible to describe, Letters to Abrasha enters the belly of the beast. It describes unflinchingly what it was like to be in a stifling boxcar with 70 other people headed towards Auschwitz. It describes the horrors of going through the selection for life or death – and underlines the randomness of the choice. To have lived through this experience and then to recreate it on paper required a fortitude that I know I do not have.

My father’s contribution to changing Canadian abortion laws occurred at the end of a protracted and controversial public campaign, widely covered by the media. My mother, like all writers, toiled in silence, propelled by private demons, encouraged by few readers and yet determined to recreate what had been so violently destroyed, so that at least on paper it would continue to exist. That is no small accomplishment.

Chava Rosenfarb was one of the great Yiddish writers of the second half of the 20th century, as well as a survivor of the Lodz ghetto, Auschwitz and Bergen-Belsen. The Tree of Life is her three-volume novel about the Lodz ghetto, based on her own experiences of incarceration in that ghetto. The Tree of Life has been called one of the seminal works of Holocaust literature, but it is not widely known, because it was originally written and published in Yiddish and was not available in English until 2006. On June 9, 2016 Rosenfarb’s daughter, Dr. Goldie Morgentaler, a professor of English at the University of Lethbridge, Alberta, will discuss the novel, her mother’s life and the implications of writing in Yiddish. The lecture, “Chava Rosenfarb’s The Tree of Life: An Epic about Life in the Lodz Ghetto,” will take place at the Great Hall, University Club at McMaster University at 4:30 p.m. For more information contact John Cunnington at cunningt@mcmcaster.ca.