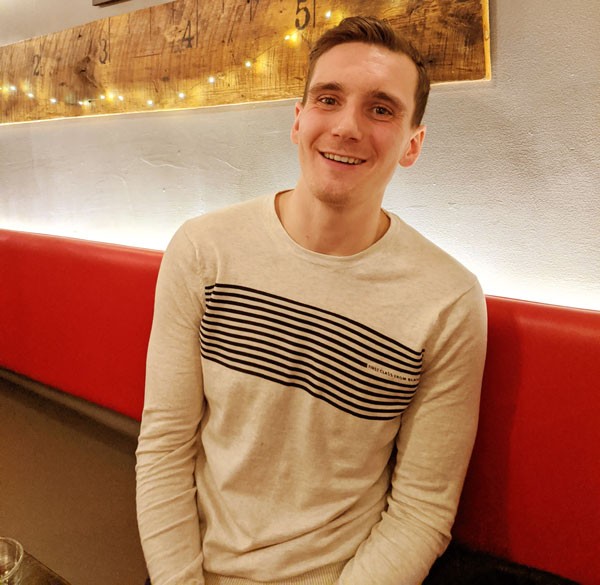 J-Academy: Hamilton Jewish Federation and JCC’s Jewish Studies Lecture Series on Zoom
February – April 2022
featuring  Ryan Heyden speaking on the topic Humanizing Remembrance: The Memory of the Holocaust and the Stumbling Block Project in Europe and beyond
The first of Gunter Demnig’s Stumbling Blocks were laid in 1996 in Berlin, Germany. Since then, the project to commemorate the Jewish victims of the Holocaust and other victims of Nazi persecution has spread across Europe with upwards of 60,000 stones laid. Each stone tells the story of one person’s victimization and families and communities’ mourning. Each stone also conveys a story of remembrance. The reasons people choose to sponsor a Stumbling Block varies from personal to educational. This talk will explore how the Stumbling Block project humanizes the commemoration of the Holocaust. It has changed how families of the Holocaust’s victims, the Jewish community, Germans, and Europeans – indeed, most people – remember the event and its legacies; it does so by returning our commemorative efforts to people’s personal experiences and stories. With its success, Demnig’s project now inspires a new generation of memory workers and activists in other areas of the world as they look to honor the lives and experiences of other groups victimized by war, reconcile the legacies of violence against BIPOC communities, and political persecution.

Ryan Heyden (heydenrw@mcmaster.ca) is a senior PhD Candidate in the Department of History at McMaster University. Specializing in modern European history, Ryan’s research concentrates on the history of twentieth-century Germany, with sub-focuses in the history of humanitarianism and memory studies. Ryan’s dissertation is on the German Red Cross and humanitarianism after World War Two in divided Germany. In addition to this primary research, he has also examined re-unified Germany’s reconciliation of Nazism’s legacies and the Holocaust, a project which culminated with his 2020 publication in German Studies Review on the Stumbling Blocks (Stolpersteine) Project. Ryan has held several Canadian and international research fellowships, including a doctoral research grant from the Social Science and Humanities Research Council of Canada, the German Historical Institute in Washington, DC, and a Visiting Doctoral Fellowship with the Berlin Program for Advanced German and European Studies at the Free University of Berlin. During Summer 2021, Ryan completed the Summer Institute of the Holocaust Education Foundation at Northwestern University.