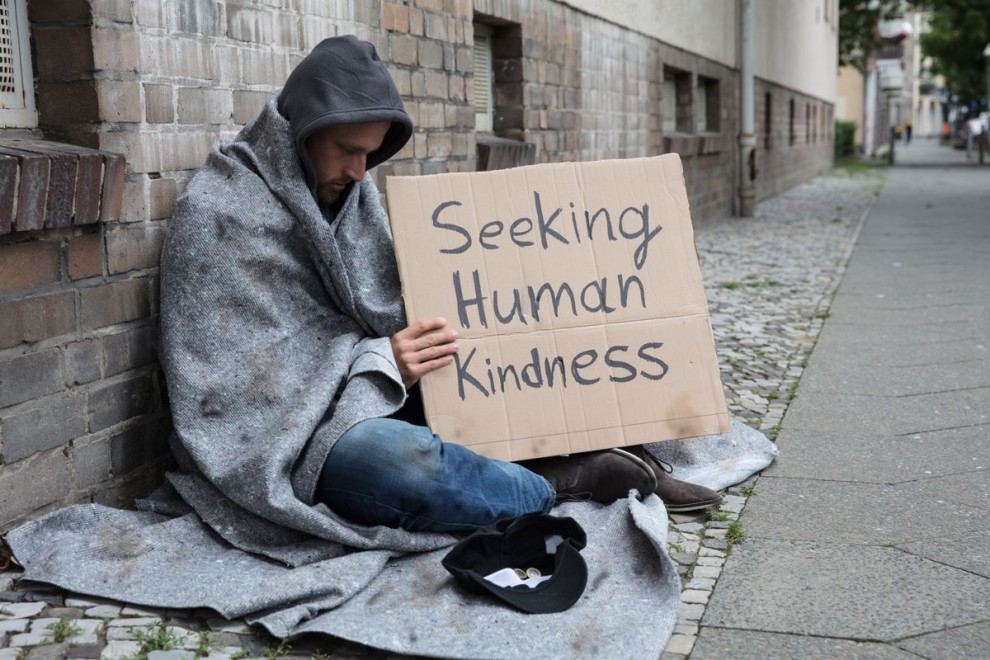 Chana and Nachum lived with their four children in a small apartment in Montreal. Like many recent immigrants, they had little money and sometimes had difficulty paying their rent. They were, however, rich in one important way—there was always an abundance of love in their home.

Chana and Nachum would sometimes quibble about things that annoyed them about one another.  Chana complained that Nachum was often kinder to strangers than he was to his own family. Nachum reassured his wife that family was his first priority.

Another disagreement between them was over religious observance. Chana was a strong believer in Jewish tradition. She kept kosher, made sure that every Jewish holiday was observed in their home, and lit Shabbat candles every Friday night.

Nachum had a strong interest in Jewish history, culture, food, and Yiddish literature, but he had little interest in Jewish observance. He thought that lighting Chanukah candles was a waste of time, but he tolerated this ritual since it meant so much to Chana.

It was the first night of Chanukah. The candles, the latkes, and a festive meal were ready. Chana and the children were excitedly waiting for Nachum to arrive home from work. He was late, which happened on more than one occasion. Finally, just as the sun was about to set, Chana heard the  sound of a key in the front door and in walked Nachum.

She was about to greet Nachum with her usual kiss and hug, but she stopped herself when she noticed that Nachum was not alone. He was accompanied by a very odd-looking, unkempt stranger who had a long stringy beard, greasy hair, wearing an old moth-eaten winter coat. Chana could not help but stare at this unusual man whom Nachum had invited into their home.

Aware of his wife’s disapproval, Nachum awkwardly introduced the stranger.  “This is my wife, Chana,” he said, “I’m sorry sir, but I’ve forgotten your name. “

“Nice to meet you,” mumbled Chana, drumming up as much enthusiasm as she could muster, which wasn’t a lot.

“Excuse us,” said Chana. “I would like a private word with my husband.

“Certainly,” responded the stranger. Chana smiled politely, and motioned for Nachum to join her in the next room.

Once they were alone, Chana said to Nachum in a loud whisper, “So tell me, who is this person?”

“Someone I just met,” responded Nachum.

“Someone you just met!” exclaimed Chana. “Where did you meet him and why did you invite him to our home?”

“He was shivering in the cold while waiting for a bus so I offered him a lift. He looked like he could use a home-cooked meal, so rather than driving him to the men’s shelter where he is living, I asked him to join us.”

“Nachum, you do not know who this man is!  He is a fremde (stranger). Did you ever think that he might be planning to kill us?” exclaimed Chana.

“Chana, don’t talk narishkeit (nonsense).  I am sure that he’s harmless. He’s an oreme mensch, (a poor man) who happens to be hungry,” said Nachum.

Chana was exasperated by the whole situation. “Oy Nachum!” was all that she could say.  She realized she had no choice but to have the stranger join them for the evening’s traditional Chanukah meal.

Before they ate, Chana and Nachum gathered the children together, who were excited to be celebrating the holiday.

They lit the Chanukah candles, said the appropriate prayers, and everyone, including Nachum,  sang a few Chanukah songs.  Their visitor also joined in.

It seemed surprising that a stranger with the name “Jim Campbell” seemed familiar with Chanukah prayers and songs in Hebrew. Their guest certainly did not appear to be Jewish.

After the meal, Jim thanked Chana and Nachum for their hospitality and shook both their hands. He stood up to leave, and asked where the closest bus stop was. Nachum insisted on driving him home.

Nachum drove Jim right to the front door of the shelter, and wished him the best of luck. Nachum watched as Jim entered the building. On his way home, Nachum thought about Jim and how difficult his life must be.

When Nachum returned home, Chana told him that she had found a small cloth sack under Jim’s chair—a sack that obviously had belonged to their guest. They looked inside the sack and found 100 silver dollars. They were both shocked!

Nachum took the sack and drove back to the shelter to look for Jim. When Nachum inquired at the front desk, he was told that there was no one named Jim Campbell registered there.

Nachum then went to the police station and explained what had happened. The police officer on duty told Nachum that they would let him know if someone named Jim Campbell contacted them seeking his money.

During the next several weeks, Nachum and Chana did not hear anything further from their guest. Nachum made several more visits to the shelter.

At the end of the month, Nachum revisited the police station, and discovered that Jim had not contacted them.  Nachum was then told that the sack and its contents were his to keep.

When Nachum got home and told Chana the news, the two of them reopened the sack. This time, in addition to the 100 silver dollars, they found a note thanking them for their generous hospitality and wishing them good health and happiness.

Back then, 100 silver dollars was a lot of money.  Since both Nachum and Chana believed in Jewish values, they donated most of the money to charity, keeping only a small portion to help them pay their rent.

But Nachum and Chana agreed that they learned one important lesson: when you are kind to a stranger,  something good may happen to you in return.