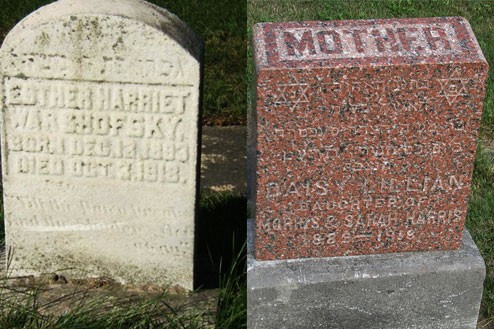 As the First World War was finally winding down in the autumn of 1918, few realized that a much more deadly, worldwide killer was just on the horizon. This one would take two to four times more lives around the world than the four years of bloody conflict.

This year marks the 100th anniversary of the 1918 Pandemic of the Spanish Flu. Responsible for killing between 20 million and 50 million people around the world within a year, the 1918 flu is recognized as the deadliest outbreak of infectious disease in recorded history. Neither Canada nor Hamilton was immune to the rapid spread of the infection with 50,000 dying across the country and more than 500 in Hamilton alone.

Today, we think of the seasonal flu as a nuisance illness with only the very young and elderly being at risk. After a few miserable days, just about everyone fully recovers and resumes their normal lifestyle. However, the majority of victims of the highly contagious strain of influenza that attacked the globe in the second decade of the 20th century, were previously healthy adults between 20 and 40 years old.

Dr. Isra Levy, formerly of the Canadian Medical Association, told TVO earlier this year that the 1918 strain of influenza “seemed to cause a massive immune reaction that led to, among other symptoms, respiratory distress in previously healthy people. As the disease progressed, many victims quickly developed complications such as pneumonia and died, usually within a day or two from the onset of illness.

The virus hit in three separate waves. It first showed up in the spring of 1918. Although it likely did not originate there, it became known as the Spanish flu, because Spain was the first country to publicly announce an outbreak in April of that year. Being neutral during the war, Spain did not censor its press the way other countries did. As autumn approached, the virus spread throughout France and many Allied soldiers returning home unwittingly carried the virus back with them. This set off a virulent second wave encompassing all four corners of the earth.

The first Canadian report of the second wave was an outbreak at the Polish Military Camp in Niagara-on-the-Lake in early September. The disease then quickly spread up the Golden Horseshoe into Hamilton and on to Toronto.

The virus swept across the province like a firestorm, infecting 300,000 people and killing 8,700.  Hamilton reported more than 7,000 cases. Hamilton’s burgeoning Jewish community suffered the first flu fatality in the city, when 25-year-old Esther (Hattie) Warshofsky died on Oct. 3, 1918.  Two days later, her 29-year-old sister Daisy Harris also died from the virus. The two sisters are buried side by side in the Anshe Sholom cemetery on Limeridge Road. By the time the scourge was over, Hamilton’s Jews had buried more than three per cent of their population of about 800.

Hospitals quickly became overrun with flu patients. The war effort had depleted medical and nursing staff across the province, causing a severe lack of care providers. Temporary infirmaries were set up around town, including at the historic Ballinahinch mansion on James Street South and The Jockey Club Hotel at the corner of Barton and Ottawa. Volunteers from various service organizations, including the Jewish Women’s Association, local church groups, the YWCA and the nursing organization, the Sisters of Service (S.O.S) all stepped in to care for the sick.

At first, the government downplayed the aggressiveness of the flu in an effort to avoid panic.  The city’s medical officer of health, James Roberts discouraged the use of nose and mouth covering masks as he believed the flu could be warded off by going outside and inhaling the fresh air. In late September, the Ontario Board of Health went so far as to announce that the new strain of flu was “less dangerous than measles or scarlet fever.”

Although they suggested that people avoid public gatherings and crowds, they urged people to maintain their current routines. However, within a couple of weeks, as the severity of the illness became more apparent, stricter controls were enforced to control the spread of the disease. On Oct. 16, the Hamilton Board of Health closed all schools, dance halls, theatres and other public gathering places. Public funerals were outlawed, even though more burials than ever were required. The demand for caskets became so great that eight cabinet makers were enlisted to work around the clock to meet the demand in Hamilton alone.

When the third wave of the pandemic arrived in the spring of 1919, the flu virus had significantly weakened. Many people who had survived the infection during the second wave had developed a level of immunity when subsequent waves struck.

By the summer of 1919, the devastation had finally ended. In one year, 1.3 million Canadians are believed to have contracted the Spanish Flu. It is estimated to have had killed more people worldwide than the plague of the Middle Ages.

Although we are still not immune to similar flu outbreaks, early detection and advances in medical technology have greatly decreased the severity and devastation of the illness. The most recent pandemic occurred in 2009, when a strain dubbed swine flu swept the globe. However unlike in 1918, 14,000 people died worldwide, as compared to the millions who lost their lives 100 years ago.