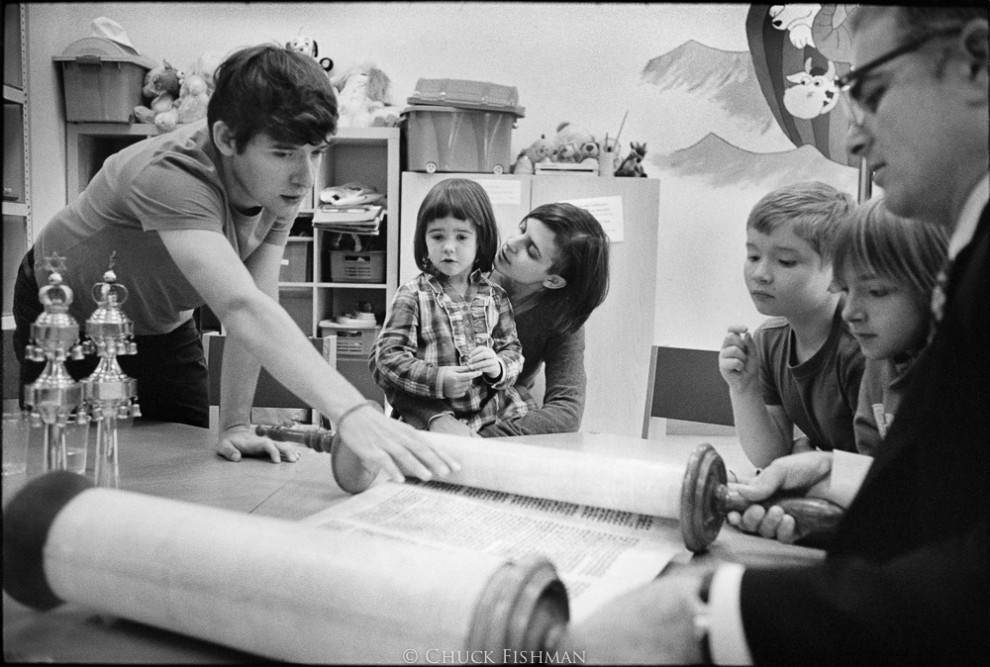 The scale of mass murder during the Second World War is unimaginable and a great many of its horrors took place in German-occupied Poland. That is the reaon tens of thousands of Israeli, western European and North American Jewish students are visiting Poland every year.

This is understandable. In the years when Poland was wiped off the map—from 1939 until 1945—Nazi Germany set up its factories of death on occupied Polish soil and carried out the murder of three million Jews there and in the surrounding areas.

During the Holocaust, Polish citizens saved more Jews than in any other European country (6,500 have been named as Righteous Gentiles by Yad Vashem, a quarter of all those given this award), yet some Poles carried out murderous pogroms against Jews during (Jedwabne is the best known) and after the war (Kielce, Kraków, elsewhere).

Around three million Christian Poles were shot or starved to death by the Nazis during the German occupation, so when we are told to remember the past, the question is: Who is doing the remembering? What is being remembered? There is a Jewish narrative and a Polish narrative. And they don’t very often meet.

Eastern European Jewry was all but wiped out during the Holocaust. Yet when tens of thousands of young Jews from around the world march from Auschwitz to Birkenau each Spring, a great many will tell you that “the Jewish people won,” and “Adolf Hitler did not achieve his posthumous victory.” For anyone who has seen these marches, it is not difficult to see how impressionable teenagers come to this conclusion, as they are surrounded by thousands of other Jewish teens, most of whom are carrying Israeli flags. One can now own a color picture of Birkenau beneath the wings of Israeli fighter jets.

Neither the Jews, nor civilization as a whole, won anything in the Second World War. We all lost, but what the Jewish people lost is unfathomable and saying otherwise is ethically and morally wrong.

The Communist Era
What the Nazis began through genocide in German-occupied Poland and the rest of the region, the Soviet Union nearly finished when it occupied Eastern Europe after 1945. Synagogues were shuttered, Jewish schools were closed, official Jewish communities became mouthpieces for the Communist Party. For 40 years after the war, most outsiders were calling the few Jews still living behind the iron curtain “last Jews,” and describing their communities as “remnant.”

Yet after Communism fell in 1989, as each of these countries rushed to form parliamentary democracies and market economies, their tiny Jewish communities started throwing off the mantle of remnant like a garment that no longer fit.

Out of the ashes, a revival
Over the next three decades, Jewish summer camps, senior citizens’ clubs, cultural programs, women’s groups, and Jewish youth clubs all came bursting forth with an energy that far outweighed their actual numbers and, much to their credit, international Jewish organizations stepped in to help with funds and guidance including the Ronald S Lauder Foundation, headed by Hamilton native Rabbi Josh Spinner.

But to be realistic, the outlook is not especially bright. The numbers are just too small, and no community in the region compares to Budapest. Since the majority of its Jews were not murdered during the Holocaust, and since Hungarian Jews were never particularly Zionistic, this community (with some 35,000 to 50,000 Jews) has the critical mass, the commitment and the energy level no other community in the region can match.

Poland’s post-1989 Jewish story is unique, because before the fall of Communism, no community seemed quite so finished as this one. No observant Jew remained after the 1940s, then the Communists forced 20,000 Jews out of the country in 1968 and, afterwards, Poland’s devastated economy in the 1980s sent scores of younger Polish Jews looking for better life chances elsewhere.

Even before 1989, however, hundreds (some claim thousands) of Poles heard a deathbed confession from a parent or grandparent that their family was, in fact, Jewish. Others told their children they were not their real parents, but had been given to them as babies over the walls of the Warsaw, Łodz, or Krakow ghettos. Still others found a crumpled piece of paper that led them to find their real name, their Jewish heritage.

Since Communism’s fall, in addition to the Jewish school in Warsaw, lively community centres have opened in Warsaw and Krakow, as have youth clubs. The few elderly Holocaust survivors still living in Poland are well looked-after thanks to the Claims Conference, there are cultural programs, and Jews can choose between any number of religious services to attend.

Young Poles and Jewish culture
No one agrees on the number of Jews in Poland although I do not buy the often used number of 30,000. What makes Poland so fascinating, in my opinion, is how many Poles are “filling the Jewish space,” as Ruth Ellen Gruber eloquently wrote in her 2002 book, Virtually Jewish, as did Diana Pinto, a French thinker and a keen observer of Jewish life in contemporary Europe.

There are scores of Jewish festivals of one kind or another taking place each year; young Poles are studying Jewish history, Hebrew and even Yiddish in universities; books on Jewish history, culture, and food are released regularly; in Krakow, The Centre for Holocaust Studies at Jagiellonian University draws academics from all over the world to its programs. A major player in in this scene is the family foundation of Tad Taube. A San Francisco area real estate magnate, Taube escaped Poland as a child only weeks before the German invasion in 1939. After the fall of Communism, Taube began supporting cultural and Jewish identity programs of every kind.

Why the interest? Because today’s young Poles are the first generation to grow up without the twin vultures of Nazism or Communism perched on their shoulders. At my institute, Centropa, we believe that young non-Jewish Poles are keen to learn about their towns’ Jewish histories because when they do, they are reaching for a heritage that was stolen by the Nazis, then buried beneath the floorboards by the Communists. Besides, telling teenagers who weren’t even alive in the 20th century that they should feel guilty for anything that happened more than a half century before they were even born is a lose/lose proposition; having them explore their town’s Jewish history and reclaim it as their own turns it into win/win.

To help them get there, the Galicia Jewish Museum in Krakow works with my institute to provide teacher training and weekend seminars that have now seen more than 192 teachers over the past five years. The educational programs at the enormous and highly impressive Polin Museum are just as effective.

Even though the current government in Poland has displayed a genuine rightward and antidemocratic bent, history has taught us that betting against Polish civil society is a losing game. Poles worked too long for their freedom and the basic tenants of democracy to allow the current trend to continue. After all, politics, like history, is a pendulum. It will swing back. Hopefully soon.