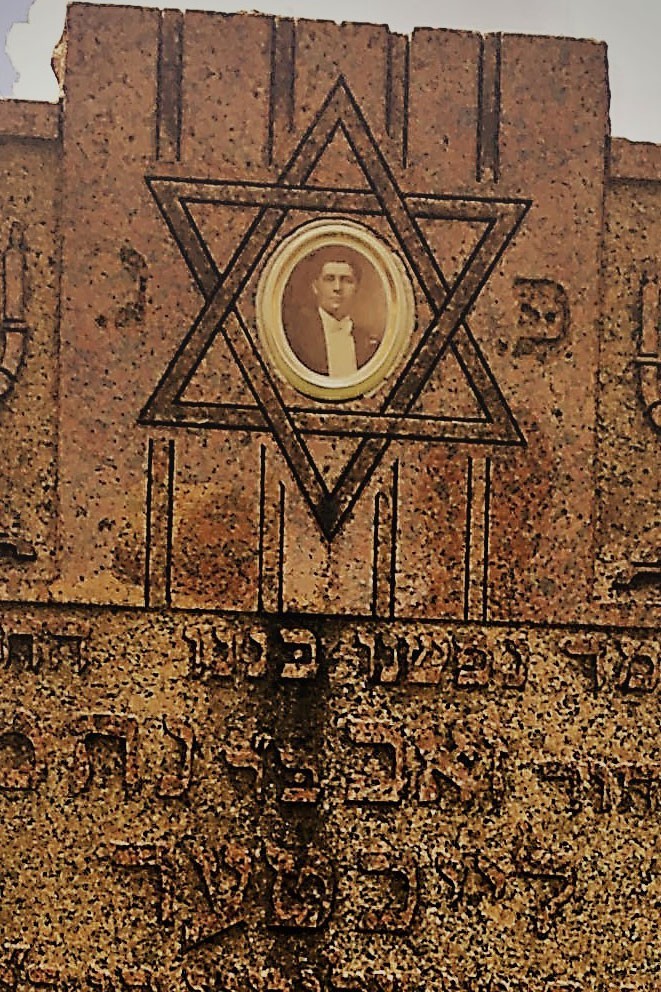 I wonder how people looked at him as he drove along York Street in his black, slick-backed V-8 coupe. He was 26, round-faced and curly haired. Did the girls find him attractive? Maybe a little dangerous?  He certainly had a dangerous nickname — Bill “the Butcher” Leuchter, which he came by somewhat honestly.

But the real butcher in the Leuchter family was Bill’s father, Ignatz. He had started the Hamilton Kosher Meat Market in 1929, and, as in family businesses everywhere, all five of his children were involved in some way at some time. I prefer another nickname that I’ve seen only once — Bill “the Butcher Boy.” It’s closer to the truth.

In November 1938, Leuchter was working for the notorious bootlegger, Rocco Perri. By then, the best of Perri’s days were behind him. In 1930, Bessie Starkman, Perri’s common-law wife and business partner (some say the brains and driving force behind their lucrative operation) had been gunned down, and he himself was a man marked for death. A bomb blast had recently destroyed the front of his Bay Street South home. A few years later, Rocco Perri would go for a walk and quite literally disappear into legend.

Bootlegging had probably reached its height of profitability towards the end of the 1920s, and Prohibition was finally repealed in 1933. Some bar and club owners still purchased cheaper bootlegged alcohol to boost their bottom line, but by 1938 it was getting harder for their suppliers to maintain their own profits by relying on alcohol sales alone.

Now, to fuel a developing local market, ‘dope and alky cars’ transported alcohol south across the border and returned to Canada with illegal drugs stashed in special roof pockets.

Leuchter worked hard for the money he made. Paid by the trip, it seemed he was always on the road, running rum to Niagara Falls and Buffalo, Detroit, and as far away as Chicago. There is no evidence that he transported drugs.

Friends later said he had plans to quit the business altogether. Was he troubled by the changes? Did he see better prospects? Did he have bigger dreams?

On the evening of Nov. 30, Bill and 23-year-old Mike Mikoda had passed Ann Arbor on the highway to Chicago, when his coupe, packed with more than 1,000 gallons of alcohol, struck a tractor trailer and exploded in flames.

Both men were incinerated. The inferno was so intense that police first on the scene could not tell if the occupants were men or women. And the confusion continued. When early news of the accident reached Hamilton, there was excited speculation that one of the bodies might be Rocco Perri’s.

Bill Leuchter is buried in the Ohev Zedek Cemetery on Hamilton Mountain. The cameo on his tombstone shows a serious man in formal wear who looks older than his years. His grave is located not far from Bessie Starkman’s.

Some people are remembered for how they lived their lives. Bill Leuchter entered history as a minor footnote in the bigger story of Prohibition, whisky barons, bootleggers, and the growth and consolidation of organized crime families. He is remembered more for who he wasn’t and for the horrible way he died than for who he was and how he lived.

When I think about Bill Leuchter, I think of a young man with his life ahead of him, a young man who died a fiery death on a dark road, at a dark time of the year, not so many months before the shells and the blasting bombs of war would once again explode and spark fires the world over.