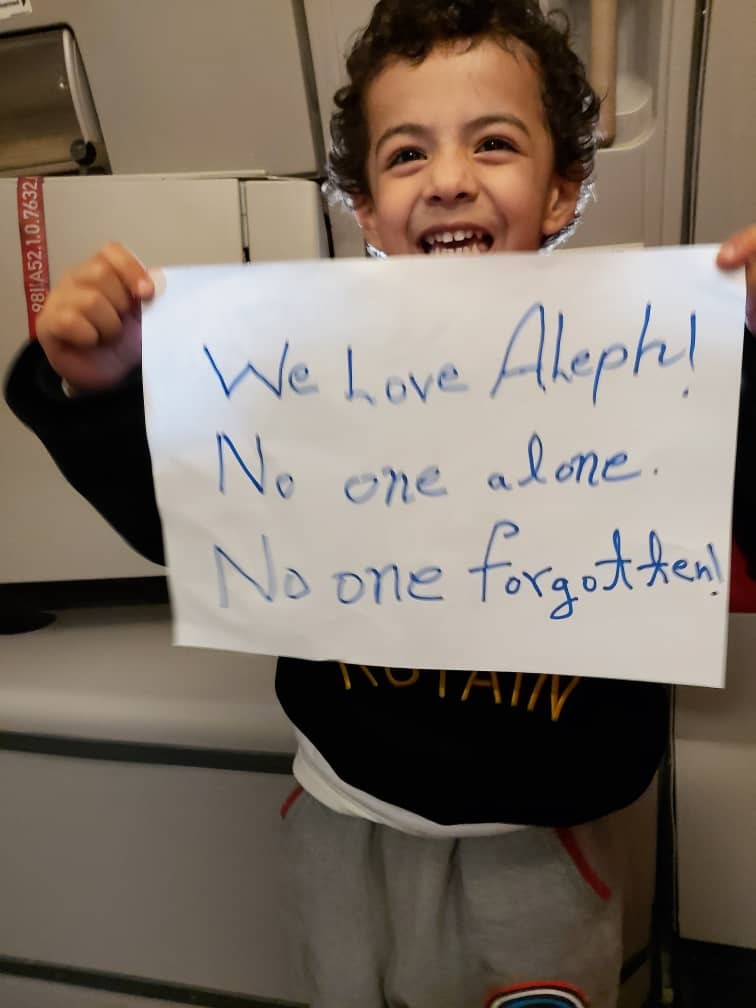 “Oh, you are Muslim.” It wasn’t a question, just a straightforward text message from a teenage boy who had been forced to grow up far too fast and careful about whom he could trust. Faizullah* grew up in Kabul, Afghanistan, in a home identified only by its district name and neighborhood.

It was the end of October 2021 when I interviewed Faizullah, and I was eager to hear his story. Not only did he and I speak different languages and eat different foods, but his experience was far removed from anything I had ever known.  By then, he was waiting in a refugee camp in the UAE with his siblings, and we communicated over Whatsapp.

In my role with the Aleph Institute, a Jewish non-profit advocacy organization working primarily in the justice arena, I never expected to interview a teenage Afghan orphan trying to escape Taliban rule. And, until August of last year, neither did anyone at Aleph. However, our decades of work within the judicial sphere and our international advocacy network led us to confront this unfolding humanitarian crisis.

From the Lubavitcher Rebbe I learned that wherever a person finds themselves is planned by God. Whatever situation one ends up in, and everything that happens there.

God placed a humanitarian mission on our doorstep. We needed to respond.

We had learned about Faizullah and his siblings a few weeks earlier. Their mother, Sharbat*, a women’s rights activist, passed away from cancer. Their father, Sameer*, worked for Women for Women International and other American NGOs, until the Taliban assassinated him two years ago. Faizullah, then 17, was left to care for his younger sisters and brother. “These two years were really hard for me. Because it is very difficult to control four children while I have no experience.” He worked at a travel agency in the afternoons to support his siblings while still attending university.

When the Taliban takeover occured in August, Faizullah desperately emailed his dad’s former American employers, spurred by memories of his father’s assassination. “The only hope of my family is first God Almighty, then you. Please help my family leave Afghanistan.” The five siblings hid at a friend’s home, fearing the worst. “I heard that the Taliban told our neighbors they should help find us.”

In conversations with Faizullah and other Afghans, I learned how Aleph’s humanitarian hand was generating a new narrative. One evacuee  told Lubavitch.com that, “Growing up Muslim, I heard a lot of things about Jews, and they weren’t nice. I never thought a Jewish organization would be willing to help me.” Hearing this feedback invigorated our Afghan mission with new meaning.

Faizullah was unsure whether Yossi is a male or female name. So I shared my Hebrew name, Yosef, which I figured would be familiar. His response was quick: "Oh, you are Muslim.”  I explained that I am Jewish and my name is in the original Hebrew form. “Ok, I will call you Mr. Yosef.”  So, Faizullah learned about Shabbos, and I discovered ashak, an Afghan dumpling filled with a meat sauce.

At the time of their evacuation, there was still an assumption that resettlement would be quick and refugees would soon move to the United States and elsewhere. Aside from the general difficulties Afghan refugees face in processing their visa applications, Faizullah and his siblings aren’t eligible for special US visas.

After a couple of months of waiting in the refugee camp, Faizullah turned to his Aleph family. “Sorry to bother you, Dear Yosef, I want you to apply for asylum in Canada. I did a lot of research and concluded that Canada is the best place for us. It is better to be in the same country with you.”

All of us at Aleph had come to admire Faizullah’s gentle determination to create a better future for his siblings. We needed to make his dream a reality. Through Aleph’s partnership with the Raoul Wallenberg Centre for Human Rights, we pursued private Canadian sponsorship with the Jewish Immigrant Aid Services Toronto, a Sponsorship Agreement Holder with the Government of Canada. All the necessary documents are waiting to be filed, pending funding.

Faizullah is extremely grateful, despite living in limbo for over eight months. “When I was little, my father told me that angels live in heaven, but today I realized that there are angels who also live on earth.”

We’re not angels. We are human beings endeavoring to see humanity from a Godly perspective. In the words of Rabbi Jonathan Sacks, “To know God is to act with justice and compassion, to recognize his image in other people, and to hear the silent cry of those in need.”

Indeed, we are taking action.

The Raoul Wallenberg Centre for Human Rights is managing tax-deductible donations for the Abdalli siblings here, or make your cheque payable to RWCHR with the memo "For JIAS Fundraising" and mail to RWCHR 4770 Avenue de Kent, Suite 205, Montreal, QC H3W 1H2.