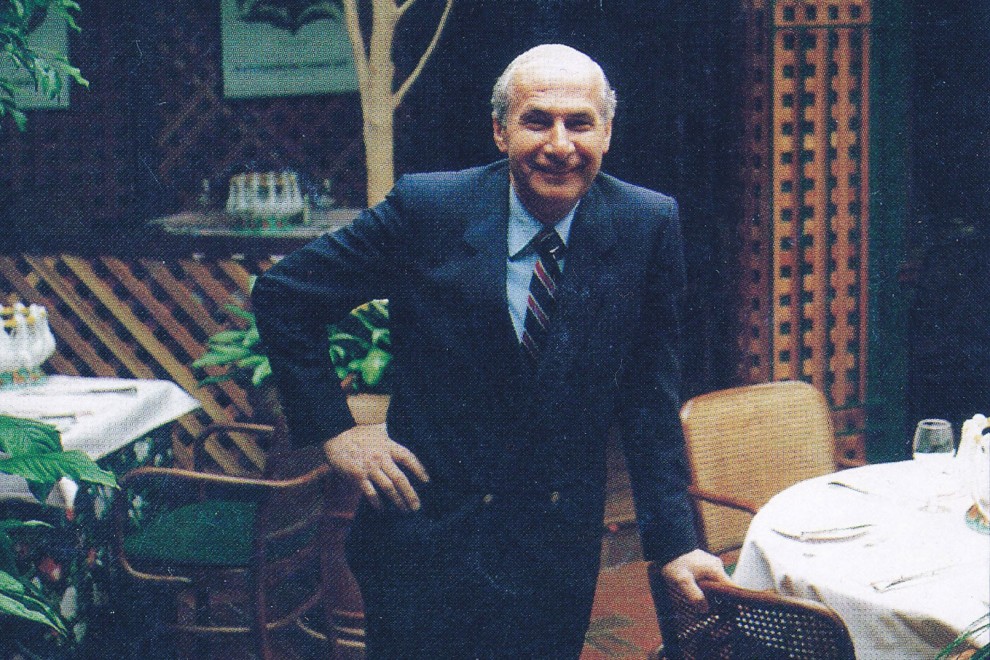 For almost 40 years, Hamiltonians made their downtown plans with the simple phrase, “Meet me at the Chicken Roost.” When iconic restaurateur Max Mintz died on Sept. 29 at the age of 96, Hamilton lost one of the most colourful characters in its history.

To say that he packed a lot of living into his 96 years is to underestimate Max Mintz’s impact on the city and especially its Jewish community. Running no fewer than four restaurants and a premier catering company, Mintz was involved in just about every life event throughout the community for more than half a century.

Mintz was born in Poland.  His father, Morris, decided to get his family away from growing anti-Semitism sweeping across post-First World War Europe. Venturing on his own, Morris made his way to Canada, hitching a ride on a herring boat. Scouting the new world, he settled in Toronto and sent for the rest of his family. Soon, he was reunited with his wife Mary and four children—Gert, Benny, Max and Faye.

As a young man in the 1940s, Mintz frequented the Chicken Palace restaurant on Yonge Street near Gerrard. He was captivated by the owner’s beautiful daughter, Samieth Ber. Mintz courted her with his ample humour and charm and they married on Oct. 1, 1946.

Not long after, Mintz  accepted a job at his in-laws’ restaurant. Thinking he was well positioned to learn the business and eventually take over the establishment, reality crept in when his father-in-law made him a bus boy.

Toiling in the restaurant all week, Mintz spent his days off swimming with friends at Crystal Beach in Fort Erie. On the long drive home, he would be starving and wanted to stop off in Hamilton for a bite to eat, but was disappointed by the lack of good restaurants. Not about to miss an opportunity, Mintz left the Chicken Palace after one year, and with his older brother Benny, opened their own Chicken Roost in 1948. Located in the heart of downtown Hamilton on King at John Street, they introduced a popular menu with “Chicken on a Bun” and ice cream puffs. The Roost quickly became a local favourite.

Hot on the heels of the Roost’s success in the mid 1950s, the brothers opened up the Jet Restaurant on the corner of King and James. Boasting a revolutionary open kitchen concept, with food preparation done right in front of the customers, the Jet became another local winner. After tragedy struck in 1957 with Ben’s unexpected passing, Max continued running the restaurants on his own.

Building on the momentum of success throughout the 1960s, Mintz opened a third restaurant. Away from the downtown core near McMaster University, the Colony Family Restaurant offered many of the Chicken Roost’s favourite dishes.

Working the restaurants became a family affair, with the Mintz’s four daughters, Cynthia, Nancy, Sharon and Joanne, all helping with the businesses.

“My parents felt that we all should know what it was like to work in a restaurant,” said Cynthia. “You meet people from all walks of life and you gain a respect for everybody’s efforts. You learn teamwork. If a dishwasher isn’t doing his job, then the dishes don’t get out. It’s a cycle of people helping people.”

Mintz’s restaurant endeavours took an upscale turn in the 1980s. While visiting daughter Nancy, who was living in California, Samieth and Max liked the innovative concept of a neighbourhood restaurant with small private rooms, enclaves and alcoves providing an intimate dining experience. Not long after their return to Hamilton, Maxwell’s on Jackson Street was born.

Always on the lookout for the latest trends, Mintz kept a close eye on what other establishments were doing. The family ate in fine restaurants whenever they travelled, with Max always making his way into the kitchen. If he liked something special, the chef would show him how to prepare it. When he got home, he would introduce a similar dish in his restaurants.

While operating the restaurants, Mintz Catering was also developing.  As early as the 1950s, customers would often ask the Chicken Roost to provide the food for their life cycle events. By the '60s, Mintz was among the most popular Jewish caterers in Hamilton.

By the mid 1980s, Mintz was beginning to feel his age and getting tired of the hectic restaurant pace. The Jet and Colony had closed years before and Max decided to sell the Chicken Roost and eventually Maxwell’s. Maxwell’s was sold and became Lo Presti’s at Maxwell’s, while Cynthia took over the catering side of the business. While Mintz backed away from the day-to day operations, Cynthia said, ‘He never really got out. He was a great front man and often helped out on specific occasions.”

A gifted athlete, Mintz found a new passion in tennis in his 50s. He played regularly for years and was almost 91 when he played for the last time. As his final years became more difficult physically, Mintz enjoyed spending time with family, including his seven grandchildren and five great-grandchildren. When his daughters were growing up, Mintz worked 70-hour weeks and was not home a lot. So now he made up for the lost time.

Mintz passed away two days before his and Samieth’s 72nd wedding anniversary.  “He really tried to hang on”, remembers Samieth.  He maintained his eternal optimism to the very end.  Believing that every day was as important as the day in front of you and the day behind, he often said that every day was his birthday, because each day was a gift.  Appreciating having gone through his early years without anything, he used his good fortune to give back.  “He went out of his way for people, doing things you wouldn’t have expected.  Especially for the people he worked with.  He often played major roles in other people’s lives.”

“He always went out of his way to help people out,” said Samieth.

Cynthia recalls, “when my dad did a job for you, he always gave 110 per cent. He knew that he was making memories —Bar Mitzvahs, weddings or even simple occasions.”

Rest in peace, Max.  Hamilton thanks you for the memories.