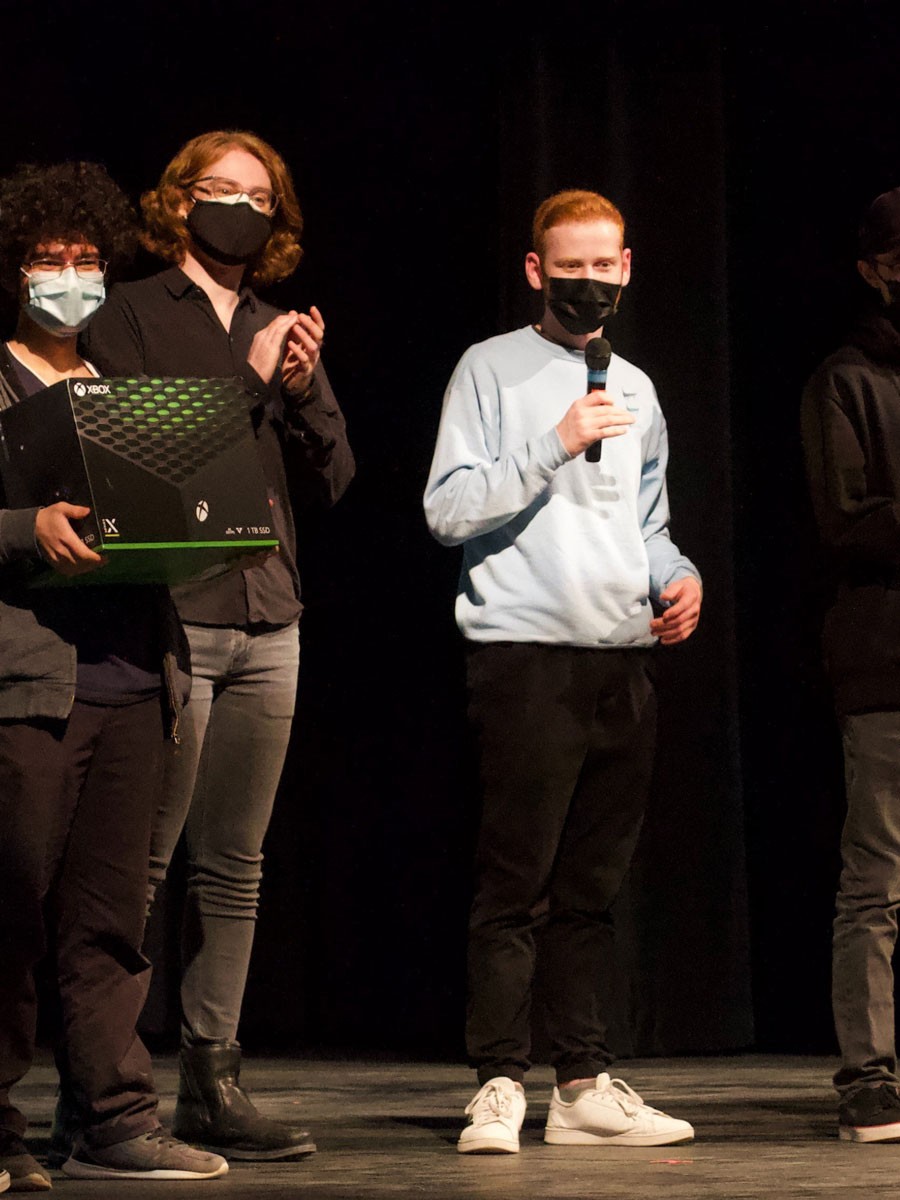 As COVID restrictions are still at large in Ontario, Canada, two brave high schoolers have been working courageously and tirelessly to stay safe while reconnecting with their peers. This past Friday, Bashar Alobeid and Matthew Gershkovich just completed the running of a well-attended Super Smash Bros Tournament at their high school with the grand prize being an Xbox Series X, a cash value of six hundred dollars.

"Trudging through online learning, I felt that I was missing out on vital parts of my life." reflected Bashar. "Fortunately," he continued, "playing Super Smash Bros online with my friends rekindled the spark of belonging that I'd been missing out on through lockdowns and social isolation."

As restrictions eased, from this kernel of human contact, Bashar started a small group of Smash Bros players at Westmount Secondary School of Hamilton. Gershkovich was the other founding member and formed the "Westmount Video Game Club". But these two high schoolers were dissatisfied with this accomplishment. Bashar had come up with the idea of having a schoolwide Smash Bros tournament, and they both really wanted to make this idea into a reality. When collaborating on the logistics with the student council, prizes for the winners were discussed, but limited funds seemed to stifle their dream.

Gershkovich shared the dilemma with Rabbi Nachum Aaron Kutnowski who encouraged him to keep trying and even committed to donating prize money so that the event would happen. After a brief phone call with Shaya Kutnowski, Rabbi Kutnowski's brother, contact was made with Cody Litman, Chai Lifeline Canada's Fundraising Coordinator and the head of their Gaming for Life division. This division is dedicated to creating gaming initiatives to help raise awareness and funds for Chai Lifeline Canada. Chai is a non-for-profit organization that supports children and families who have been impacted by life-threatening or life-long illnesses. Chai initiated the Gaming for Life division a couple of years ago. After this phone call, a committee was formed of Cody Litman, Simcha Lipton, Matthew Gershkovich, Shaya Kutnowski and Rabbi Kutnowski. Numerous zoom conversations later, a partnership was struck with Chai Lifeline Canada's Gaming for Life division and Soulber.

Soulber is a telehealth company that provides support and guidance to help recovering addicts reintegrate back into society. They do this through a platform that can help them connect with others going through similar struggles, find jobs, housing and rebuild relationships with their families. Soulber's founder, Pinchas Krasnjanski, was impressed by the idea, and volunteered to match one thousand dollars of donations to Chai. When asked for a comment, Kransjansky stated, “The Soulber team and I are very proud of the work that Chai Lifeline Canada does, and we were humbled to be a part of this amazing initiative. When people come together, great things can happen, and this tournament really proved that.”

Once this partnership was struck, Alobeid and Gershkovich tirelessly worked to spread the word throughout Westmount Secondary School, set up the brackets for the tournament, as well as fundraise for Chai. A few short weeks later, the Chai Smash Kup was launched.

"We had a whole week of Smash Bros competitive matches with close to 100 participants! And, with the help of Soulber, we raised over twenty-five hundred dollars for Chai." shared Gershkovich. "It's kind of unbelievable," Gershkovich concludes with a proud smile. Bashar added, "A lot of people have been thanking us for organizing this opportunity, and I believe that it speaks to the untapped potential behind video games." At the award ceremony of the tournament in the well-attended Westmount auditorium, Litman commented, "Gaming for Life supports Chai’s important mission through the power of video games, and we've all proven that gaming can make a different."

As the world continues to evolve and shift out of the COVID era, the creation of this initiative, gratitude, and grit shown by these two high school students shines a bright light on the next generation. These students recognized the value of connection, and how happiness and the betterment of others can be brought forth from it. They didn't let the power of one overshadow their joint power, and this resulted in giving of their own good to others.

Rachel Zelunka is the Senior Campaign Manager at Chai Lifeline Canada. With years of experience in the non-profit sector, she is a proponent of connecting the next generation of donors through gaming and all things cool.