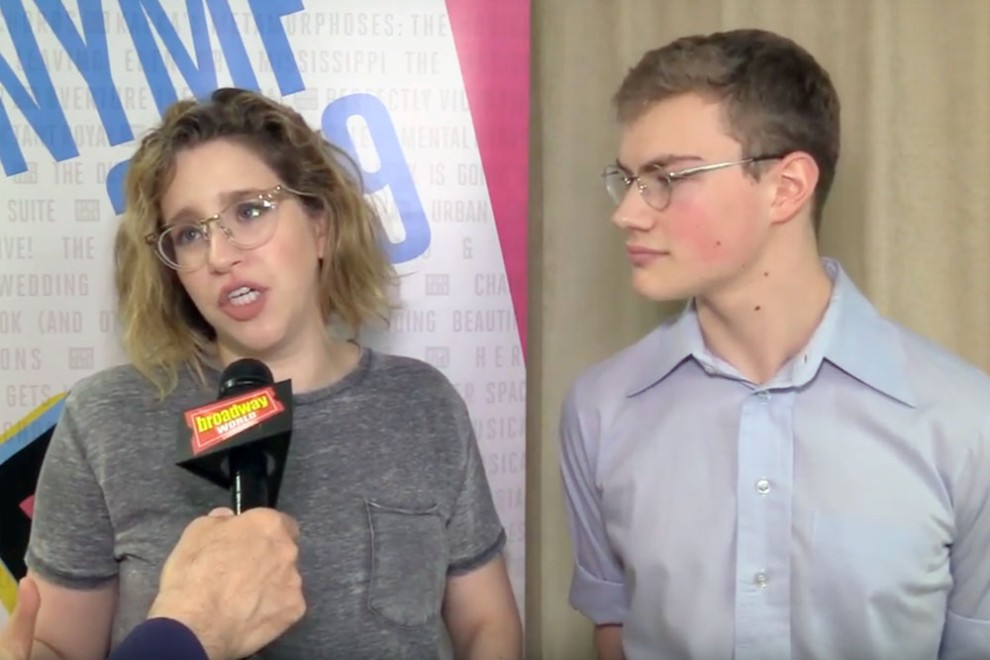 A second Hamilton star is ready to dawn on Broadway.

Hamilton’s reigning Queen of the Great White Way, Caissie Levy, may soon have some competition after Hamilton native Jenny Waxman has carried away the top prize at the prestigious New York Musical Festival.

The 15-year-old festival is considered the birthplace of many a Broadway hit. Over those years 105 of the festival’s 447 have gone on to Broadway productions, and Waxman hopes Leaving Eden will be one of the new crop to make that transition.

Leaving Eden, written by Waxman and Sheridan College theatre student Ben Page, was rated the Best Musical of the festival. It also won three other first prizes and five runner-up honours, the highest total of any show in the festival.

“This is just all very, very exciting,” Waxman said after the awards ceremony she couldn’t attend because of a law school commitment. She found out about the win through a text message.

“Members of the team were texting me as the awards happened,” she said. “It was really nail-biting but it was really exciting because almost everyone got recognized.”

“To get affirmation like this from the New York community is pretty stellar. I don’t really think it has sunk in yet,” she said.

For Waxman, a veteran of local theatre camp and university shows, the experience and the win are just one step toward getting the major production she wants for the show. It’s also a significant boost to her own dream of a career as a Broadway producer.

“Our first next step is to get the team together and start doing some rewrites,” she said. “This was our first time seeing actors perform it without music stands in front of them. We learned a lot by listening to the audience and seeing where they laughed and where they didn’t.

“People really responded to the show.” she added. “It wasn’t perfect the first time but I’m proud that it made people think and talk. That was the goal of it.”

While the show and its songs are being tweaked, meetings are being planned with potential backers for a regional, off Broadway or even a Broadway production.

Waxman said a regional theatre production, in Canada or the United States, is the likely next step as the show continues to develop into something people will pay $150 US per seat to see on Broadway. That’s the price to see Levy rule the stage as Elsa in the Disney hit Frozen.

“I can see a longer run at a regional theatre, then bringing it back to New York either off Broadway, or off Broadway and then Broadway,” she said.

While she was liberal in praise for everyone connected with the festival production, Waxman was especially effusive about co-author Ben Page.

“Ben and I have an almost sibling relationship. For two months we worked in the tiniest one bedroom apartment with him sleeping in the living room and me in the bedroom,” she said. “It’s hard to find such a communicative and supportive artistic relationship. I adore him and wouldn’t want to work with anyone else. His music is really good.”

Waxman didn’t know it when she and Page started working together, but his musical pedigree is pretty impressive on its own. His father, Steven, is a founder and former front man of the Canadian super group Barenaked Ladies.

Leaving Eden tells the story of Adam and his first wife Lilith, who has some questions about the many rules Adam has for their relationship – including the one that says he always has to be on top.

In a parallel story line, a modern Adam and Eve struggle with their own friend Lilith and their desire to become parents.