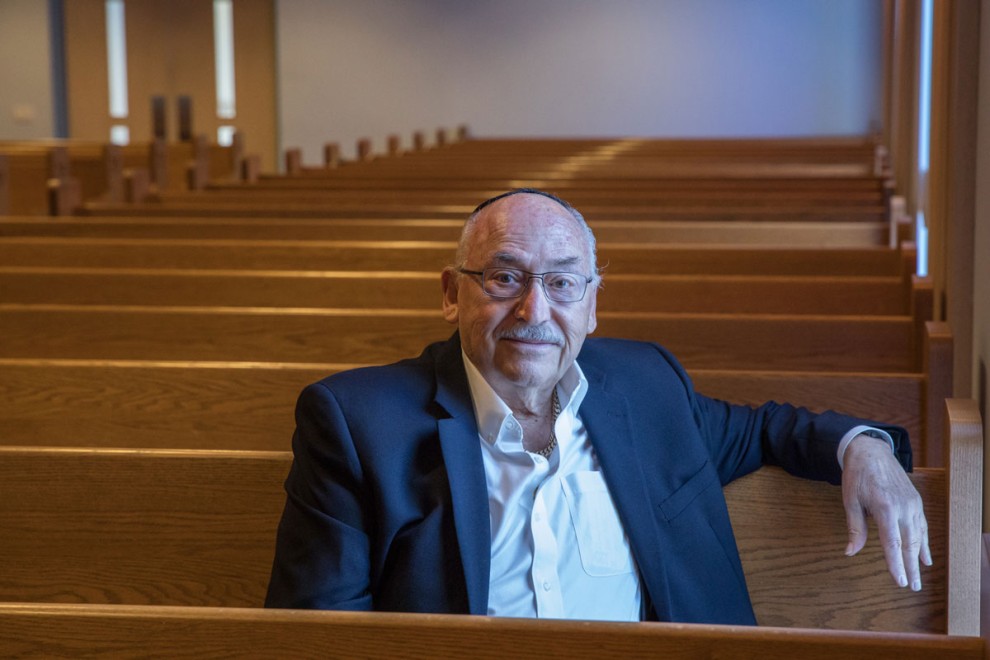 In Genesis 47:30, Jacob asks his son Joseph to “do me a true favour” and bury him alongside his ancestors. The concept of Chesed Shel Emet or a good deed of truth—that is burying the dead within Jewish tradition—is the final act of kindness we can do for our fellow human beings.  It is devoid of ulterior motives, as the recipient can never thank or repay the kindness.

For more than 100 years in Hamilton, this mitzvah has fallen to the United Hebrew Memorial Chapel (UHMC) and the local chevra kadisha (Jewish burial society). While a less organized Jewish funeral organization undoubtedly existed before then, the earliest record of the UHMC predates 1916.

Its current president, Dan Levy believes it started out in homes, often in those of the deceased.  Then as the community matured, UHMC established its first parlour on John Street North.  Expanding into a larger building at 54 Vine St. in 1954, it finally moved into its current location on Ewen Road in 2002. In fact, to many people, “we are still affectionately referred to as Vine Street,” says Levy with a smile.

As the only Jewish funeral home in town and in the greater area, UHMC serves an area reaching from Mississauga to Niagara and along the 401 corridor to Kitchener. Available 24 hours a day, it provides one-stop services.

“When somebody passes, a phone call to us is all it takes. We take care of everything,” said Levy.  “And because we are a small community, we know most everyone. I would say that in 80 to 85 per cent of the cases, we know the family. So it is a very personal level of service and we believe that families appreciate the fact that they are not dealing with strangers.”

Levy laments that “Jewish funeral homes and cemeteries are under a great deal of pressure today all over North America.” Jewish institutions are all addressing issues such as the burial of non-Jewish spouses in consecrated cemeteries, embalming and the burial of cremains (cremated ashes).

Each Jewish community has its own “minhag” or local customs and will often do things differently than other communities. Remaining true to their mandate, Levy confirms that while servicing the entire Jewish community of Hamilton and area, UHMC is an Orthodox funeral home. So whether Reform, Conservative or Orthodox, they provide only one level of service that conforms to orthodox halacha.

Unlike many Jewish funeral homes, UHMC is a non-profit corporation. Run by a five-person board of governors, it does not require any financial assistance from Hamilton Jewish Federation or any of the synagogues. Paid staff are kept to a minimum and the chevra kadisha currently consists of about 10 men and 10 women, all of whom are volunteers.

Comfortably seating 300 people, UHMC houses one of the largest funeral chapels in the city.  There is a proper Kohanim room with a separate roof and its own entrance, with no access into the chapel (as this classification of Jewish high priests is not permitted to be in the same enclosed space as a dead body). Within the past year, the family room was refurbished through the generosity of an anonymous community member.

In addition, UHMC offers services such as grief counselling, funeral pre-planning and benevolent services, including providing a Jewish burial even when a family is unable to pay. When it comes to physically preparing the deceased for burial, the chevra kadisha works within the UHMC to carry out the tahara (ritual cleaning and preparation of the body), with male volunteers performing the tahara on men and female volunteers caring for the women.

Over the past century, one family has led the way in providing this service to the Jews of Hamilton. In the early days, Sarah Garshowitz was at the forefront leading the women’s chevra kadisha. After emigrating from Russia in the late 1800s, this mother of 12 children trained several of her daughters to carry on this ritual mitzvah. Among them was Levy’s mother, Marion Levy, as well as Ruth Lewis, Esther Shecter and Goldie Robbins. As they married, many of their spouses joined the men’s chevra kadisha, including Al Shecter and Harry Robbins.

Goldie, Garshowitz’s 11th child, eventually took over the reins of the women’s chevra kadisha from her mother. After working with her sisters and other volunteers for a number of years, she brought in her daughter, Sheryl Katz to continue the tradition. Katz has now been involved for the past 46 years and has led the women’s side for the past 20. Supporting the family tradition, her husband, Stan Katz leads the men’s side. His family also has a history of community service with the chevra kadisha, as his mother and two of his aunts were also involved.

Levy came on board a little later than his cousin Sheryl, joining in 2000, working alongside Aaron Shiffman at the UHMC. Levy then took over for Shiffman nine years later and has also been the chair of the Beth Jacob Cemetery since 1997.

“We have a good team in place and right now I have no plans to retire. However, when the time comes, you would want to find someone who is prepared to make a long-term commitment,” said Levy adding that these volunteers all serve the community and give their time and effort from the “goodness of their hearts. It is all about treating the deceased with dignity and respect.  We will always be here.”