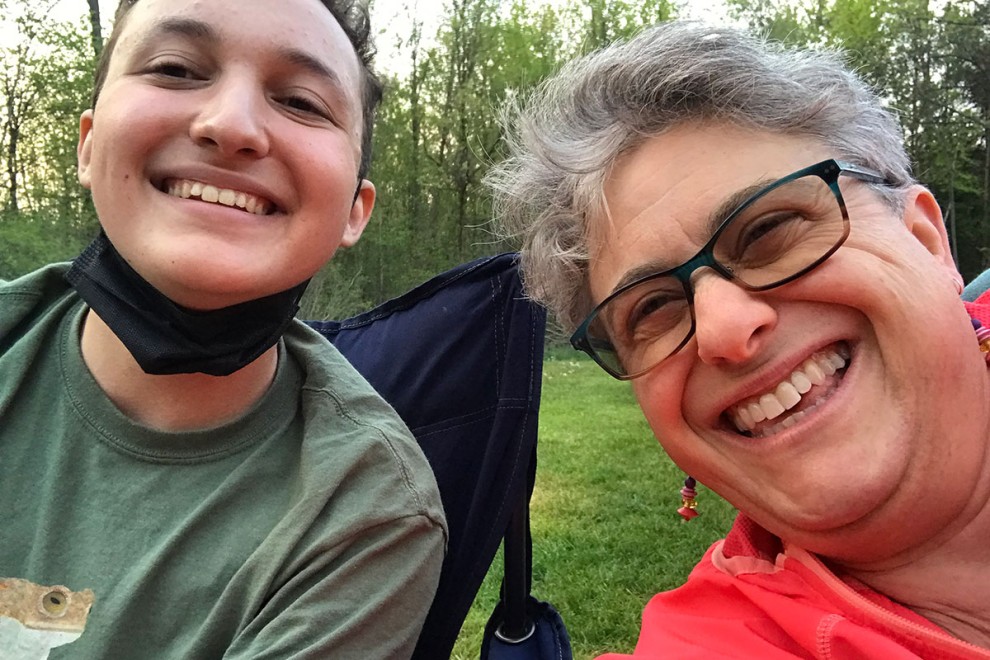 “The attendance at these events affirmed the need for ongoing attention to the needs and interests of LGBTQ+ Jews in Hamilton,” says Laura Wolfson, chair of the committee.

The committee’s mandate includes advocating for LGBTQ+ representation and/or content in all the programs and services Federation offers and to plan monthly programs for LGBTQ+ Jewish adults and youth.

While these events are a chance to socialize and have fun, they mean even more to Wolfson.

“When I was growing up, there were no outwardly queer Jews for me to look up to as role models. There were no signs in any shul or JCC bearing rainbow flags and saying, ‘This is a Positive Safe Space’ or ‘Trans Jews are welcome here.’ There were no Jewish rituals marking important lifecycle events for us,” says Wolfson, who was recently appointed to CIJA's LGBTQ2+ Advisory Council.

Even now, synagogues and other Jewish organizations grapple with matters like how to define family membership or how to honour trans and non-binary Jews being called up to the Torah for an Aliyah when there is no traditional framework for their Hebrew names.

“My wife and daughter and I went to Toronto a few years ago with one other Hamilton Jewish family for a Pride Shabbat service and dinner, because there was no event for us to celebrate Pride in a Jewish way, here in Hamilton,” Wolfson says. “It is important to me to claim our space as an LGBTQ+ family in the Jewish community. Having the Hamilton Jewish Federation sponsor a Pride Shabbat program feels like a very welcome, long-due acknowledgement that we belong.”

And events like the Pride Shabbat Dinner are not just important for the J-LGBTQ+ community, but for the whole community.

“Not acknowledging this as a community sends the message that this is something we believe should be hidden because it is problematic at best, or shameful at worst,” Wolfson says. “By identifying that LGBTQ+ Jews have been marginalized in the past, and by showing that we recognize a need to acknowledge the belonging of every Jewish person in the Jewish community, we lift ourselves up as a community.”