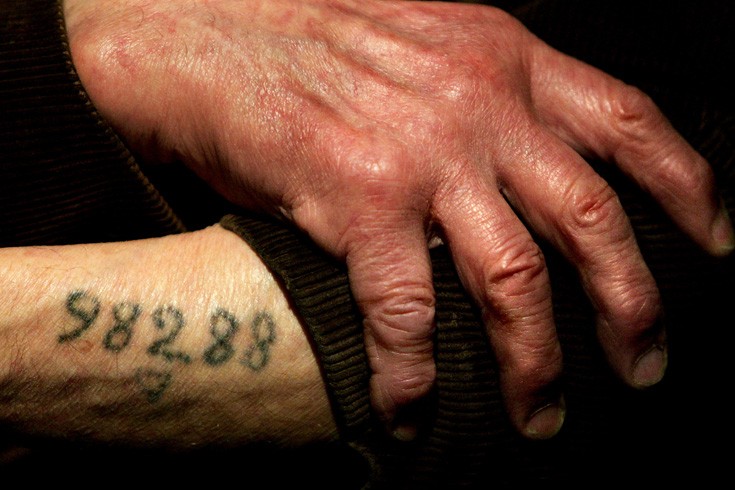 It took a stranger for us to find Leo (whose name has changed for privacy purposes). A stranger, whom I will call Joan, came into our office and told us they knew of a Holocaust survivor in need. He was 90 years old and living in poverty. She asked if we would help.

Of course we would.

Joan had stopped by Leo’s apartment after not having seen him for more than 20 years. She just had felt the urge to go. During the visit, Leo grew confused and fell. Joan left as Leo was being taken to the hospital. She told me about the bad state of Leo’s living conditions, and how concerned she felt.

I’m at Leo’s apartment the next day. I don’t even know his last name, but Joan had given me his unit number. As I’m leaving my card with the building manager, the community manager overhears us talking. She tells me she knows who Leo’s caregiver is, that she will connect us, and that Leo is now in the hospital.

I hear from the caregiver right away. She confirms that Leo has no family, but that she and her family have adopted Leo. He spends holidays with them. They do his grocery shopping and they are emotional support. She tells me she adopted him because she has known him for many years, and because he has always been kind to her family. He is now her family. When I meet Leo, we immediately connect. I tell him that I represent Hamilton Jewish Family Services (HJFS), and that I have come to help. I tell him that we will be friends. “I would like that very much,” Leo replies.

Leo is a Polish Jew. He was born in 1929. He moved around a lot as a child, and stayed with his grandfather. And then the war came. “It was very difficult, very difficult, in the camps,” Leo tells me. He is full of stories.

After the Second World War, Leo stopped practicing Judaism. He tells me that he didn’t feel safe as a Jew after the war, but that he has always been “a Jew on the inside.”

Leo’s story is one of tragedy and heartbreak. He has been living on his own for many years, and because he has been kind to people, many have taken advantage of him. The flip side is, because he is kind, he has touched many hearts.

Leo is fiercely independent. He keeps mostly to himself and “doesn’t want no trouble.” He likes to move and be active, and finds it difficult being in the hospital. He reminds the nurse that, “just because I am private, does not mean I do not have feelings.”

I arrange for a rabbi to visit Leo. He has not been to shul for many years, but having a rabbi come to see him touches his heart. He tells me after how much the visit meant to him.

I tell Leo that he is an example of someone who fell through the cracks, and that we have to do better. I tell him that because of his story, we will spend our next weeks connecting with the hospitals, social service agencies, City Housing, and other supports, telling them what we do – and how we can help survivors. No one else should fall through the cracks.

While writing this, Leo is still in the hospital. His caregiver and her family visit and support him every day. HJFS is connecting him with the Claims Conference, and also looking into the possibility of long-term care. We are visiting him regularly.

HJFS has worked with survivors, on behalf of the Claims Conference for many years. These days, we primarily help survivors remain independent as long as possible. This includes arranging for homecare support, emergency rent, food, et cetera. There is no cost for survivors to access our supports. For more information about our Claims Conference Services, please call Terry Nyp at 905-627-9922 x 22 or  email at terryn@hamiltonjfs.ca. We also invite you to visit our website at www.hamiltonjfs.ca or the Claims Conference website at claimscon.org. We also ask that you share with healthcare professionals and other community supports about the work we are doing with survivors, so that no one else falls through the cracks.