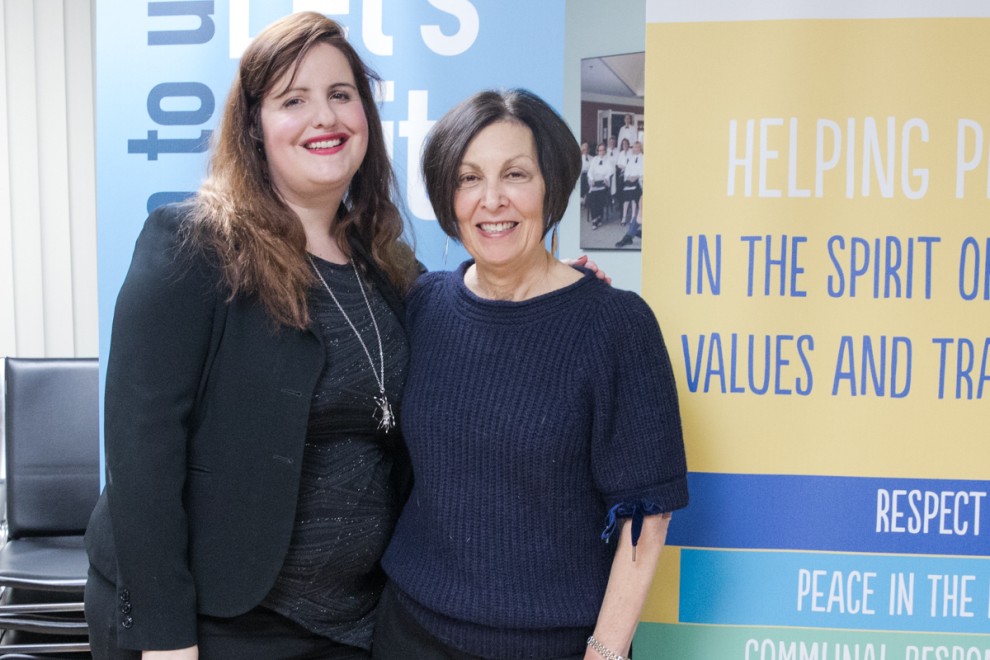 It all started in 1999 in the basement of a run-down hotel in Kiev.  Two women, Carol Krames, then executive director of Hamilton Jewish Social Services (JSS, now Hamilton Jewish Family Services), and Susan Roth bonded while sorting donated clothing as part of the United Jewish Appeal's mission to the Ukraine and Israel. That experience illustrates the community mindset of these two remarkable women and was the beginning of a beautiful personal and professional relationship: Susan joined the JSS board and became president in 2003.

While Krames’s passion and commitment to JSS convinced Roth of the value of the agency to the Jewish community, she was predisposed to engage.

"I believe my dedication to tzedakah and community service came from my parents, who always preached the importance of giving back to the community and devotion to Israel.”

In 1977, armed with a masters degree in social work, Roth and her husband, Paul, made Hamilton their home.  They raised three children, Leah, Jay and Jordan, and infused their busy household with the ethos of community engagement.  Whether working at various social service agencies or teaching social sciences at Mohawk College, Roth continued to embrace her parents' mantra of volunteerism. With her family's support and encouragement, she became co-president of Na'amat, food convenor for many of their famous author luncheons and Women of Inspiration events, cycled through Israel with Paul to raise money for Beit Halochem and somehow managed to stay out of the spotlight.  Until now.

While it is difficult to encapsulate the depth and breadth of her tenure, highlights include the annual wine tasting event, a fundraiser she initiated for the kosher food bank, which grew exponentially from a small gathering that raised $2,000 to a community-wide celebration which this year netted $25,000.  Her greatest challenge was Krames’s hospitalization and eventual retirement,  all of which happened quickly and necessitated the running of the agency without its executive director.  But during this very critical time, it became apparent to all involved that the agency could function in the interim because it had the most exceptional and dedicated staff in Chris Nusca and Terry Nyp, as well as the support of Federation's Gustavo Rymberg and Jacki Levin and the gift that keeps on giving, Toronto's Linda Kislowitz, consultant extraordinaire. It was ultimately Roth, however,  who had to hold the agency together, and with the support of a devoted board and cadre of volunteers, she managed to do just that.

Perhaps you do reap what you sow. Krames built an agency rooted in compassion and respect; Roth mirrored that ideology in how she functioned as board president. "The relationships that I have developed with my board, the staff and both Carol and our oh so fabulous new executive director, Alexis Wenzowski, are very special and meaningful.  These are people who are truly devoted to their community.  As we work on projects and policies, we always end up sharing about our personal lives.  We've grown with each other, our lives interconnected with love.”

I have the honour of trying to fill these mighty big shoes but Susan is still "our Susan.” She will continue to be engaged as Hamilton Jewish Family Services changes and grows to meet the needs of our community. But one thing will not change — our foundational principle that we are mandated to look after each other with dignity and with respect.  In partnership with our community, we plan to continue doing just that.