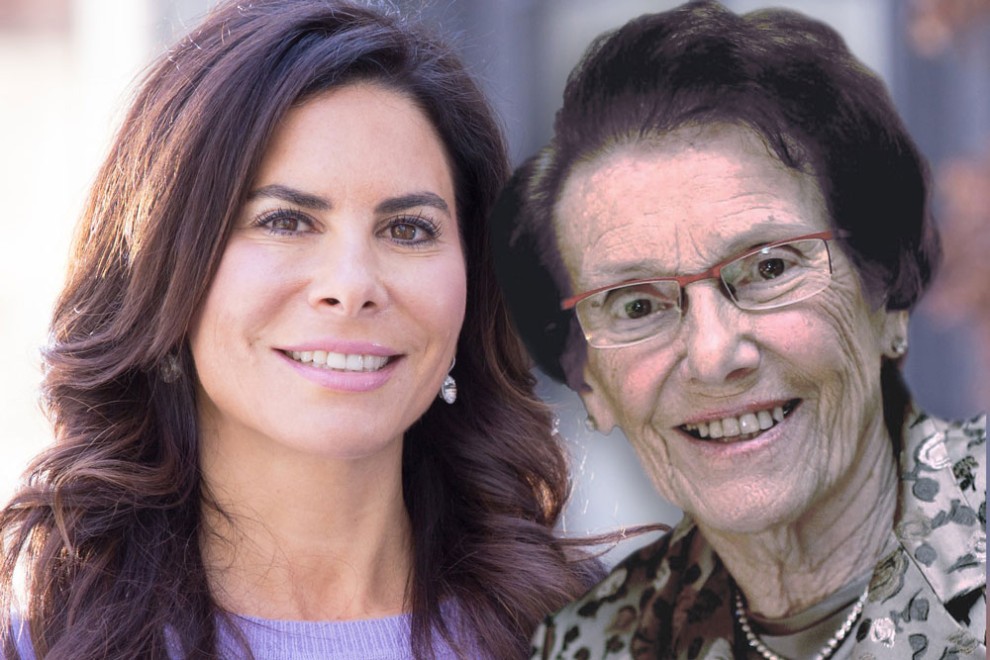 When Danna Horwood was going through a difficult time, her grandmother told her to find something that makes her happy and use her passion to make a difference in the world.

It is fitting then, that her passion ended up being sharing the story of her grandmother and grandfather, Margaret and Arthur Weisz, to educate children and youth about the Holocaust and help foster tolerance, respect and inclusiveness.

When Margaret died in 2009, Danna’s daughter, Sari, who was 11 at the time, asked “Why don’t I know grandma’s Holocaust story?”

Horwood decided to sit with her grandfather, who was 92, and get him to share as much he could about their story. Arthur was in the Hungarian army. He was a mail carrier and then sent to a labour camp after Jews were forced out of the army. Of the 1,000 men in his group in the forced labour camp, he was one of only 30 who survived. Margaret and her family were taken to Auschwitz and she never saw her brother or mother again. At the end of the war, Arthur and Margaret were reunited and eventually immigrated to Hamilton. In 1978, the family founded the property management company Effort Trust. Married for 65 years, they had two children, five grandchildren and five great grandchildren. Arthur died in 2013.

Horwood spent two full days videotaping and listening to her grandfather speak about his early life, surviving the war and immigration to Canada. She found a director and produced a 37-minute video, entitled Margaret and Arthur’s Story.

“When I showed it to my kids, I realized it was not only important for my kids. I realized I wanted a lot of people to see this movie,” said Horwood, who called schools to ask if she could share the film.

Calling the initiative Margaret’s Legacy, Horwood started visiting schools to show the movie, followed by a Q&A session with her and a lesson on the Holocaust from a history educator. The video aims to teach about tolerance and the baseless hatred that led to the Holocaust. Geared toward an elementary and middle school level, it has been shown at many public and private schools around the world. Today, Margaret’s Legacy works with educators and other professionals to develop curriculum for classes to use before and after viewing the documentary.

“From the beginning, we received amazing reactions. At Hebrew schools, kids said ‘I need to go talk to my grandparents about this.’ At other schools, some kids didn’t know about the Holocaust and had so many questions. I would hear back from teachers later that they were still having discussions and including topics like bullying and how to make sure something like this never happens again.”

Rebecca Shapiro, Margaret’s Legacy director of communications and media, said children don’t necessarily connect with history but with people and stories, so this story of Margaret and Arthur and their family really draws them in.

“I have seen Danna deliver this program and when you watch the kids, you can see they have connected with her and with Margaret and Arthur,” said Shapiro, adding that she was alarmed by a 2018 survey that found that two-thirds of American millennials could not identify what Auschwitz is.

“Right now, survivors are able to share their stories, but what will happen when they are gone? We have to take another approach to connect kids to the messages of tolerance, of being an upstander and identifying your own core values.”

Horwood is dedicated to sharing these messages and teaching about these values.

“My grandmother was my inspiration. She went through so much and was so kind and caring,” said Horwood. “Everything she taught me was about needing to make a difference in this world.

“I just made a movie to show my kids and now it is changing the lives of other children. It is so important to me and I am thrilled that it is making an impact.”