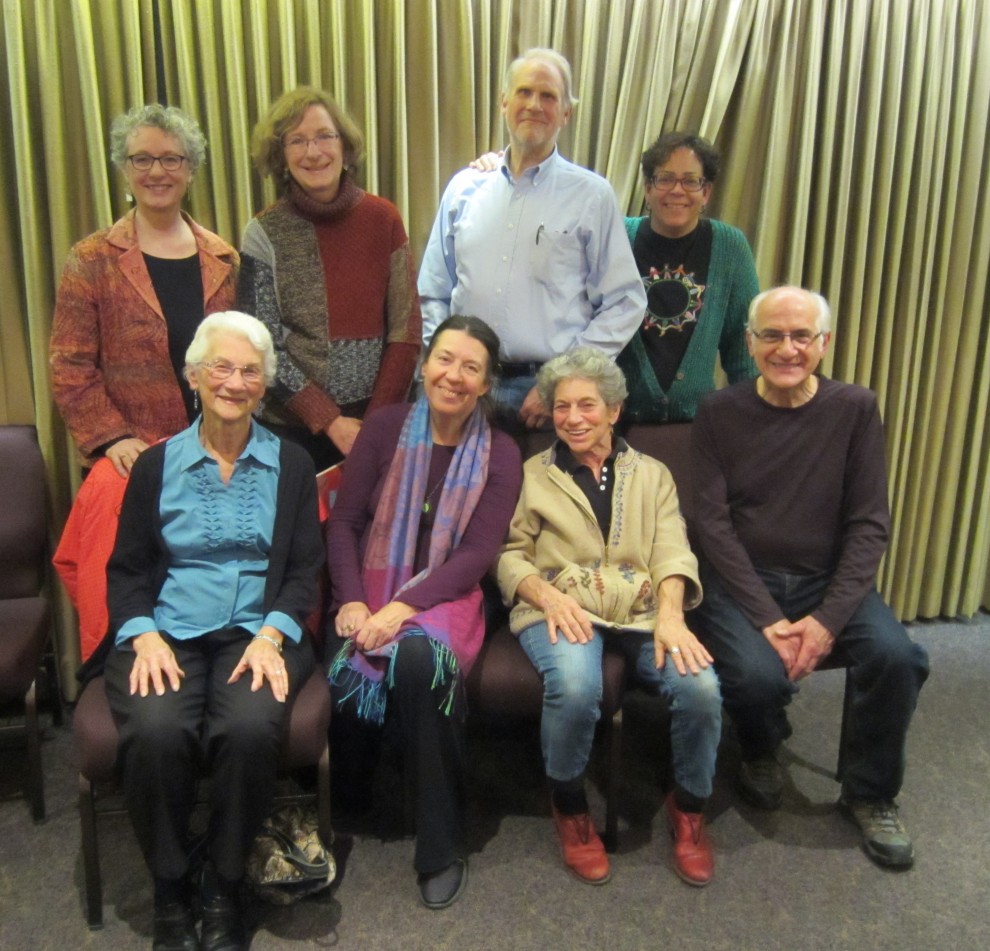 “Sigmund Freud walked into Tim Horton’s. The customers thought he was an actor on a lunch break from a film shoot. But he wasn’t an actor. He was the real deal. Sigmund Freud.”

I sat captivated at the monthly meeting of The Hamilton Storytelling Circle, as Barry Rosen related his classic, nonsensical tale of the father of psychoanalysis being served at a local coffee shop by none other than Elvis Presley.

The Circle is just one of many storytelling venues for adults to have popped up in recent years around Southern Ontario.  Originally founded in 2002 by Rosen, a recently retired social worker, the group has been co-hosted since 2013 by a trio of eclectic storytellers; Brenda Byers, Ellen Jaffe and Mary Love.

Offering a warm and inviting atmosphere, the Circle provides a fun and relaxing evening of listening to a wide range of stories, coupled with an opportunity to tell one of your own, if you so desire.  “With no pressure,” noted Byers in a recent interview, “the Hamilton Circle is a very safe place to try something out.  There isn`t any criticism.”

The rules are simple.  The attendees sit facing each other in a circle — hence the name — and pass around a “talking stone.” Once the stone comes around, you can either tell a story or pass it on to the next person.  The stories can be anything from folklore, fairy tales, tall tales, or even original personal stories.  They should last no more than 10 minutes in order to allow everyone else to have a turn.  The other rule is that the stories cannot be read.  “We tell by heart.  That’s the golden rule of story telling,” said Byers.

Since the dawn of prehistory, humans have used oral story telling as a means to impart knowledge, emotions and to keep local histories and traditions alive in their communities through the generations.  With the advent of the written word in books and newspapers, story telling began to wane, becoming a dying art.  However, a resurgence took place in the 1970s as story telling circles, guilds and groups emerged throughout North America and the world and endures to the present day.  Today the Story Tellers of Canada — Conteurs du Canada (SC-CC) website lists 63 different story telling clubs across the country, with no less than 29 in Ontario alone.

Always harbouring a fascination with words, stories and jokes, Rosen recounts how he once attended a workshop given by noted Canadian storyteller, Dan Yashinsky at a Jewish literary festival in Toronto.  Upon his return home, he told his wife, Leslie, that he wanted to do something similar in Hamilton.  Thus the Hamilton Storytelling Circle was born.  Throughout its 15-year history, aside from their monthly meetings, the modest group has also held events showcasing renowned local and international story tellers like Yashinsky, Peninnah Schram, and Charly Chiarelli.  In 2007, the Circle hosted the SC-CC’s national conference.  During the four-day convention, the Circle’s team arranged an assortment of events around several venues throughout the Hamilton area.

In addition to co-leading the Circle for the past four years, Byers, a professional storyteller, has offered her services since 1996 through her company Story Wyse (www.storywyse.com).  She puts together programs for schools, festivals, corporate functions, public concerts and special interest groups.  As well she also acts as coordinator for the SC-CC’s popular House Concert Network, which offers people the opportunity to host private story telling events in their homes.

Aside from their duties with the Circle, Ellen Jaffe is a child psychotherapist and an accomplished author of several books, including the award-winning young-adult novel “Feast of Lights”, while Mary Love works for the Student Accessibility Services office at McMaster University.

Sadly, by the end of Rosen’s story, the King of Rock and Roll was unable to fill Freud’s order for a Vienna-style coffee, and the good doctor left the coffee shop unsatisfied.  Fortunately, after a couple of hours listening to a wide selection of equally entertaining stories, judging by the smiles all around, no one left the Circle disappointed.