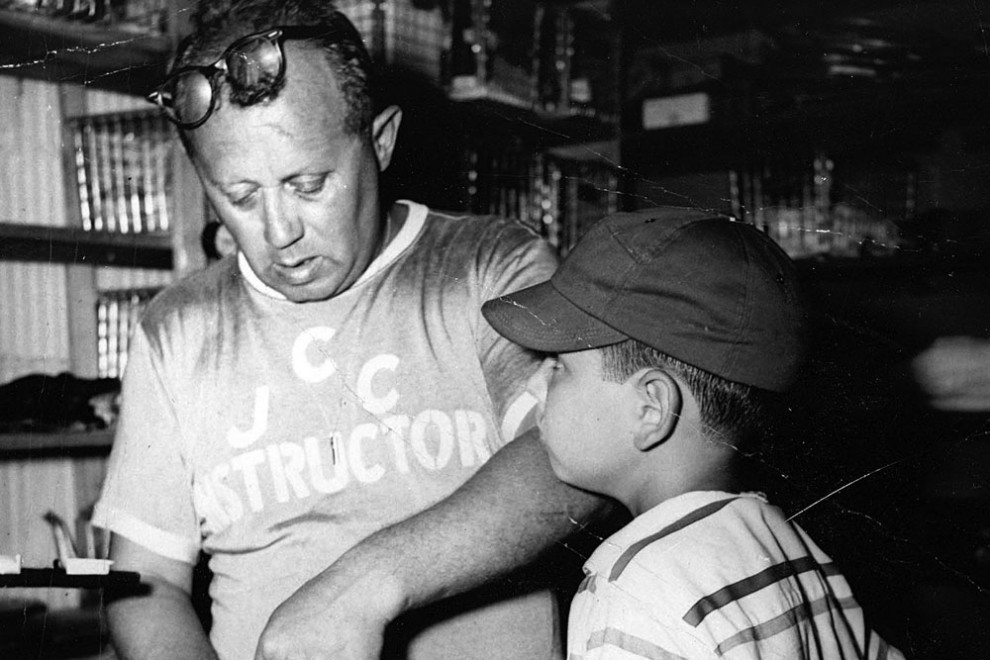 This year marked the 50th anniversary of the Max and Stella Rotman Humanitarian Youth Awards, an annual award ceremony created by the Jewish Community Centre and the City of Hamilton to honour the memory of an outstanding individual and recognize Hamilton youth who demonstrate the same selfless dedication towards helping others.
Max Rotman was the JCC’s athletic director during its golden years on Delaware Avenue. He was our basketball coach, friend, mentor and pied piper. To Max, the value of any person— regardless of gender, nationality, skin colour, or  religious persuasion, lay in their positive actions, their generosity and their desire to pay it forward. He and his wife, Stella, were like second parents to so many of our community’s youth during times of crisis, and his premature passing was an incredible loss to his family, and both the Jewish and non-Jewish communities.
It was Bill Stern, who was executive director of Federation’s predecessor, the Council of Jewish Organizations, who came up with the idea of holding a city-wide youth award ceremony in Max’s memory one day while strolling by City Hall. Bill went inside to pitch the idea and left a short while later with a  co -sponsor.
In its early years, the Max Rotman Award event was held at Hamilton City Hall, where a committee voted for a single winner from among all the nominees. Many of those early award winners would would go on to careers consistent with their volunteer work. Donna Marcaccio became the director at the Rygiel home. Sam Brownstone ‘s son,  Harvey, would go on to become a highly regarded family court judge.
In the event’s 13th year, Sam Brownstone became very ill, resulting in the floundering of the Max Rotman committee he had overseen. At the same time, a number of agencies were voicing  concerns about what they perceived as a  biased nominating committee. With the entire event threatening to fall apart, the JCC decided to switch the format from a single winner to a more inclusive award ceremony that honoured all the nominees. We probably should have done that sooner since, in Max’s eyes, you were a winner whether you were a star or sat on the bench.
It was the right move. The number of nominees increased dramatically. Since then, most years have seen between 40 and 60 nominees honoured with a medal and certificate at the event, which now alternates between Hamilton’s three main synagogues.
Several years ago, the JCC decided to change the name of the award to include Max’s wife Stella, who served others with equal devotion to that of her husband. Above all, Max and Stella believed in service above self. That is the legacy they left us.