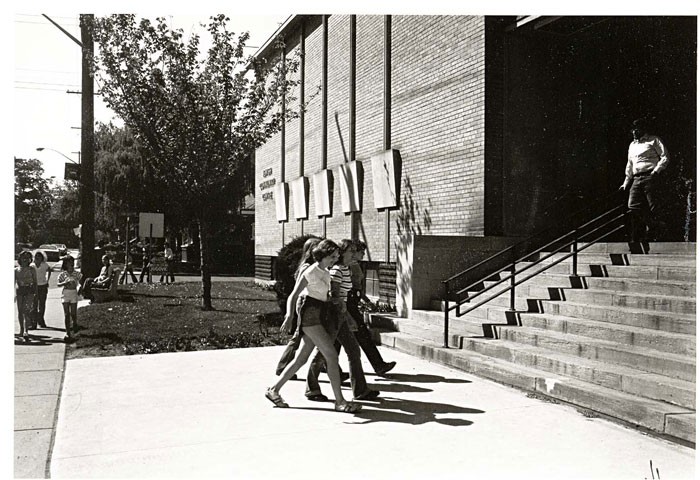 The good old days were wonderful; now it’s time to look ahead. Jewish Hamilton is on the cusp of change. Building on earlier leadership forums, Hamilton Jewish Federation began conducting a series of meetings under the rubric, Community with Open Doors. On January 22, professionals and lay leaders from our city’s Jewish agencies met at Temple Anshe Sholom to dialogue about and begin to set community priorities. Among these preliminary rankings, Jewish education ranked most important, followed by financial stability, bonding as a community, a vibrant JCC and inclusivity in Jewish life.

The premise of this process was based on our belief that, in prioritizing goals, we will be able to focus our energies in a more strategic manner and plan how we might achieve them. During a discussion facilitated by Federation president, Carl De Leon, some participants voiced their impatience with decades of conversations around recurring issues and their desire for action. Others bemoaned the good old days with regard to the JCC. I wondered what’s different today and why does the connection to the JCC on Delaware still resonate so strongly?

From the many conversations I’ve had with numerous folks, I’ve learned that people played basketball, learned Hebrew, met other Jews and socialized at the old JCC at 57 Delaware Avenue; that it provided Jewish cultural programming as well as community celebrations; that it was a place where first kisses took place; and that the atmosphere was welcoming and comforting. In short, the JCC was the thriving hub of the Jewish community in Hamilton for 38 years.

As the Jewish community moved westward, the decision to sell the Delaware Avenue JCC prompted a search for a new location, and in 1988 the current JCC opened on Lower Lions Club Road in Ancaster. But plans to develop the site as a recreation complex went unrealized, for numerous reasons.

One of the most significant changes has been in our demographics. Based on the 2011 StatsCan census, Jewish Hamilton grew by 9.29 per cent overall, with the largest increase in the 65+ year old category.  This demographic shift is also a factor in the decreasing numbers of children attending Jewish day schools, the implications of which are discussed elsewhere in this issue.

Another way in which our demographics changed is an influx of people moving here from elsewhere and a not insignificant increase in the number of Jews by choice. These are folks who, whatever their current involvement in Jewish life, have no emotional ties to “what was”; indeed, what was has no relevance to them at all.

Many of today’s families include two working parents, and the choices for after-school and weekend activities for children are legion. Jewish-themed activities are not necessarily given high priority. Increased choice in the philanthropic landscape is having a negative impact on volunteerism and long-term involvement in our Jewish agencies, as well.

In 1995, the annual Community Campaign raised $850,000 in pledges, and supported eight local agencies, three national and international agencies, four internal programs and cultural programming. In 2014, the Campaign raised $1,115,811 (excluding a one-time gift) and supported more than 20 agencies and programs. While we have raised more money, inflation has eroded its buying power. Essentially, the campaign has remained stable over the years.

The tapestry that is Jewish Hamilton is rich and diversified. It is also unsustainable in its current configuration. So what’s the alternative? Some very practical solutions have already been  identified – institutions sharing purchasing services, security and employee benefit packages – and we are moving forward on these initiatives. More than that, though, the “right” solutions begin with the word, “Imagine.” Imagine a thriving Jewish community in Hamilton that includes a modified campus concept where all Jewish agencies reside in one place, or are near to one another. Imagine a community where there is choice in Jewish education. Imagine a community where the JCC is a true centre of Jewish life and is accessible to all.

Society has changed, and so have we, though it’s no wonder that the echoes of the past still resonate. Given the number of changes our community has undergone in the last 30 years, and the current pressure on the infrastructure of Jewish Hamilton, it is time to adapt from models that are no longer effective towards models that will ensure the viability and richness of this community for decades to come.

We need to reinvent ourselves for the 21st century. Together we can find the right solutions for Jewish Hamilton.