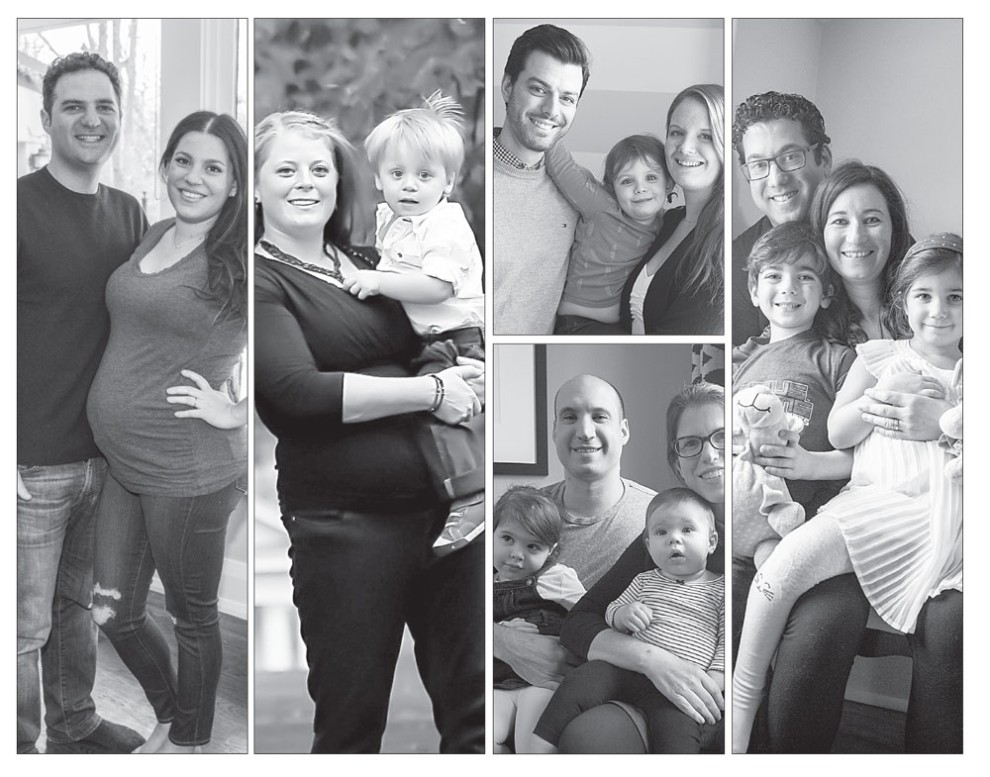 
Millennials – young adults born between the early 1980s and the late 1990s – are the largest generational group in Hamilton, according to the Hamilton Spectator. Among them are Jewish millennials, reversing a long-time trend that has seen young people from our community leave for university, never to return.

The young families profiled in this issue are a diverse sampling of what one assumes is a much larger demographic, but their responses to questions about what brought them to Hamlton (in many cases, back to Hamilton) and how they’re engaging in Jewish life are revealing. While most are making good use of the Jewish services in our community, they also speak frankly about how they could be better served.

Of particular interest is that, with rare exception, synagogue and Jewish organization affiliation is not a priority for this generation. This reality presents a serious challenge to our communal organizations, for if they’re unable to recruit this generation to serve on  boards and committees, and  engage in  Jewish charitable giving, the entire community will bear the consequences.

As our community’s Jewish millennials stand on the threshold of determining the fate of our collective Jewish future, our communal leaders, synagogues and organizations must  rise to the challenge of adapting to meet their needs.

Our summer issue will tackle this issue more directly. For now, your opportunity to meet some of our community’s millennials is here.

7 things that brought them to Hamilton

1. Affordability
Almost all the families say that the move to Hamilton made it possible for them to purchase a home and enjoy a quality of life that would have been out of reach in Toronto, where most of them were living before coming here. Day-care costs and children’s after-school programs are also much more affordable here.

2. The support of family
Eight of the families interviewed for this feature include at least one spouse who was born and raised in the city. That, they say, played a big role in their decision to move back to Hamilton once they were ready to start a family. For Rachel and Bram Rochwerg, both of whom were raised in Hamilton, and whose four children were born within four years, having both sets of parents living in the area “is the thing that keeps everyone sane.”

3. Green Space
The abundance of green space, conservation areas and Hamilton’s accessibility to family-centred activities like apple-picking and maple syrup tasting are, especially for those who have moved here from Toronto, among the city’s greatest assets.

4. Neigbourhoods
“In suburbia everyone had a big backyard a big pool,” said Rachel Rochwerg. “Here (in her southwest Hamilton neighbourhood) you’re in the park all the time ... so it’s very much a community.” “From a neighbourhood perspective I don’t think we’ve ever been happier,” said Alice Mendelson, a Montrealer, who moved here with her husband Simon and their four children two years ago from Zurich, citing the “support, openness and kindness” she’s received from neighbours who take turns accompanying children to the neighbourhood park.

5. Quality of Life
“I have breakfast with my kids every morning, get them dressed and I have dinner with them every night,” said Mickey Zeller, whose Westdale home is walking distance from the hospital where she works.  “We didn’t want to be battling traffic and leaving at 7 in the morning and coming home at 7 at night. That wasn’t the existence that we wanted.” “In Hamilton, I feel a lot less pressure to have my kids doing the latest and greatest  24/7,” said Laura Waltman. “There are lots of opportunities for children’s activities here, but there’s a lot more focus on meeting up at a park, doing something over Shabbat.”

6. Culture
“When I left 15 or 20 years ago, Hamilton was not a good place,” said Ari Levin. “Lots of people were leaving; lots of people were out of jobs ... now, it’s getting to be a place where there’s a nice scene. And there’s a definitely a buzz. Papers like The National Post are writing articles about Hamilton’s affordability and its great restaurants. That definitely makes it more desirable to be here.”

7. The Jewish community
Alice and Simon Mendelson moved to Hamilton from a four-year stint in Zurich, where Alice served as principal of a Jewish day school. She said that in all her travels, she’s never come across an Orthodox school that appeals to families from other denominations the way that the Hamilton Hebrew Academy does. “It’s important for kids to grow up with a variety of different perspectives and different kinds of friends,” said Alice. “I think it’s a strength of the Hamilton Jewish community that you don’t see elsewhere.”

Of the nine families who have very young children, seven have them enrolled in a Jewish pre-school, whether it’s the Hamilton Hebrew Academy, Temple Playhouse, or Kehila Jewish Community Day School.

3. PJ Library
Federation’s PJ Library programs are another popular choice for young families. The programs, which encourage Jewish families with young children to explore Jewish literature at home and in community, are  “a nice way to meet the unaffiliated who I haven’t seen in years and didn’t realize moved back to the city,” said Dora-Ann Cohen Ellison, and even though she’s seeing more families coming out for Temple programs and JCC events “the most valuable are the PJ library events,” because of the program’s appeal to families from across the spectrum.

5. Social media
Getting your name on an email list or “liking” an organization’s Facebook page is all it takes to keep oneself informed about Jewish community events, where everyone is welcome and no membership is required. “I don’t think it matters anymore as much as it did when we were little if you belong somewhere,” said Dora-Ann Cohen Ellison, “because with social media everything’s out there ... It’s more of you can go to any program anywhere and feel as if you’re part of that community.”  Engagement through social media, however, has long term implications for the sustainability of Hamilton’s longstanding Jewish institutions, which have long relied on a membership model that no longer fits with what millennials want.

4 Jewish things they wish were available

1. A bricks and mortar JCC
Almost all those interviewed expressed regret at the loss of the JCC.  “It was a huge part of my growing up and I have very distinct memories of Walkathons and Purim carnivals with kids from everywhere,” said Rachel Rochwerg. “I find now that everything’s so synagogue delineated, and it’s unfortunate, because I think that there’s a benefit to being exposed to all spectrums.” An entirely different perpsective was expressed by Simon Mendelson, who says he’s been impressed the way the JCC programs have been able to attract representation from across the community spectrum.

2. Bagels
“There’s virtually nothing that’s lacking in Hamilton except for bagels,” said Mickey Zeller, who was raised in Toronto where there’s no lack of bagels and kosher food options. Meaghan Eisenberg said the only drawback she can think of about living in Hamilton is the lack of Montreal-style bagels, baked fresh at two locations in her hometown of Ottawa. “Joda and I have joked about opening up a bagel shop,” she said. “For us,” said Laura Waltman, eating in a kosher restaurant is not a big deal, but a kosher bakery would be lovely.”

3.  Jewish education options
Josh Rauchwerger said he wishes that Hamilton had two equally viable Jewish day school options for parents to choose between. “My beliefs may have been in line with one of them, but my kids at this age, need to learn social skills ... So we put them in the HHA even though we’re not orthodox,” he said.  When it comes to Hamilton’s supplementary schools, Joda Eisenberg believes there should be less choice. “I think it’s ridiculous that Anshe Sholom and Beth Jacob are competing for families,” he said. “I think there should be a lot more collaboration ... because at the end of the day we’re a small Jewish community and I don’t think people are necessarily concerned about denominations.”

4. Networking opportunities for Jewish professionals
As a single parent Tova Vertes finds that many of the other young mothers she’s befriended are simply not available for weekend socializing — “If you want to go for a glass of wine or coffee, they’re at home with their husbands.” Undeterred by the absence of a networking group for young Jewish professionals in the city, Vertes is determined to start her own. “If I can put together a coffee date and get three people out to start, I’d be really happy.”