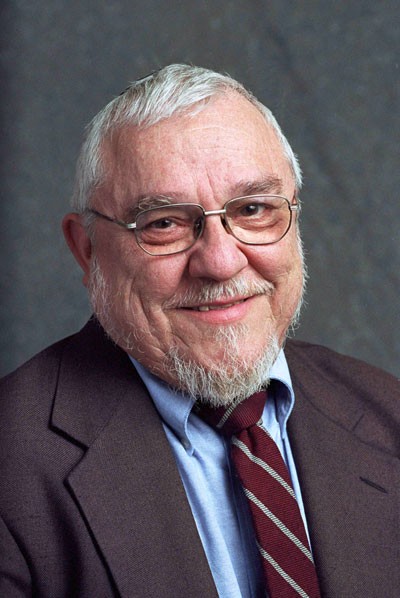 Rabbi Zev Eisenstein was a towering figure who understood the “power of one.” Each person, regardless of age or position, felt ennobled in his presence. His love and care was palpable. It was in this spirit that two generations of Hamilton children were nurtured.

From where does a personality like this emerge? Rabbi Eisenstein attributed his outlook in life to his experiences in elementary school and a teacher who believed in him in Grade 6.

Born in New York City on August 15, 1939, Eisenstein was raised in the Lower East Side. He often said his teachers thought he was an underachiever and forced him to sit on a stool in a corner wearing a dunce cap — a humiliating experience that influenced his decision to become a teacher himself. In Grade 6 he had a teacher who realized that he was bright and had great potential. This teacher instilled in him confidence, self-esteem and the determination to work hard. From this experience, he learned how much power and positive influence a teacher could have on a student. This teacher taught him that he was a 'somebody'. From this he learned that everyone is a “somebody” with great potential.

After graduating from high school, Rabbi Eisenstein spent four years studying in Israel. There he learned a love for the land and developed close relationships with leading rabbinical figures including the famed Rabbi Tzvi Yehudah Kook. While it was Eisenstein’s intent to remain in Israel, circumstances led him back to North America.

On a visit back home to assist his parents, he accepted a teaching position in Seattle, where he had instant success in working with youth and adults alike. During that period, he met Esther, the love of his life, whom he married in 1963.

In 1973, hearing that the University of Tel Aviv was starting a department in speech pathology, Eisenstein contacted his rebbe, Rabbi Moshe Feinstein, to ask for his blessing to return to Israel. Rabbi Feinstein refused, telling his protegé that Israel didn’t need more American rabbis or speech therapists. Rabbi Eisenstein’s unique gifts would have a far greater impact in North America.

Shortly after, Rabbi Eisenstein applied for the position of principal of the Hamilton Hebrew Academy (HHA). The 13th candidate to be interviewed by the school’s board of education, he was offered the job that same night.

Rabbi Eisenstein worked together with Esther, his greatest supporter and the solid rock that provided the foundation for his life-long success in Jewish education and communal life. Together they not only worked tirelessly on behalf of the Jewish community, but they provided a warm environment for their children Chani, Chaim, Bitzallel and Shayna. His beloved Esther passed away in December 2005 and was buried in Israel.

Rabbi Eisenstein served as principal of the HHA for 30 years, and continued to teach for another eight years following his retirement. Loved by his students, cherished by the parent body and respected by his staff, he  was there for anyone who needed him — no matter what time of day. He was also loved and respected by his colleagues on the boards of the Hamilton Jewish Federation, Shalom Village, and those who served alongside him on the Chevra Kadisha.

Eisenstein had a particularly close relationship with the late Rivka Shaffir, a trusted colleague and friend, who succeeded the rabbi upon his retirement.

Rabbi Eisenstein passed away on Nov. 26, 2014. Throughout his years at the Academy, Rabbi Eisenstein stood outside every morning greeting each student with a smile and a “Boker Tov.” He cultivated a culture of Jewish pride, religious acceptance, high academic achievement, personal growth and a sense of being part of a big family. His motto “It’s a beautiful day” is still quoted by staff and students, regardless of whether they knew him personally. His legacy remains and continues to grow and flourish with each passing day.

On May 12, 2015, the Hamilton Hebrew Academy will premiere a documentary honouring Rabbi Eisenstein’s life and legacy. “It’s a Beautiful Day” will showcase the people whose lives were impacted by this great man. The life of Rabbi Eisenstein will forever be a source of inspiration to those who knew him.