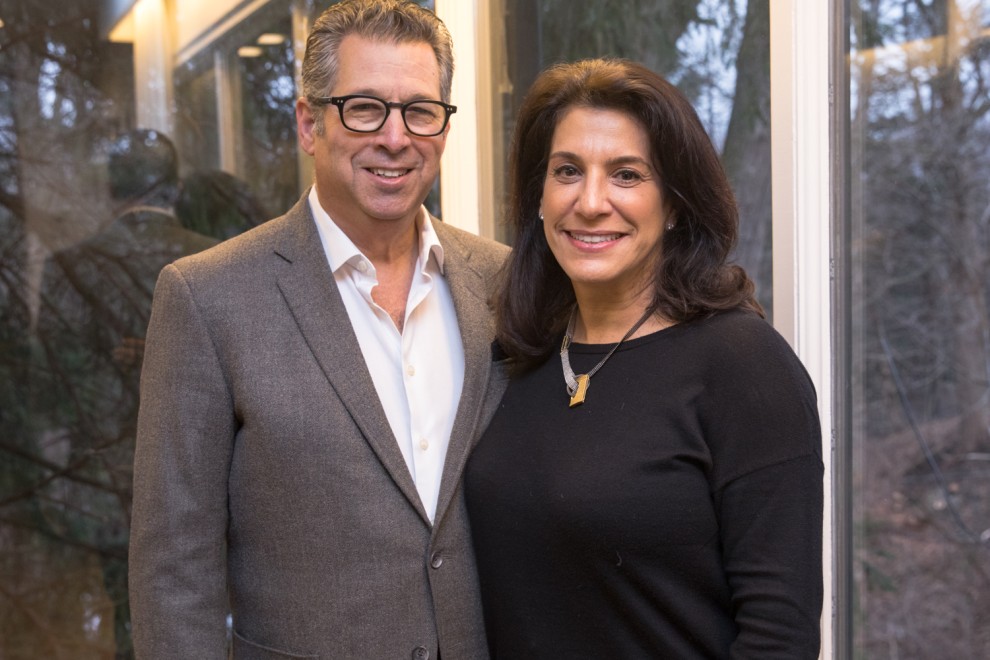 Lowell and Cindy Richter don’t like being the centre of attention, but they will be squarely in the community spotlight at this year’s Negev Dinner.

They will be honoured at JNF Hamilton’s annual fundraising event for years of volunteer service to the community.

“We’re kind of struggling with the recognition because it’s not our comfort zone,” Lowell said recently. “This isn’t something we covet.”

The couple, born and bred Hamiltonians, has a long list of community involvements to their credit. Lowell has been co-president of the Jewish Community Centre and is a director of the Hamilton Jewish Federation, while Cindy is coordinator of the Out of the Cold effort and served five years as president of Beth Jacob Synagogue. That’s in addition to being president of the local Hadassah-WIZO group and other commitments.

For Cindy, the attention being focused on them is a way of bringing awareness to the community efforts they support.

“This is a way to support things we care about,” she said. “We hope it will inspire other people to get involved.”

For the Richters, being actively involved in good works and seeing the results is almost more important than simply writing a cheque.

“You have to be there to support the cause and to talk about it,” Cindy said.

Seeing the results of their work, she added, is especially clear in the Out of the Cold dinners “where people walk in hungry, defeated and cold but can walk out having received what may be their only meal and smile that day.”

For both, their volunteer efforts are also a way of showing gratitude for a good life.  “We’re lucky enough that we can do this, that we can afford the time,” Lowell said while Cindy adds, “It’s really important for people who identify as being Jewish to be out there and to be seen in a positive way.”

Despite their shunning of the spotlight, their efforts have not gone unnoticed over the years.

Gustavo Rymberg, CEO of the Hamilton Jewish Federation, for example, met Lowell, who was part of the search committee that recruited him, before he even came to Hamilton.

“I think they are excellent community members, the kind of people any Jewish community would be happy to have as members,” he said. “They are people you can really count on as friends.”

Rabbi Dan Selsberg worked closely with Cindy during the years he held the pulpit at Beth Jacob when she was president of the congregation and remembers the spiritual sense she brought to the job.

“She brought an incredible work ethic and a real sense of responsibility to the position,” he said. “We always knew that the buck would stop with her whenever something needed to be done.”

“She really cared about the details,” he added. “Leading the synagogue was a holy act to her.”

As for Lowell, Selsberg remembers a man who lived his values. “He would say Cindy does the do-gooder stuff, but he has a strong moral compass of his own.”

A woman who has worked with Cindy Richter on the Out of the Cold effort, says the passion she brings to the feed-the-hungry campaign shines.

“I think she’s a spiritual person and very grateful for her own circumstances in life, for a healthy family,” she said. “She often speaks of the need to help other people because of the good fortune we have."

“They’re so deserving and  modest, and prefer to be under the radar,” she said. “They are the kind of people who roll up their sleeves and get things done. When you go to any event in the Jewish community, they’re there.”

The Negev Dinner will be held Tuesday, June 2 at LIUNA Station on James Street North. The guest speaker for the evening will be New York Times journalist and author Bari Weiss. She will tackle how to combat antisemitism.

“I think this is important, given the climate of antisemitism today,” Polgar said. “I think she is going to be a major draw.”

Proceeds raised by the event will support the building of a JNF Canada House of Excellence in Sderot, Israel by Keren Kayemeth L’Yisrael.

That project, Polgar said, is part of an effort to build up the areas in the periphery of Israel.

“The kids out there don’t get the opportunities and advantages they receive in the core,” she said.

Tickets for the event are available through the JNF Hamilton office or online at JNFHamilton.ca.