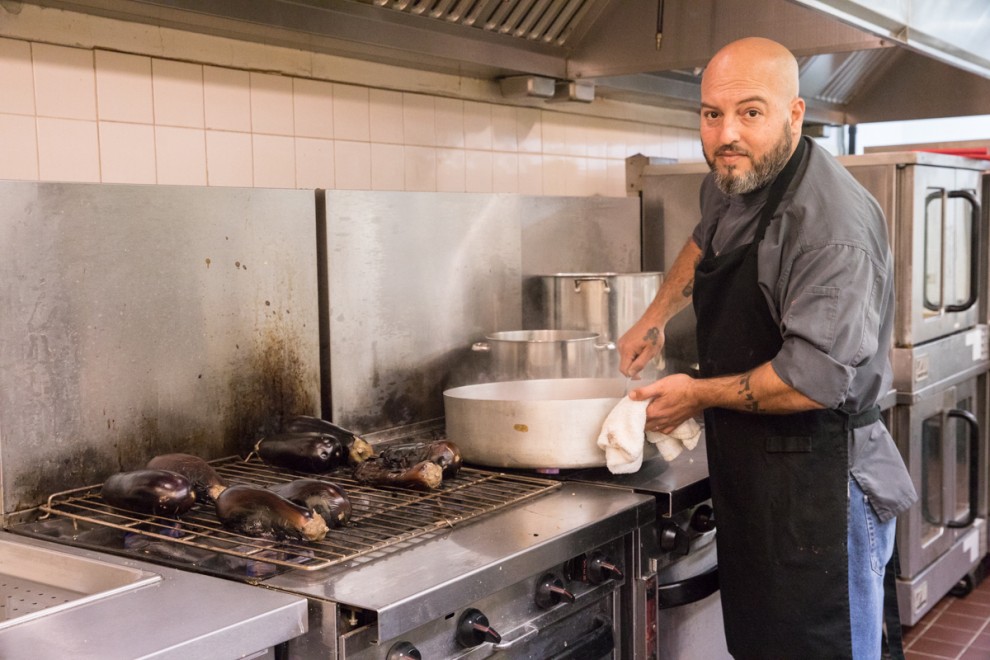 When the coronavirus pandemic began sweeping through the Hamilton area in early March, local chef Max Bida decided he had a role to play.  Bida, his wife Alla, and their two young children have been living in Hamilton since September 2015, after immigrating to Canada from Israel.  Resourceful and entrepreneurial, Bida was confident in his ability to navigate the crisis, despite having to put his culinary consulting business on hold. Eager to put his culinary skills to use on behalf of the community, he reached out to the Adas Israel’s Rabbi Daniel Green, Hamilton Jewish Family Services executive director Alexis Wenzowski and Hamilton Jewish Federation CEO Gustavo Rymberg with an extraor­dinary proposition.

“Who can I cook for?” was the question Bida posed to Rabbi Green during their initial conversation, and, with those words, planted the seed for what has become Hamilton’s first kosher meals on wheels program. Here, Bida tells the HJN what motivates him to help others.

Q. Can you tell our readers something about yourself.
A. I grew up in jaffa. I was in the security business before I came to the culinary business. I became a culinary consultant for various restaurants, mostly in Tel Aviv.  When we came to Canada, I worked at Parallel in Toronto for two years, commuting five to six days a week. My wife, Alla, is the homemaker. She’s the minister of everything. I go to work. I cook.

Q. How and why did you come up with the idea to feed the community?
A. I’m what you call my father’s boy. My father was a Holocaust survivor, and he always told me that through your deeds, you can make someone happy and he, in turn, will spread that happiness to someone else.  I can’t change the big picture, but I can make my little corner of the world happy.  When I came here, people helped me and I need to do the same for other people, whether they’re newcomers, homegrown Canadian, or whatever. Anyone who needs help, I’ll give it to him.

Q. You’ve refused to be paid for your work. How are you managing?
A.  I am worried a little bit about the money that I’m not bringing in. I was supposed to start another project before this happened, but we deferred our mortgage for six months and took down one car insurance. We’re surviving. It’s okay. Right now I’m more focused on helping people.

Q.  Are there guiding principles you live by?
A.  Yes. Family first. Money after. And you don’t measure family by blood. I have friends over here who are my family. I have a community who, although not as close, are still family. When I was a child, I would go to my Muslim neighbours after school if my mom was not home, and eat at their place. If we needed to buy something, we would go to our neighbours to ask who they’d recommend. That community life, that community idea is almost lost. When I think of an isolated senior receiving a good meal one day a week, together with a few kind words that bring a smile to his face, it’s enough for me.

Q. What does your week look like?
A.  I spend three days in the Adas kitchen, the rest of the week in my garden. I’m what you call an “A” type. I wake up at five in the morning, do stuff around the house. I’m in the backyard. I’m in the front yard. It keeps me busy.

Q. How much longer do you see yourself doing this?
A.  As long as we can stretch it. It’s a win win situation.  I think something like this should be on a regular basis even without COVID-19. There are always people in need.

Q. What would that look like?
A.  It would actually look like a business. A part of it would involve selling meals and with what we sell, moving that forward to donating, helping, promoting, giving and growing the community. The idea is to make the community stronger, not just Jews for Jews, but by being a platform that would show other communities how an idea like this could work.