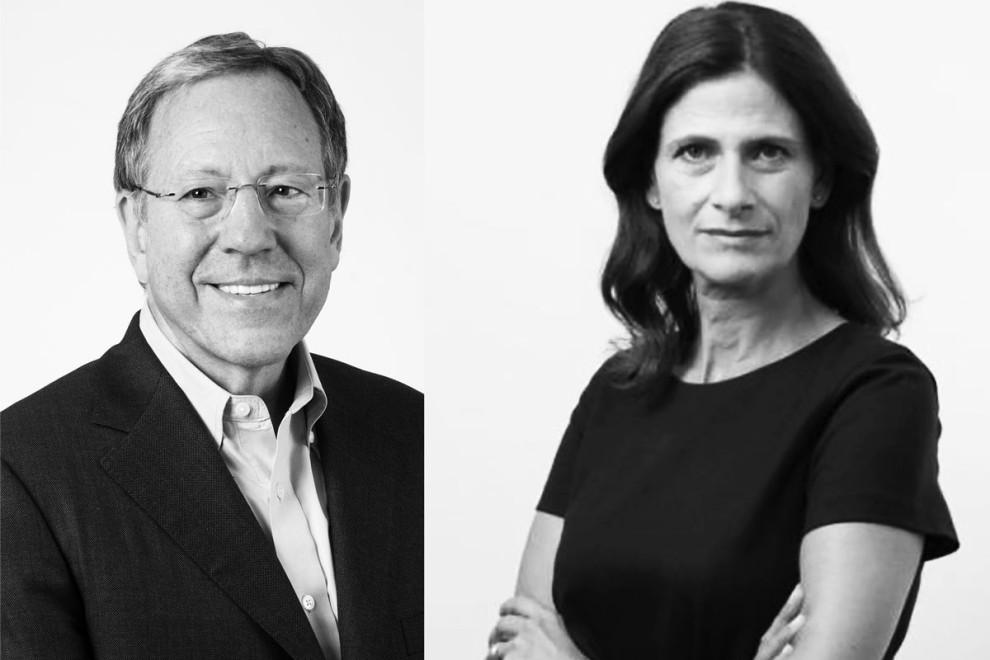 Humanity’s oldest hatred wears a new mask today, but for Irwin Cotler its message is the same as always – blame the Jews.

The former federal Justice Minister and Attorney General of Canada said at the launch of the Hamilton Jewish Federation’s annual fundraising campaign on July 29 that the old hatred now hides behind claims of protecting Palestinian human rights but is expressed in claims such as “the Jews” created, spread and profit from the COVID-19 pandemic.

Cotler argued the line between legitimate criticism of a government’s policies and antisemitism is crossed when the focus becomes one man walking his dog on a Canadian street, not the Israeli government in Jerusalem.

Cotler knows about antisemitism. He led the federal government’s recent emergency national summit on the topic and is Canada’s special envoy for Holocaust remembrance and antisemitism.

He said the summit concluded that focused government action is needed to combat antisemitism. Such a program must include mandated Holocaust education, laws to target Holocaust denial, adoption of the International Holocaust Remembrance Alliance definition of antisemitism, action to implement Parliamentary resolutions to make combatting antisemitism a government priority, increased security funding for Jewish institutions and efforts to control antisemitic messages on social media.

“Jews cannot combat antisemitism alone,” he said. “It needs a global commitment of conscience and action.

“Antisemitism must be unmasked, exposed and defeated. Combatting antisemitism cannot be a one-time effort.”

He told his audience the people who sent 17,000 tweets in May proclaiming “Hitler was right” to try to eradicate the world’s Jews weren’t standing up for displaced Palestinians, they were preaching hatred against one group of people.

Antisemitic messages like that, Cotler said, are really a warning for the rest of the world because Jews are only the first target.

“We are witnessing a new old antisemitism,” he said. “Antisemitism is the canary in the coal mine of global hate.”

Michal Cotler-Wunsh, former member of Israel’s Parliament, counter-terrorism researcher and Cotler’s daughter, said an especially troubling part of the continuing hatred is the double standard that condemns Israel for trying to protect its citizens, but not the Hamas terrorists who hide their homemade rockets beside schools and then fire them indiscriminately at Israeli civilians.

Those attacks are very real for her, she said, telling of an evening walk with her parents in Jerusalem interrupted by sirens warning of incoming rockets. In another incident, an attack came while she was driving between cities, forcing her to lie on the side of the road “watching a sound and light show coming out of Gaza targeting our children.”

The new expression of antisemitism has created many challenges for Jewish communities, but college and university students face an especially troubling world.

When they return to their campuses in September, she said, many will feel forced to choose between their Jewish identity and supporting the progressive causes to which young people are attracted. To navigate that ethical minefield, she added, they will need the support of the kind of agencies funded by community appeals.

“Students can’t be left on their own on campus,” she said. “We have to equip them to withstand the tremendous pressure they are going to face.”

Much of that support will be provided by Hamilton Jewish Federation’s annual campaign, which seeks to raise almost $1.7 million from a local Jewish population of about 5,000.

The target is 18 per cent higher than the total of $1.5 million gathered last year.

Supported programs include education initiatives such as the Hamilton Hebrew Academy and synagogue religious schools and social service efforts such as Hamilton Jewish and Family Services.

Federation CEO Gustavo Rymberg said the past year was a troubling one, making the success of this campaign even more important.

“As the main supporters of our city’s Jewish human services agencies, we help those with special needs, families in distress and people struggling with mental health issues, drug addiction or other overwhelming life challenges — all of which not only increased last year but made us more aware of the situation,” he said.

In a world where antisemitism grows daily, Rymberg said support for Jewish advocacy agencies such as UIA Canada and the Joint Distribution Committee become ever more important.

“With the undeniable rise in antisemitism and hate, we are actively involved in making the world a more secure place. We are doing it together with CIJA (the Centre for Israel and Jewish affairs) and The Jewish Federations of North America,” he said. “These partnerships are focused on providing security training for our Jewish communal institutions, as well as high-level national affiliation with federal, provincial and local law enforcement.

We are keenly aware of the growing antisemitism and BDS activity aimed at weakening and diminishing our value as a people and a community. Therefore, we must maintain strong relationships with all of the Jewish community advocacy organizations and work together with them on critical incident intervention as well as long-term strategic relationships.”