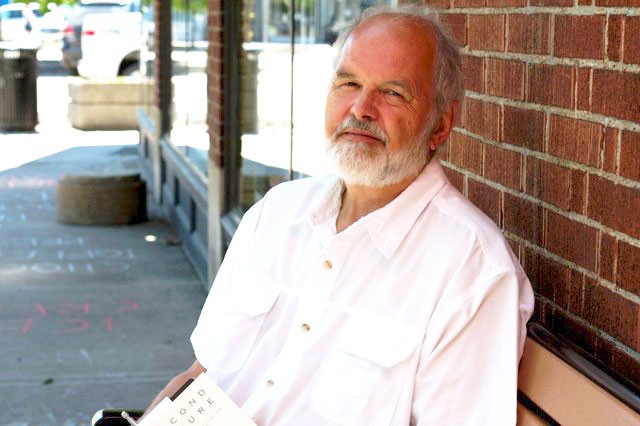 For 12 years recently retired Milton District High School principal Ian Jones was a man with a mission.  A recipient of the Halton District School Board Award of Excellence, the city of Milton's Citizen of the Year Award and voted one of Canada's 30 outstanding principals, Jones took provincial recommendations regarding anti-bullying programming to a level no one could have imagined five years ago by establishing  One School, One Voice, One World, a bold initiative that used the study of the Holocaust as a jumping off point to teach tolerance.

To say that Jones's working style was "hands-on" does not begin to describe the lengths to which he went to implement his vision. He personally supervising the writing of two separate curricula on the Holocaust (which have been adopted by other schools),  took staff and students to numerous Holocaust museums in North America,  organized a Holocaust conference at his school (attended by 1800 people) and  led no less than five student trips to Auschwitz and Eastern Europe.

There is no apparent link between Jones's evolving interest in Jewish history and the Holocaust and his background. Born in Wales 65 years ago, Jones's family came to Toronto when he was 11.  He attended university, married and moved to the Campbellville area. Jones attends the Hamilton Christian Fellowship Church.

"I always had a heart for Israel and for the Jews," he said.  But a closer look at the Jones family does reveal why issues of tolerance and diversity are also close to his heart.  He and his wife, Annie, raised six children, three of whom are adopted.

"When Elizabeth and John went to grade school, there were 500 kids in that school and the visible minority was them," he said.  Since then (today, his children range in age from 21 to 36) the visible minority population in the same school today is close to 50 per cent.


"I've tried to get a very simple message across to the kids, that when difference leads to hate it's wrong." That difference can take any number of forms, he said, like a child getting teased in the playground for wearing glasses. Jones teaches his staff and students that the difference between that kind of seemingly innocent teasing and what happened to the Jews in the Second World War is not one of kind, but of intensity.


Most people who have visited a death camp will probably tell you that once is enough. Jones has led five trips.

"I can't explain why there's a draw for me to go to these camps," he said. "It's a terrible place to go but there's just something about the connection you make with people who experienced it. I have some very dear friends who are survivors and I have an enormous respect for them."

One of those friends is local survivor and former co-chair of Federation's Holocaust Education Committee, Nadia Rosa.

"I've worked with many wonderful and dedicated teachers of the Holocaust but none as outstanding as Ian Jones," she said. "I saw from the sidelines his wonderful rapport with the students and his gift of pedagogy. Taking students to the places where the actual atrocities occurred is leaving a lasting impression on young people who will have to fight against the rising tide of Holocaust deniers."

Last October Jones was back in Auschwitz with yet another group of students, on a trip that included stops in Berlin, Krakow, Budapest and Prague. After visiting SchindlerÕs factory in Krakow he was leading his students through a debrief at the hotel dining room when an elderly man approached him.

"He put his arms out and started to weep openly." The gentleman proceeded to tell Jones and his students about how he was arrested at the age of 17 by the Gestapo  for handing out anti-Nazi pamphlets  at his high school, sent to Sachenhausen, then Auschwitz and never saw his family again.

"What you're doing with these kids is so important because one day someone will say 'this never happened.'"

Just before retiring a year ago, Jones, 65, published a beautiful coffee table book that juxtaposes iconic images of Jews at the infamous death camp with his own photographs of MDHS students coming face-to-face with unspeakable evil.