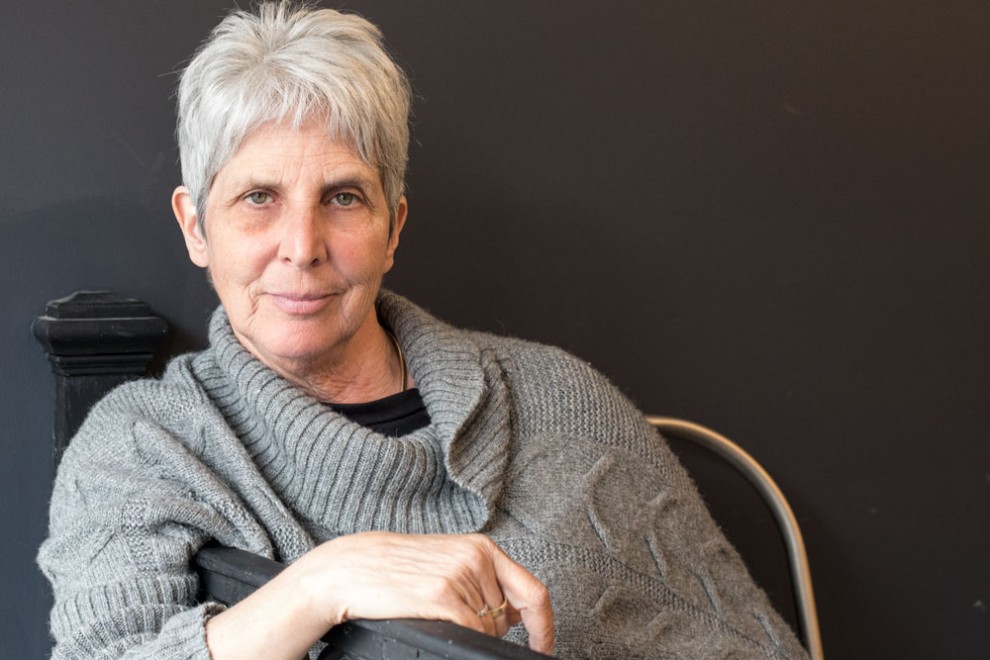 March 2019
Abigail Cukier
If you ask Wendy Schneider what her role has been in Jewish Hamilton, she would say to tell and preserve the stories of this community and its people. And while this is an extremely important role, Schneider goes beyond sharing and safeguarding our history to tirelessly contributing to it.
And now the longtime editor of the Hamilton Jewish News is being recognized for her dedication. Schneider is among the 73 nominees for the YWCA Hamilton’s 2019 Women of Distinction Awards. Across Canada, YWCAs honour the achievements of those who have made an impact on their communities. Hamilton award recipients will be announced at the awards evening on Thursday, March 7. Schneider is nominated in the Community Leadership category.
Gustavo Rymberg, CEO of the Hamilton Jewish Federation, who nominated Schneider, said she enriches the lives of others “with every program, lecture, picture or event she touches.”
“Wendy never stops. She shows ongoing initiative, leadership and dedication,” he says. “She learns and she shares. She demonstrates innovation and creativity in delivering lasting results.”
Schneider said she was completely surprised by her nomination. “I was deeply touched that the Hamilton Jewish Federation chose to honour me in this way,” she said. “I’m also really proud to see Hamilton’s Jewish community represented by such a significant organization as the YWCA. It’s a huge honour.”
The list of Schneider’s contributions is long, but she is particularly proud of the Jewish Hamilton Project, which she collaborated on with (now retired) McMaster sociology professor Billy Shaffir in 2004-2005. They fundraised to cover the costs of producing a DVD documentary that presents an extensive oral history in which old-time community members recorded their memories of Jewish life in Hamilton.
When Beth Jacob Synagogue was going through a difficult transition, Schneider and co-president John Levy were instrumental in hiring a dynamic rabbi and fundraising for a major renovation to build the Richter chapel. Schneider also spearheaded the shul’s 125th anniversary celebration, produced an oral history documentary about Beth Jacob and contributed to publishing the keepsake Beth Jacob Family Album. Funds raised from that project were used to transform the shul’s former chapel into the Rose and Phil Rosenshein Museum at Beth Jacob, which promotes understanding and respect for the history of the Hamilton Jewish community through research, stewardship of collections and public outreach.
“I feel very blessed to have been raised in a family where generosity and philanthropy were core values. My own way of giving back has been about illuminating for others the fascinating history, personalities and institutions that have always defined Jewish Hamilton. It’s been incredibly rewarding,” said Schneider.
In her nomination letter, recently retired Beth Jacob executive director, Hanna Schayer, wrote, “There is a thread that runs through Wendy Schneider's volunteer community engagement that can be summarized in three small words, Service not Status.” The tapestry of our communal lives is enriched by every volunteer commitment Wendy has made. She is our advocate, a documentarian of our lives, the storyteller of Jewish Hamilton. We are stronger because of her, and more confident of our place and purpose in the larger Hamilton community which we call home.”