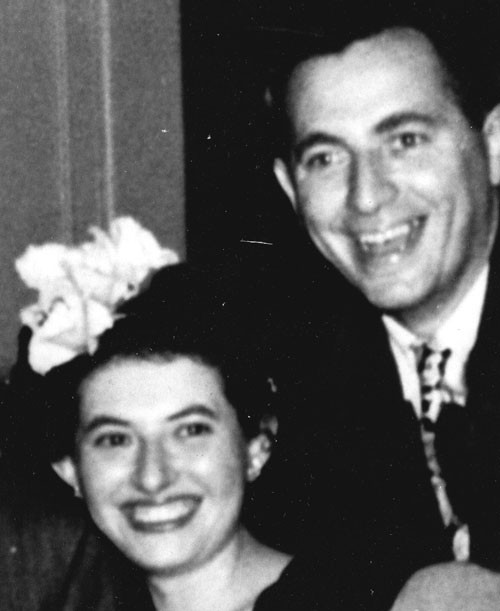 The streets of many major cities in North America are swelling with immigrants, mostly from Europe.  Those who have come to Canada have two things in common: they want a better life for their families - and most don't speak English.

My mother, born Helen Annie Zucker, has just turned four the month before. Her five-year-old friends are already in kindergarten and for whatever reason, she wants to go too.

So she marches down to the school and tells them she wants to enrol. They ask:  What's your name? (Easy) Where do you live? (Also easy). What are your parents' names? (Not a problem).  Then the big one: How old are you? Without missing a beat, she looks them straight in the eye and says: I'm five. And where are your parents?  They don't speak English. That's enough for the school. She's enrolled.

So began what I believe is a lifelong love of learning. She enjoyed reading so much that by 11 she had read every single book in the children's section of the Hamilton Public Library. But nothing came close to the movies, sneaking out of school on Thursday afternoons in favour of the latest flick - preferably a love story.

Maybe it was because of her love of reading or the movies or a combination of the two that my mother became a fabulous storyteller.  She could talk about anything - a story she heard on her beloved CBC, a recipe she had used for the first time or a book she had just read.

She used to tell stories of my grandparents growing up in Poland - having never set foot there - but describing them and their surroundings as if she had lived there all her life.


Each member of our family has his or her own favourite story that she used to tell - many of which revolved around growing up on York Street or my grandmother's delicatessen.

She told me she learned how to tell these stories at the home of her uncle Srlka - the other Zuckers.  It was there, she said, that each child was told to stand up and talk before eating dinner.  This storytelling ability may have been the reason why she was chosen to host the Yiddish Hour on CHML when she was 15 and many years later was featured in the Jewish Hamilton Project.

She told us that when she was growing up, it was in a home that was freilach and warm and full of love - where they had many discussions on history and current events, listened to music and talked about the movies. It was this kind of renaissance upbringing that she brought to the Yellin household.

My mother lived life to the fullest - but she also had extreme heartbreak. The death of my sister Louise at age six had a profound effect on my mother. No matter what kind of unhappy event took place in my life, she told me nothing was worse than losing a child.  But it did get worse when my brother Paul died 12 years ago. At that time, she stood up and gave a eulogy about her two children and a heartfelt analogy about their loss as jewels - without a note in her hand or a tear in her eye. People sat in awe listening to her story and feeling her strength.

Growing up, my mother always told us she had the best kids - or at least most of the time. She loved her daughters-in-law and her new son-in-law. She was crazy about her grandchildren and their spouses and adored her great-grandson Aaron. Her sisters, Esther Alexander and Bella Muller, were her closest friends.

Susan Yellin is a writer living in Toronto.