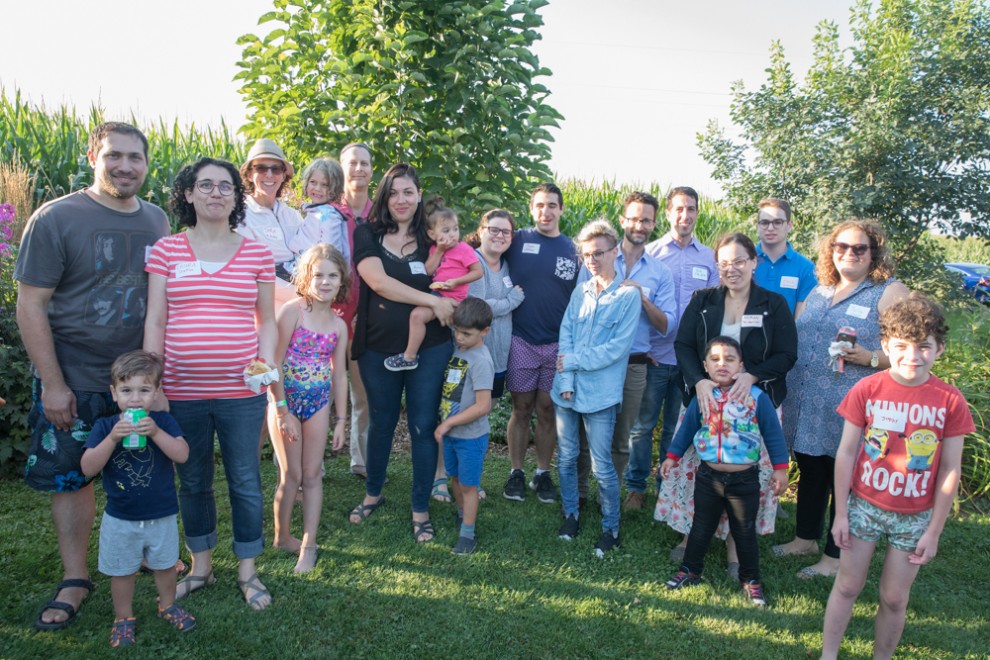 These are exciting times in our community. In the past three months, Hamilton Jewish Federation’s Grow Hamilton Committee welcomed 13 new Jewish families to Hamilton, and fielded inquiries from an additional five families considering a move to Hamilton. We also “welcomed back” two people who moved back to Hamilton after many years living away.

Where do they come from? Recent Jewish newcomers have come from Montreal, Owen Sound, Toronto, Winnipeg, Kitchener-Waterloo, London, Fredericton, New York, and Israel. Some of the newcomers came from other countries (Israel, Brazil) to one of these other cities first, and then after a year or more, decided to move to Hamilton.

Why are they choosing Hamilton? Some have found work in the GTA or right in Hamilton. Some would like to be in the GTA and have found Hamilton more affordable than Toronto. But more than that, there is a great buzz in the air about Hamilton. If people are interested in proximity to the GTA, they could settle in any number of locations but they chose here because they are hearing great things about Hamilton’s Jewish community. Not only do we have a beautiful city with excellent employment opportunities, a wonderful arts scene, easy access to major highways, and beautiful natural surroundings, we have three active synagogues, two Jewish day schools, three supplementary Hebrew schools, a well-run Jewish summer day camp for kids, and social, educational, fundraising and political networking activities for adults of all ages. There is a lot going on here, and we are a welcoming community.

How can you help?  If you know of a Jewish person or family who is moving to the Hamilton area, please direct them to jewishhamilton.org/growhamilton. If you’re willing to pick up newcomers at the airport, deliver a home-cooked meal for their first night in Hamilton, or help with unpacking their moving truck, please contact the Grow Hamilton Committee at byrnewolfson@gmail.com.

Finally, if you know of anyone considering a move to Hamilton, tell them how great it is to live here. Let’s continue to get the word out that Hamilton is an excellent, affordable destination.