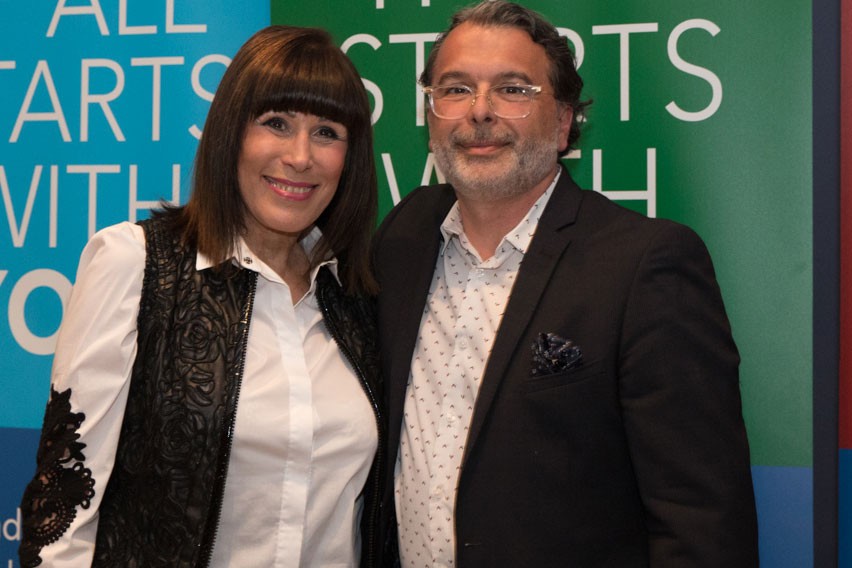 Honouring families who have established endowment funds with the Hamilton Jewish Federation was a highlight of Federation’s annual general meeting held at the Hamilton Spectator auditorium on May 29.
After official business was concluded, an inaugural ceremony was held in honour of the first 10 participants in Hamilton’s first Book of Life program. The Book of Life is an ongoing program that recognizes donors who leave a charitable legacy through Federation’s Legacy Endowment Fund. Among this year’s 10 signatories were Wendy Schneider, representing the Lillian and Marvin Goldblatt Family Fund; Milli and Ben Gould, representing the Allen and Milli Gould Legacy Endowment Fund; Elaine and Cuppy Katz, David and Bonnie Loewith, representing the Loewith Family Legacy Endowment Fund; Gale Halpern, representing the Lore and Erwin Jacobs Holocaust Education Fund; Marisa and Gustavo Rymberg, Lisa Morris, representing the Morris Family Philanthopic Fund, Paul and Susan Roth, Allen Wynperle and Terri Lewis, who endowed her Lion of Judah gift.
The signing ceremony marked Hamilton’s joining the ranks of a growing number of Jewish communities that similarly recognize donors who contribute to community endowment funds.
“A healthy community endowment fund is a testament to a community’s faith in its future,” said Rymberg, adding that Hamilton’s Legacy Endowment Fund has seen considerable growth over the last year.
“It’s not a question of how much money you give. It’s about giving back to those organizations that have made a difference in your life.”
Whether it be with a cash donation, a trust, life insurance policy or a bequest, opening a fund with Hamilton Jewish Federation’s Legacy Endowment Fund will help ensure a thriving and sustainable Jewish community.
Hamilton’s Book of Life is on display at JHamilton, and its stories will be uploaded to an online archive. To inquire about participating in next year’s ceremony, please call Gustavo Rymberg at 905-648-0605.