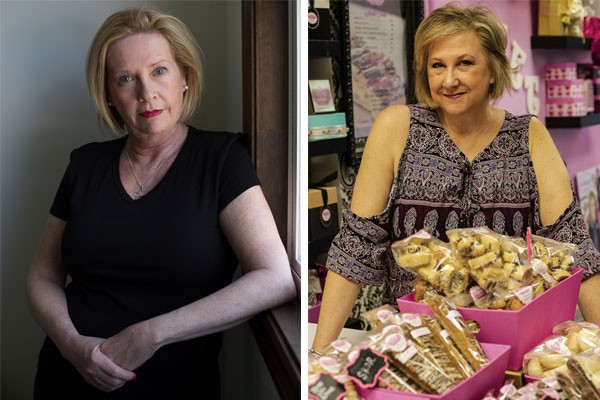 Amy Back started her business Computer Help for Adults two years ago, after recognizing that her senior citizen friends had nowhere to turn when seeking computer help. “I realized that while there were businesses that did computer repairs, nobody was coming to the house to help you if your solitaire game froze, or if you wanted to learn how to attach a photo to an email.”

New entrepreneurs might have some background in the sector that they want to operate in, but there will always be a certain degree of knowledge deficit. Back found this to be the case with her first two clients, who were seeking help on specific digital projects. “Whatever I knew was more than they knew,” she told herself.

GIVING BACK TO THE COMMUNITY

Giving free presentations to seniors’ groups on the basics of social media, is something Back always makes time for.  Her passion for expanding the world of older adults through technology was undoubtedly a contributing factor in Back’s being awarded YWCA Woman of Distinction award last March, in the category of business leadership and entrepreneurship.

“My learning curve over the last two and a half years has just been through the roof because I never know what I’m going to have to do. It makes my day interesting and I’m learning all the time.”

After working for 35 years as an optician, Debby Stroud decided to turn her lifelong passion for baking into a small home-based gourmet bakery business back in 2009. In 2011 Stroud opened Hotti Biscotti in Westdale Village. Before long her signature soft biscotti were being sold in café’s and restaurants throughout Hamilton. Today Hotti Biscotti is a full-service catering company at a new location on trendy James Street North.

As part of James Street’s booming food scene, Hotti Biscotti has made a name for itself for its innovative flavour combinations for its classic biscotti and wide range of other handmade goodies. The shop’s walk-in traffic includes the four-legged variety, who regular drag their owners to its front door to help themselves to strategically-placed dog biscuits. It’s a goodwill gesture that Stroud, a dog lover, began back in her Westdale Village days. Being part of the mutually supportive community of James St. North “foodies” has been good for Stroud personally and great for business, and she doesn’t hesitate to send customers across the street if she doesn’t have what they’re looking for.

“I love what’s happening in Hamilton. if you ever told me years ago I’d be moving to James Street, I would have thought you were crazy. Now that I’m a part of the foodie group, it’s wonderful.”