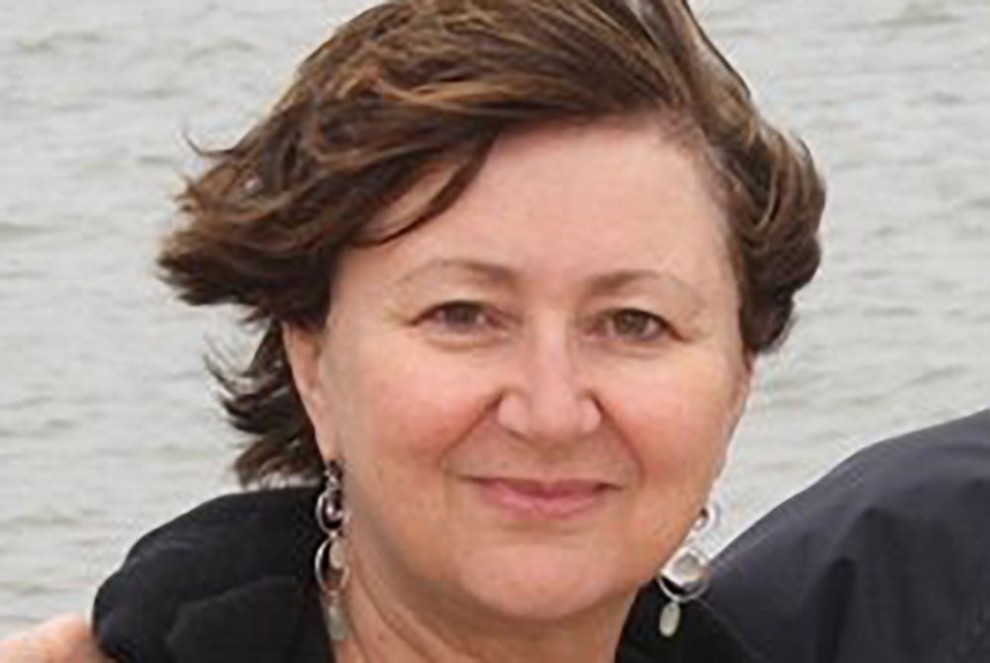 The distinctive Irish brogue, the warmth of her smile and her embracing openness made Trish instantly appealing to all who knew her.

Patricia Tolkin Eppel was a powerhouse of a woman, driven by a love for Judaism and a desire to see Jewish life lived to its fullest in her communities. She grew up in Ireland, the daughter of a family doctor, much beloved by his working-class patients, in an environment that fostered her idealism and social activism.

At her funeral, Trish’s husband, Alan, recalled his wife’s own active role in helping Jews get out of the former Soviet Union and the intellectual rigour that saw her gain acceptance into Dublin’s renowned Trinity College and place second among all students in every Bachelor of Arts degree program at the university.

The Eppels moved to Hamilton from Ireland for Alan to complete a residency in psychiatry and for Trish to begin her graduate work in psychology. The plan was to stay a few years, then make Aliyah to Israel after Alan completed his training.

Through common interests and a need to bond, the Eppels connected with other newcomers to Hamilton, and formed friendships that have lasted 45 years. In the absence of extended families, they formed a group to socialize, celebrate holidays together and help make life easier and more enjoyable for each other. Trish and Alan were central to this group, generous with their time and commitment. When their year in Israel didn’t work out as well as they had hoped, they returned to Hamilton and Dundas and quickly resumed their ties. Eventually, Trish brought her family to Canada from Ireland. First, her brothers arrived and then her parents.

Trish was always quick-witted, smart and energetic with a quirky sense of humour and an uncanny ability to mesmerize people. Who can forget her dexterity with card tricks? Her meticulous planning and her poker face inevitably led to the realization that Trish was, one more time, the successful trickster. Trish entertained and had total control of situations. The words ‘I goofed’ were not part of her lexicon. She was competitive, but ever the gracious winner.

In the early 1980s, Trish, along with Rivka Shaffir and Shifrah Alleson launched a Na’amat group that continues to this day; a vibrant and important organization in Hamilton. At the time, most of the members were new arrivals to Hamilton and Na’amat became the basis of many attachments. Trish was Na’amat Hamilton’s first president and a significant figure in the development of the chapter.

Professionally, this period marked Trish’s entry into the world of Jewish philanthropy and the Federation system. She began with a several-year stint as editor of the Hamilton Jewish News, where she covered a wide range of community news and skillfully articulated the case for giving to the annual UJA Campaigns. So fully did Trish identify with Federation’s mandate to care for the wellbeing of Jews everywhere, that when the executive director position became available she must have felt that destiny was calling. HJN editor Wendy Schneider and longtime Federation staff member Christine Nusca, who served under Trish during her eight years at the helm of the Hamilton Jewish Federation, remember her tenure as a time of high morale, productivity and common sense of purpose, a direct result of Trish’s energy, vision, and collaborative leadership style.

Trish went on to leave her mark in Toronto where she served as project manager of what would become the Lebovic Jewish Community Campus in North Toronto, and as a fundraiser for the Mount Sinai Foundation.  At her funeral, Alan Eppel said he had learned that a former UJA Federation of Toronto executive director had stated that, had it not been for Trish, the Lebovic campus would never have been built. She excelled at her work at the Mount Sinai Hospital Foundation and facilitated a $20 million donation from one of the donors.

After she left the Hamilton community, Trish made a point of maintaining some of her long-term connections. In the last year, as her cancer prognosis worsened, Trish continued to meet up with close friends, all now older, and still laughing and crying at the recollections of a rich past.