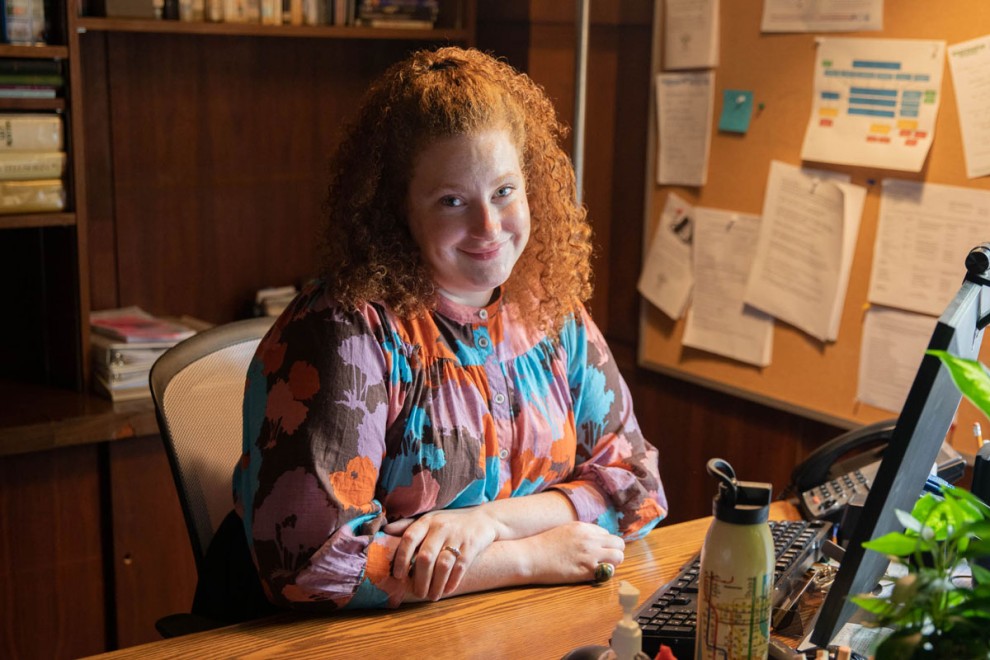 Tal-Or Ben Choreen had been living in Hamilton for just over two years when a job posting from Beth Jacob Synagogue last spring caught her eye.

Born in Ottawa, Ben Choreen spent a number of her formative years in Israel and has a PhD in art history. She also has many years of experience working for Jewish organizations, including Hillel Ryerson and the Azrieli Foundation in Montreal.

Since being hired as Beth Jacob’s synagogue manager last May, Ben Choreen has been hard at work behind the scenes, but she looks forward to meeting more of the Beth Jacob community this fall.

Her role is multi-faceted.

“As of right now, I’m wearing multiple hats. Especially now that the rabbi isn’t here, (Rabbi Hillel Lavery-Yisraeli ended his term in July) there are a lot of responsibilities that need to be filled. My hand is in every single committee right now.” She also sends out weekly emails, coordinates the staff and organizes weekly kiddushes.

“I’m really hoping to encourage a warm and welcoming community experience overall. I know that this is a fairly tumultuous period for a lot of folks in the Beth Jacob community and I just want to make sure that I‘m there to show them that someone’s listening to their concerns and respond to them as best as I can.”

Ben Choreen has received invaluable support from long-time synagogue staff, volunteers, and members of the executive who have been particularly helpful.

“I’ve been leaning on them a lot,” she said. “I would not have been able to achieve anything without the support of the membership that has really stepped up during this period.”

Executive committee member Hanna Schayer, who also served the synagogue as its executive director for many years, was on the search committee that hired Ben Choreen.

“Imagine conducting a job interview where the candidate — very well educated, highly intelligent, thoughtful and personable —  wants to support the Jewish community by working within it. We struck gold with Tal-Or and have been pinching ourselves ever since,” she said, adding that Ben Choreen is “the right person at the right time.”