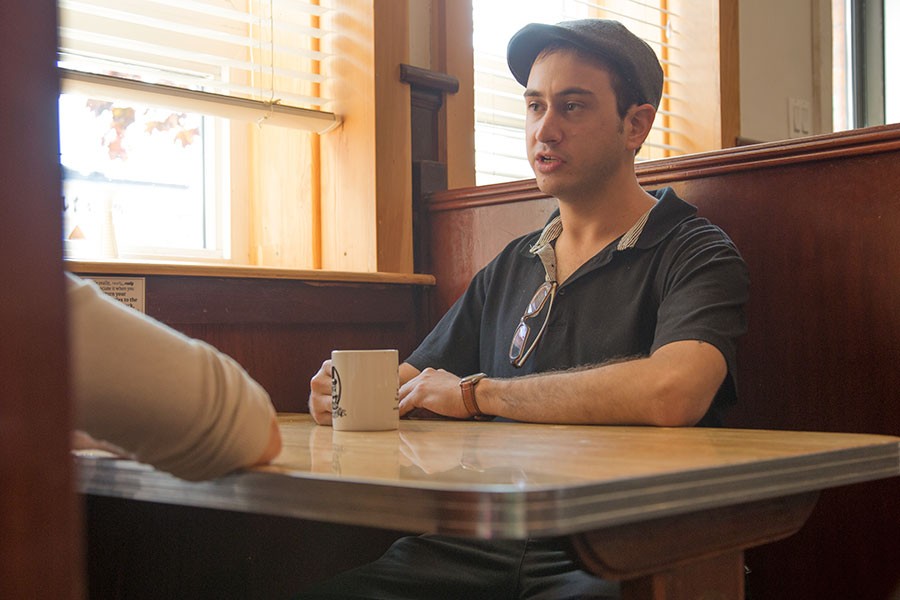 How has living in Hamilton shaped you?

WS: Growing up in a small Jewish community, where everybody knows who you are and where you come from, has been an advantage for me. I did live away for 11 years (in Montreal and Israel) and I think that was important too, but I feel that it’s easier to make an impact in a small community.  Dundas was a wonderful place to raise my family and my kids liked growing up here.

BS: Hamilton is a little rougher around the edges than, say, Toronto, and having gone to public school here and lived in the city itself, as opposed to a suburb, I’ve known a lot of people from different socioeconomic backgrounds than my own. I come from an upper middle class background, but I think that having grown up in Hamilton, which is still traditionally a blue-collar town, has made me grounded. You meet some people who only have friends from their own class or background, and they have a very narrow view of the world.  Living in Hamilton has been an education in how different kinds of people live that I wouldn’t have gotten had I grown up in another community.

What changes have you seen in the community?

WS: When I was growing up in Hamilton, there was a Talmud Torah at the Delaware Avenue JCC, which almost everyone attended.  And, even though my family didn’t live in a Jewish neighbourhood, I knew a lot of people because that’s where all the kids went on Sundays. We went there for Hebrew school in the morning and then stayed all day for activities. Everything was centered in that building. It was kind of a melting pot.

The 1960s, however, ushered in a sea change in the way Jewish kids were educated, with the establishment of the Hamilton Hebrew Academy and Beth Jacob Synagogue’s subsequent opening of its own  supplementary Hebrew school. Those two events combined spelled the end of the Talmud Torah, longtime Jewish Hamiltonians often point to those years as the beginning of fragmentation in our community,

Another big change I’ve seen is in the realm of affiliation and identification.  When I was a kid,  the  Jewish Community centre was a focal point for practically everything relating  to Jewish life  — education, socials, sports. There was even a youth club next door called The Hub, where Jewish high school kids from all over the city would spend their Saturday nights.  We live in a different world today, where people are not necessarily looking to do the activities they enjoy in a Jewish setting. The same seems to be the case when it comes to Jewish education and synagogue affiliation.

BS: A lot of people my age have moved to Toronto. I grew up going to Beth Jacob Hebrew school, and even from when I started to when I finished, there were a lot less students. It seems that there’s a demographic decline or at least a demographic hole in the community. There are older people and some families with kids, but there are very few of us people in the middle. And for that reason maybe it becomes a cycle in that the more young people move away, the less the people who are left see Hamilton as a place to be, certainly if they’re interested in being part of a Jewish community that isn’t skewed to an older demographic.

Do you see a bright future here?

WS: I worry about the future of Jewish institutional life in this city. And I know that Hamilton is part of a trend. Whatever’s going on here is a microcosm of what’s going on everywhere in North America where Jewish institutional life is declining. Because I’m so active in my synagogue and Federation, I see that people aren’t feeling as much of an obligation to support Jewish institutions. People who want to live a Jewish life want to make it up as they go along, or do things on a personal and not institutional level. The feeling that you have to support institutions, that obligation that I inherited from my parents and they inherited from their parents, I don’t think is there anymore. I doubt any of my four children will join a synagogue. That’s a worrisome trend. However, having said that, it is what it is. You can’t change these things. Fifteen to 20 years from now, it’s not going to look like what it looks like today. The synagogues are not going to have an easy time paying their bills, unless they do resource sharing. Beth Jacob recently struck a deal with Montessori to rent out space. That, I think is the future.

BS: I see some of the stereotypes about Hamilton slowly being changed. There’s more vibrancy downtown, more construction, more creative industries flourishing. Hamilton is well-situated to pick up people who want to live in an established city in southern Ontario but are priced out of Toronto. The Jewish community would stand to benefit from that simply because the more people who come to Hamilton, the more economic activity there is, the more it’ll attract all kinds of people, including Jewish people. I don’t know if the Jewish community is really involved in the Hamilton revival we’re seeing as much as it could be. Certainly there are opportunities, which is positive.