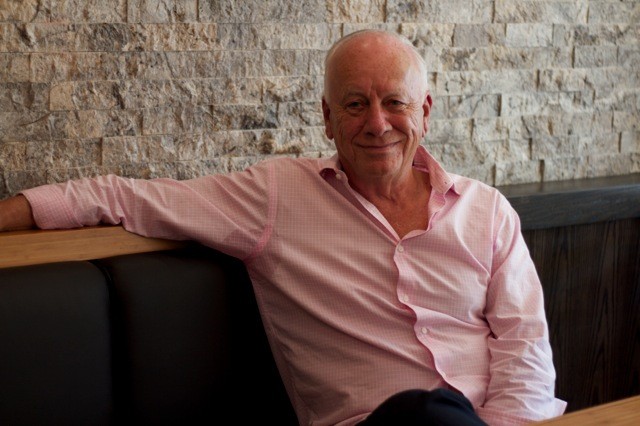 Hair salon owner Albert Snow was out of town when two of his long-time clients passed away. The news hit him hard.  He had known the women — both members of the Jewish community— for decades and felt their loss deeply, but when your business is all about making people feel good about themselves, loss is unavoidable.

If there is such a thing as a Jewish soul, then Snow, a non-Jew, is in possession of it. That growing up on Ottawa Street North his best friend was Jewish, that, as an adolescent, he spent countless hours at the JCC on Delaware Avenue, that over 50 years in the industry, a large percentage of his clientele is Jewish, may count for some of it, but it’s the way Snow conducts his business, treats his staff and gives back to the community that long-time clients point to as why they think of him as an honourary member of the tribe.

When Snow turned 70 last summer, the staff at Albert Snow Hair Design Group sent out an email inviting clients to stop by at an open house they had organized in his honour. Among the dozens of  clients who came bearing notes, small gifts and well wishes were Hanna Schayer,  Marnie Paikin, Esther Simpson and Carolyn Rosenthal. While Dolly Cohen was not among them, she may as well have been. She and Simpson take enormous pride in being clients of Snow for 50 years. The others claim a 30 to 40 year relationship. If Snow’s skill as one of Hamilton’s leading stylists was what first brought them, what kept them coming has been the banter, easy intimacy and pure delight of spending an hour in his chair.

The hairdresser/client relationship invites intimacy. “(Hairdressing) is one of the few businesses where people touch you,” Snow told the HJN. “A doctor and a hairdresser touch you.  And I think that sometimes you get vulnerability with people just because of that.”

Carolyn Rosenthal agrees that there’s an inevitability to a hairdresser “living through a lot of your life with you”, when seeing the same person every four weeks  over a 40-year period.


“Al’s good with people and he gets you talking,” she said, “but he is extremely discreet and I’ve always been confident that he hears a lot from a lot of people who know one another and he never reveals that he knows anything about any of your friends.”

For Marnie Paikin, seeing Snow was a family affair.  She was bringing her sons, Jeff and Steve long beore it was fashionable for boys and men to frequent a women’s hair salon.


“I used to get my hair cut by a guy named Angelo on the mountain,” wrote TVO journalist, Steve Paikin, in an email to the HJN. “He’d sit you in the chair, get out the razor, and two minutes later, having got my buzz cut, I’d be done. Then my mom brought me to Albert’s ... You walk in and you’re greeted by this guy who looked like a mixture of a flower-child of the ’60s and a rock star.  Long hair, bell-bottom jeans ... It was a long way from Angelo’s.”


While keeping up to date with the latest trends in the industry  is still very important to Snow, what really defines him is his unwavering commitment to being  in relationships, whether it’s with his staff, his clients or his community.
“I look at the staff as a family, and I worry about them in the sense of making them succeed,” said Snow.  And just as children reflect the values instilled in them by their parents,  Snow’s staff are universally seen as exhibiting the same professionalism, courtesy and respect modeled to them so well by their employer.

“It’s important to us to make people feel better,” said Snow, “but that has to come from something inside you ... We’re  not just there to make a living and have a successful business. It’s much more than that to us.”
The genuine regard, professionalism and courtesy exhibited by both Snow and his staff, is, according to Esther Simpson, the secret to client loyalty.

“There are very few businesses that operate the way Albert Snow’s does,” she said. “The staff are genuine, they’re interested in you, they give you their full service ... That’s why they have their clients for 50 years like me.”
Eleven years ago Snow heard about a group of students, staff and faculty known as the McMaster Student Outreach Collaborative, who were doing outreach with Hamilton’s homeless.  The desire to help their cause in a meaningful, impactful way motivated him to design a fundraiser where he, his staff, and hairstylists from across the city could do what they did best as a way of giving back to community. The annual Albert Snow Cut-A-Thon, that has raised $80,000 over 11 years, is the best example of tikkun olam: bringing financial benefit to its recipients, but equally important, providing those who donate their time with a sense of purpose and meaning.

Hanna Schayer says that it’s Snow’s desire to engage with the world and make it a better place that makes him “fundamentally Jewish.”