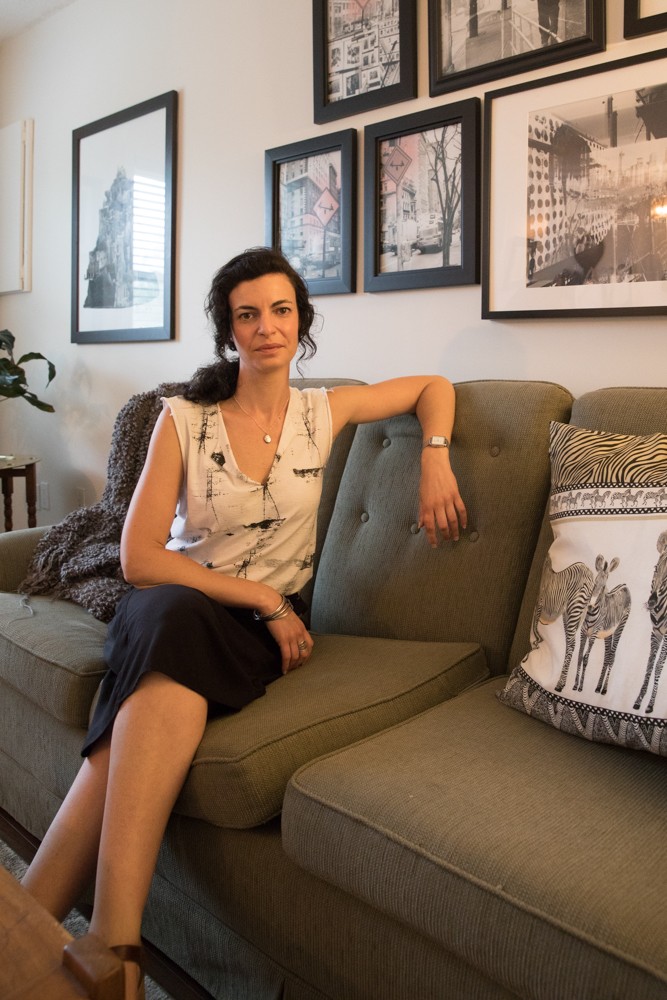 “Something just pulled me in.”

Not a comment you’d expect to hear from a 30-something millennial living in Toronto and visiting Hamilton for the first time. But Deborah Kanfer, a photographic artist and entrepreneur who had emigrated to Toronto from South Africa with her family years earlier, was unexpectedly enamored by her introduction to this city four years ago.

Kanfer’s initial visit to Hamilton for a musical theatre concert put on by good friends at Beth Jacob Synagogue was more impactful than she could have realized. She was hesitant upon receiving the invite. Like many, her impression of the city was largely limited to non-resident descriptions of industrial buildings and smokestacks, and crossing the Skyway on the way to somewhere else —nothing that would have elicited a desire to explore the location further. But as Kanfer says now, despite her initial reluctance to take the journey, friendship won out and she made the trip, realizing later that it turned out to be a “a night that actually changed my whole life.”  She recalls coming into the city on what was a beautiful late spring evening from York Road, passing the Hamilton Spectator building, and remarking to herself that she could not believe it was Hamilton. That was quickly followed by an inner voice saying, “Oh my gosh, I need to learn more about this place!”

After that first trip, Kanfer arranged for more visits over the next several weeks, always feeling a positivity and excitement about Hamilton. On taking the GO bus from Toronto, she would feel an “immediate sense of chill  and calm” as she approached the city. It was a particularly “honest” place with a genuineness about it and its inhabitants that she had not found in the bigger metropolis to the east.

A mere four months later, Kanfer moved her possessions to an apartment in the Durand neighbourhood, became involved in the developing art scene, and established professional connections for teaching and marketing across Hamilton and Halton.

Today, Kanfer says her somewhat impulsive, instinctive decision to relocate to a new and largely unfamiliar community, continues to be the right one for her. With an adventurous and self-described restless spirit, she has found Hamilton to be a place that allows for exploration and innovation.  She is deeply involved in the creative arts community (including many studio showings), plays violin in a musical group, teaches at the Burlington Art Gallery, and continues to pursue opportunities that incorporate photography, her greatest creative passion.

Kanfer’s artwork is created through a variety of analogue processes and techniques, including the use of mixed media elements, multiple and split exposures, contact and lumen printing. The latter hearkens back nearly two centuries to an era of camera-less photography, which allowed for the capturing of a strength and physicality of images. No two pieces of her artworks are the same, each being created from unique compilations.

Kanfer is looking at new ways to combine her skill sets and interests in the area of wedding photography and real estate, where she hopes one day to combine her design and marketing talents. She has moved to a new home on James Street North, very much enjoying the creative vibe the location provides, along with opportunities to explore the natural beauty afforded by the lake, hiking and biking trails, and escarpment landscapes. Regarding Hamilton, Kanfer has no regrets, noting that she does not see herself moving away “anytime soon.”  She has found the  community as warm, welcoming, and inclusive as she did on her first visit four years ago and, while she now enjoys her trips back to Toronto to see family and friends, she feels a relief in returning home to Hamilton. Kanfer is among a seemingly statistically rare subset of individuals in her generation who are touting to parents the advantages of leaving Toronto for Hamilton!

Kanfer is a wonderful example of someone who has seen and embraced the rich benefits of living in Hamilton. She continues to find ways to contribute to, and be part of, this city through her spark, creative talents, and enthusiastic participation in all that it has to offer. It looks to be a great match.

Tory Metzger is a psycho-educational consultant and a longtime Hamilton resident.