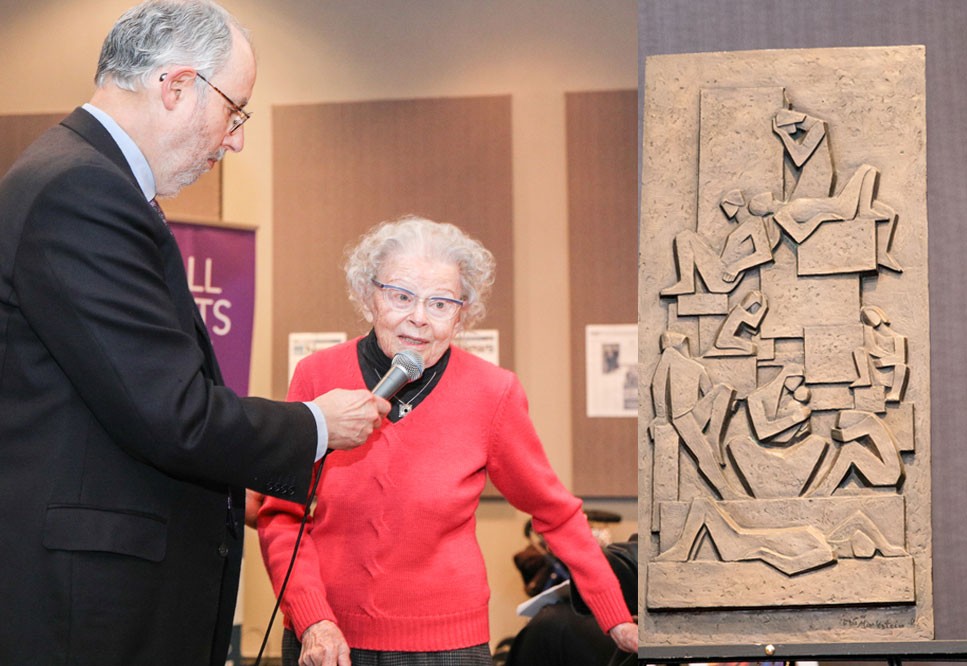 Local sculptor Ora Markstein, 95, has donated one of her sculptures to the Hamilton Jewish community. The piece, titled “At the Gates of Sheol,” was unveiled at Federation’s AGM on May 29 by Federation president Jacki Levin.
In her remarks, Levin praised Markstein, a Holocaust survivor,  for expressing “the experience that she and millions of others went through.” The sculpture depicts Markstein’s experience when the Nazis took her sister, parents and aging grandmother from their home to a defunct brick factory at the outskirts of Budapest. The family spent two weeks sitting on the factory’s bare floor before being deported to Auschwitz.
“It is important to Ora that we not forget those who cannot speak for themselves. Her beautiful piece of art will do that for our community,” said Levin.
In her own brief remarks, Markstein  expressed her gratitude to the Hamilton Jewish community for welcoming her family so warmly when they first arrived in the  city in the late 1970s.
“At the Gates of Sheol” will be on permanent display at JHamilton.