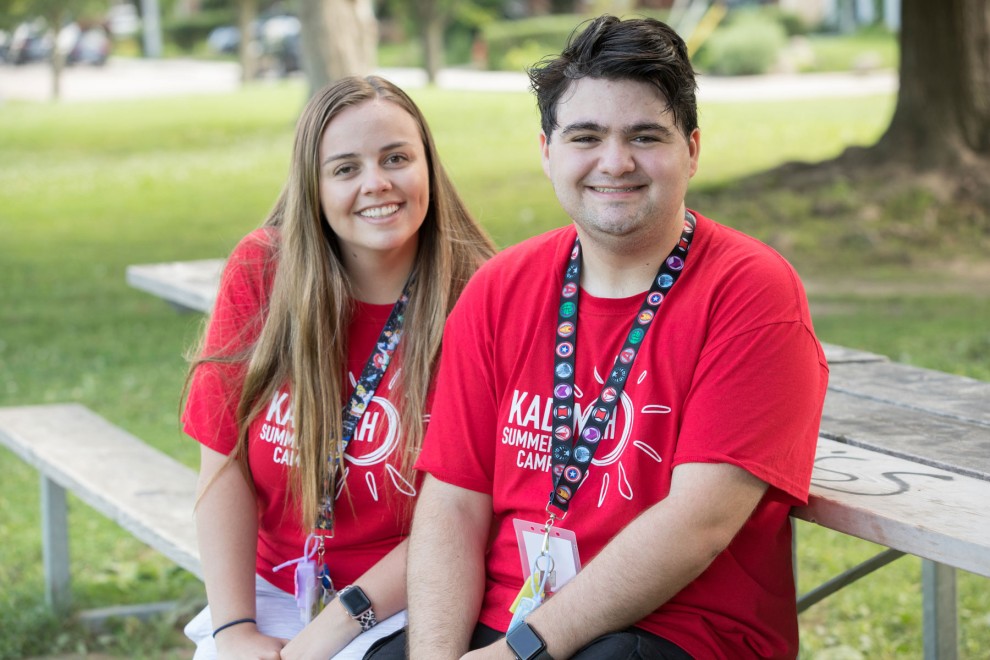 The summer of 2021 will be remembered by thousands of campers, staff and parents across Canada as the summer of freedom from lockdowns and a welcome return to semi-normalcy. For that reason alone, Camp Kadimah has just wrapped up one of its best summer seasons.

“I truly believe this year has been one of the best years because the children are so excited to be at camp,” says Camp Kadimah director Emmilee Claus. “I think the pandemic really affected kids, not being around their friends, not being in an environment with other people. They were really isolated.”

Claus, 20, is an honours student at Brock University where she majors in children and youth studies. No stranger to the Jewish community, Claus has worked at Kadimah for six years, her grandmother Eileen O’Raw, is the Adas Israel’s much loved secretary, and her mom, Jenn Laslo, is the JCC administrator. Claus started her own career in the Jewish community as a volunteer with the Hamilton Hebrew Academy after school program.

“The Jewish community’s so welcoming,” she said. “I’ve always loved and always felt a part of it.”

Ben Avetessian, 18, is also a veteran of Camp Kadimah. He was a camper there since the age of 3, and started its CIT program when he came of age. Avetessian, who has volunteered extensively at Beth Jacob Synagogue and other community organizations and a graduate of the Asper Foundation Human Rights and Holocaust Studies Program, is entering Wilfrid Laurier University’s BA Leadership Program this fall.

A natural born leader who credits his parents for giving him “a good sense of leadership,” Avetessian hopes to practice personal injury law one day “to help people … get the coverage they deserve. I want that to be my way of giving back to society,” he said.

Claus made a promise to herself this summer that she would do everything in her power to give campers the best camp experience possible despite having to forego field trips to places like Wild Waterworks or African Lion Safari. So, she and Avetessian brought the outside world to camp by inviting a special guest each week like a mad scientist, a pottery company and a reptile trainer. Campers especially look forward to Fridays, where they’re invited to “chill and just be themselves” in honour of Shabbat. More than anything, Claus feels camp is about growth, not just for campers but for staff.

“It’s really about growing  people and welcoming people in and just becoming a bigger family that offers more support during this time.”

The feedback Claus and Avetessian have gotten from parents this summer has been universally positive. Maggie Norris says her children are loving camp. “We were desperate to get back to some kind of normalcy.” Her youngest, especially was yearning to be exposed to kids his own age after a year of remote learning. “Yes, they’re wearing masks, but being with their friends and other people after the kind of summer we had last year ,,, They don’t even look back to say goodbye. They’re thrilled … they’re safe and happy,” she said. “Supporting a local Jewish camp, nothing else matters. It’s really, really important.”

Her kids agree. “We don’t want to do any other camp,” they tell her. “Just Kadimah.”