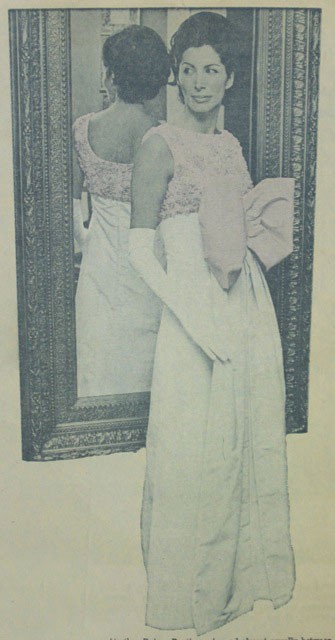 She put Hamilton on the map of high fashion retail, and 50 years later, her iconic Main Street store is still the place to go for cutting edge designer women’s wear and unrivaled customer service. Now an octogenerian, Milli Gould shows no signs of slowing down. According to her son, Mark, she is still very much “the boss and the fashion authority,” spending several days a week serving customers at her store’s Yorkville location, opened 10 years ago after repeated requests from her many Toronto-based customers who were driving the QEW to the original Hamilton store.

How an exclusive, up-scale clothing boutique was able to thrive in a blue-collar city is a question upon which Mark Gould loves to reflect. The store’s success he said, is directly attributable to an “amazing partnership” between his mother and his stepfather, the late Allen Gould.  “My father was a brilliant businessman …  and my mother is a brilliant fashionista.”

Milli was a young widow with two young sons when she first met Allen Gould during a Florida vacation. Her first husband, Benny Mintz and 13-month-old daughter, Fern, had died tragically in a house fire two years earlier while Milli was pregnant with her son Ben.  After their wedding, Allen and Milli settled in Pittsburgh, subsequently moving to Hamilton 1964 where Allen had contacts in the scrap metal business.  Allen went on to open a small brokerage business and Milli opened a small boutique on Main Street across from Hamilton City Hall. When it became clear after a year that his wife’s store was making more money, Allen  closed up shop and devoted himself to managing the books at Milli.

Thus began a business partnership defined by calculated and bold decisions that often left observers of the Hamilton retail scene scratching their heads — like the decision to relocate uptown instead of downtown after the city exprorpirated their first store.

“In those days downtown was a thriving retail community. This end of town was nothing,” said Mark. “Everybody said, ‘you’re crazy. You’ll never do any business out there.’”

Things were, in fact, tough at the beginning.

“In those days there was Fosters, Raphael Mack, and about 10 other retail stores that they had to compete with ... They had the manufacturers all tied up and nobody would sell to my parents,” said Mark.

So after a year of business, Allen told Milli they were going to Europe.  Off they went to the continent “like a couple of tourists,”  discovering European fashions that no one else was selling.

News of the little Hamilton boutique that specialized in special occasion evening wear travelled quickly after that.

“The women from Toronto were looking for something a little bit different,” said Mark, and there was no other retailer at the time that could match Milli’s fashion sense.

“My mother was willing to take chances and to redesign,” he said, referring to a 1964 photograph that appeared in the Hamilton Spectator of Milli in a stunning gown that featured a very large bow in the front. When the dress came in, said Mark, the bow was in the back.

“That’s the kind of thing that she did ...  In those days it was very very special.”

While today’s merchandise tends to be more informal than in yesteryear, the Milli experience  is still defined by its unparalleled customer service. Special rooms for viewing current collections, lunch and coffee served, in-house tailoring are luxuries that Gould says have as much appeal to today’s fashion-conscious women as it did for their mothers and grandmothers.

There’s another Milli experience of an entirely different nature for which Shalom Village residents and their families are particularly grateful. It’s hard to miss the large white wheelchair-accessible vans enscribed with the word MilliMobile in the same block letters that grace her stores.  Shalom Village is just one of the many institutions in Hamilton, Toronto and Israel that have benefitted from the generosity of the Allen and Milli Gould Family Foundation.  Mark, again, credits his stepfather, Allen Gould, for having the foresight to establish a family foundation decades before it became common practice.

The foundation has served as a vehicle through which the Gould children and grandchildren have learned how to give.

“You’re not born with a philanthropic gene. It has to be taught,” said Mark, adding that family, a good work ethic and supporting community are the values he and his brother strive to live by.

“Those are the important things in life, and nothing else really matters.”