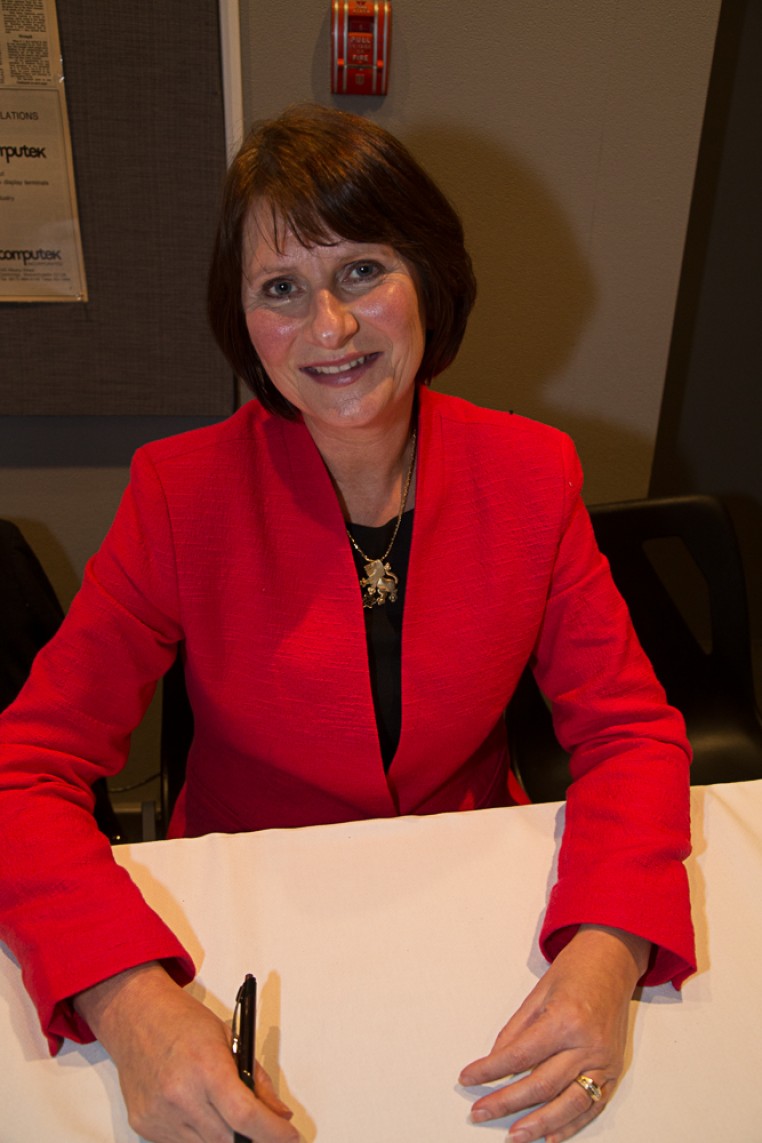 Canadian Polish Congress president, Wladyslaw Lizon and members of Hamilton’s Polish community were special guests at the Hamilton Jewish Federation’s Kristallnacht commemoration, held on Nov. 9 at the Hamilton Spectator auditorium.  Keynote presenter Jeannie Smith, the daughter of Polish Righteous Among the Nations rescuer Irene Gut OpDyke, kept the audience riveted with the remarkable story of how her mother kept 12 Jews hidden in the home of a Nazi official during the Second World War.  Smith’s central message about the power of an individual to say no to hatred, persecution, and prejudice, struck a resonant chord with the audience, who responded to her remarks with an extended standing ovation.