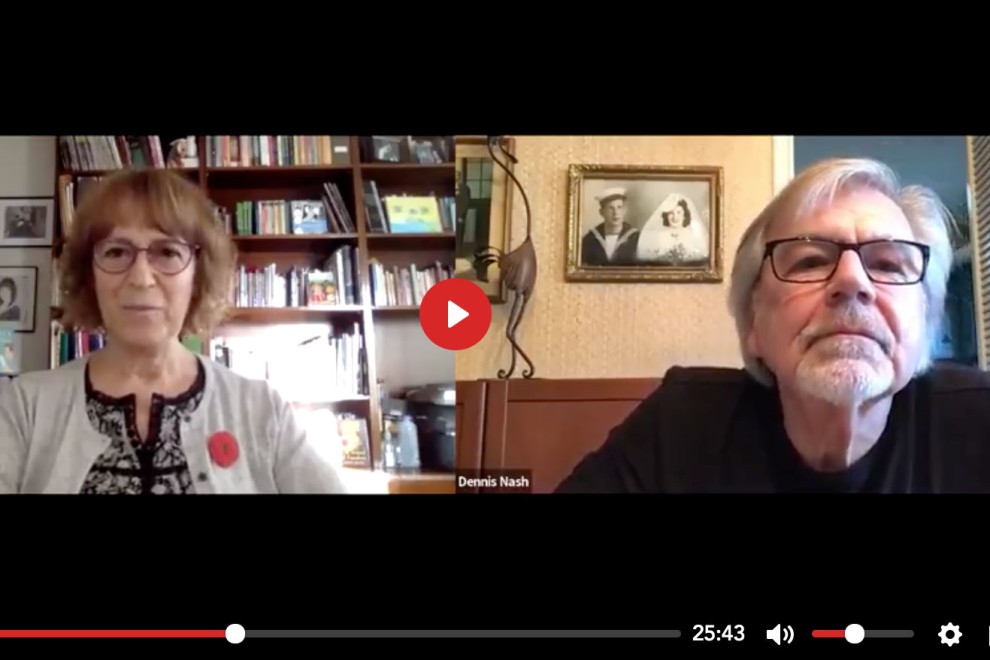 When the coronavirus pandemic arrived in Hamilton last March, the Hamilton Jewish Federation cancelled a number of scheduled spring programs, including its inaugural Hamilton Jewish Film Festival, a partnership with the Westdale Cinema.

When organizers decided to reschedule the festival for the end of August as a virtual event, they had no idea whether they’d be able to recoup the costs of purchasing screening rights to its three international films. But the festival’s success exceeded all of their expectations, with brisk ticket sales from viewers both within and outside the Greater Hamilton Area and high attendance at its moderated live Q&As with film directors and expert panelists.

Based on the success of the film festival, Federation decided to hold the second annual Marvin Caplan Jewish Book Festival and Holocaust Education Week virtually during the first two weeks of November. Nine authors from across the United States and Canada, some of whom would likely never have made it to Hamilton for an in-person event, presented their books during discussions with local and celebrity moderators that allowed for questions from viewers.

Judi Caplan, in whose husband’s name the festival is named, said in a pre-recorded video introduction that she couldn’t have imagined  a year ago that the festival she founded would go virtual a year after its founding. Nevertheless, feedback from the event was universally positive.

“I really enjoyed the session,” wrote children’s author Kathy Kacer to Federation organizers. “I thought that Dennis (Nash’s) questions were wonderful, and the questions from the audience were also so important.”