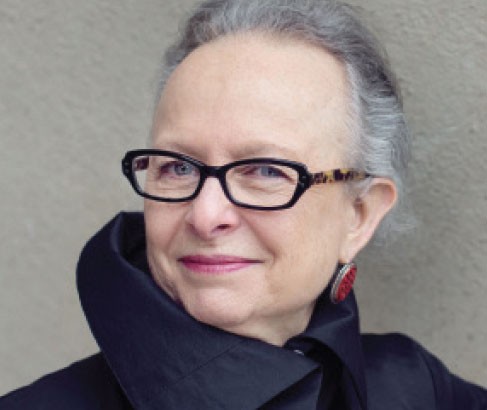 Growing up in downtown Toronto, Barbara Kirshenblatt-Gimblett would spend her Saturdays exploring the six floors of the Royal Ontario Museum. Who could have foretold that, years later, she would be at the helm of a museum that has redefined the way the world sees the legacy of Polish and Eastern European Jewry.

Kirshenblatt-Gimblett, the Chief Curator of the Core Exhibition of POLIN Museum of the History of Polish Jews, will be the featured speaker at the 2017 Marvin and Lillian Goldblatt Lecture in Jewish Studies at McMaster University on Thursday, January 12 at 7 p.m. In her talk, Kirshenblatt-Gimblett will discuss the challenges that face Jewish museums in Europe today and reveal how her team at the POLIN Museum succeeded in recovering a thousand-year history of Jewish life in the very places where millions of Jews perished.

“The point of the museum is that not only did we lose three million Polish Jews to the Holocaust,” Kirshenblatt-Gimblett told the HJN, “we also lost a world that they created ... and we have a moral obligation to recover the memory of that world and to transmit it to future generations.”

In 2016 POLIN museum became the first Polish museum ever to be awarded the European Museum of the Year Award. Within a month of that announcement it was awarded the prestigious European Museum Academy Prize for being “a state of the art cultural institution which reaches diverse publics all over the world.”

If there is anyone who can dispel the notion that a life in academia is limited to the ivory tower, it is Professor Barbara Kirshenblatt-Gimblett, whose intellectual and academic career has been marked by her passion and dedication to her chosen fields of Jewish studies, museum studies, and Yiddish. In the following interview, she traces the fascinating connections that brought her to curate the world’s most unique Jewish museum.

Q: How would you describe your background?

K-G: I grew up in Toronto during the war and in the immediate post-war years in the downtown area, at the time a very diverse, very Jewish neighbourhood. I feel I was formed by really unique experiences that have to do with my parents being born and raised in Poland, with being surrounded by people who were Yiddish speakers, and going to a Zionist summer camp. That was very formative.

Q: How did you come to develop an academic interest in Polish Jewry?

K-G: My first foray into this whole area was during the fall of 1967 when I was introduced to the YIVO Institute for Jewish Research in New York. YIVO was established in Vilna in 1925 and was dedicated to preserving and studying the cultures that Jews had created in the places that they lived and in the languages that they spoke. Many of the people who worked there in the 1960s had worked in the Vilna YIVO. Their conviction that the culture of Jews who had lived in Poland, Ukraine, Belarus, the Baltics, and Russia not only had value, but could be studied at a very high scholarly level in its own language, was really a revelation to me. Once I was involved with YIVO, I had the opportunity to curate exhibitions and that evolved into being interested from an academic point of view in the history of how Jews have been exhibited and in theoretical approaches to museums and exhibitions.

Q: Where did the idea for a museum of Polish Jewry come from?

K-G: The museum, as an idea, arose in 1993, just four years after the fall of communism. It was initiated by the Association of the Jewish Historical Institute of Poland, which is the oldest philanthropic organization in Poland. By 1996 they had decided to make it a project and in 2005 they went to the city of Warsaw and the Ministry of Culture and National Heritage with a master plan for the Core Exhibition and said to them, “Join us.” The agreement was signed in 2005, and the result is a unique private public partnership for a major cultural institution in Poland. That year the association organized an international architectural competition for the building. There were around 250 submissions. The winner was the Finnish architect Rainer Mahlamäki. The Association had been raising money just to keep the project going, but now they could raise money in earnest.

Q: How did you come on board?

K-G: In 2000 I heard a rumour about a museum that was being created on the history of Polish Jews in Warsaw. To me, that just sounded like a pipe dream because I never heard another sentence. Not who, not where, not when, not what, so I just figured some lunatic had an idea. But then in 2002, a colleague of mine, Michael Steinlauf, who was working closely with Jerzy Halbersztadt, the director of the project, suggested that he talk to me. Jerzy called and said he’d be in New York, and he’d like to show me the project. That’s when I saw that this was no lunatic. This was a very smart visionary person, and this was an enormously interesting, very ambitious, very real project. A few weeks later he asked if I would spend a week in Warsaw reviewing the project. That’s when I really understood what they were trying to do and it was extraordinary. They had created an outline of the historical program and a database, and they were completing the master plan. And so I reviewed the material, wrote a report and continued to support them in various ways, until April 2006 when Jerzy asked if I would lead the development of the museum’s permanent exhibition. I said yes.

Q: What makes this museum so special?

K-G: It’s standing on the site of the former Warsaw Ghetto, the place where the largest Jewish community in the world once lived and where they died. It’s also unusual because it completes a memorial complex that includes the Monument to the Ghetto Heroes, so visitors can go to the monument to honour those who died and come to the museum to remember how they lived for 1,000 years. This is a story that touches maybe 70 per cent of the Jews living in the world today, whose ancestors lived in a territory that encompassed what is now Poland, Lithuania, Ukraine, Belarus, the Baltics, and part of Russia. We think that there’s a huge opportunity to reconnect Jews in the world to this thousand-year story, because the story has not only been overshadowed by the Holocaust. It’s been redefined by it.

Q: Can you give our readers an overview of the exhibit.

K-G: There are seven historical galleries, with the Holocaust being the single largest gallery. We don’t stop at the Holocaust, however, but come all the way forward to the present, which includes the post-war years. This multimedia narrative exhibition is a theatre of history and it is really beautiful. It offers a continuous visual narrative, and there are a lot of things you can do — some digital, some manual — and it’s intended to appeal a wide variety of visitors with different styles of visiting.

Q: What kind of reception has the museum received?

K-G: In the whole course of this project, every president of Poland, every minister of culture, and every mayor of the city of Warsaw has supported this project. It didn’t matter what the political party was. There’s been a sense that this project was important not only for Jews but also for Poland and that is remarkable. We’ve had more than a million and a half visitors, 65 per cent of whom, on average, are from Poland. I think it’s a credit to the Polish visitors and to us that they can recognize the history of Polish Jews as their history. That’s astonishing. Now of course, they’re the ones that are coming. We have a museum on wheels that goes out to small communities across Poland and activates interest locally in the Jewish past of their towns. So we’re reaching a much wider audience. The Jewish population in Poland today may be very small, but Jewish presence in Polish consciousness is enormous.

Q: What is Jewish life in Poland like today?

K-G: Before the war, 30 and 40 per cent of the population of the Second Polish Republic was not ethnically Polish. They were Ukrainian, Belarusian, Lithuanian, German, and Jewish, among others, whereas in Poland today, less than four per cent are not ethnically Polish. Poland went from being one of the most diverse countries in Europe to one of the most homogeneous and from being home to the largest Jewish community in Europe to being home to one of the smallest. What’s really fascinating is the renewal of Jewish life that’s taking place in Poland today — albeit on a small scale. It began in the late ’70s under communism as a kind of counter-cultural aspect of the opposition, and nobody knew whether anything would come of it. Today in Warsaw, Kraków, Wroclaw, and other cities in Poland, there’s a lot happening in terms of artistic and cultural life, and there are many Jewish organizations.