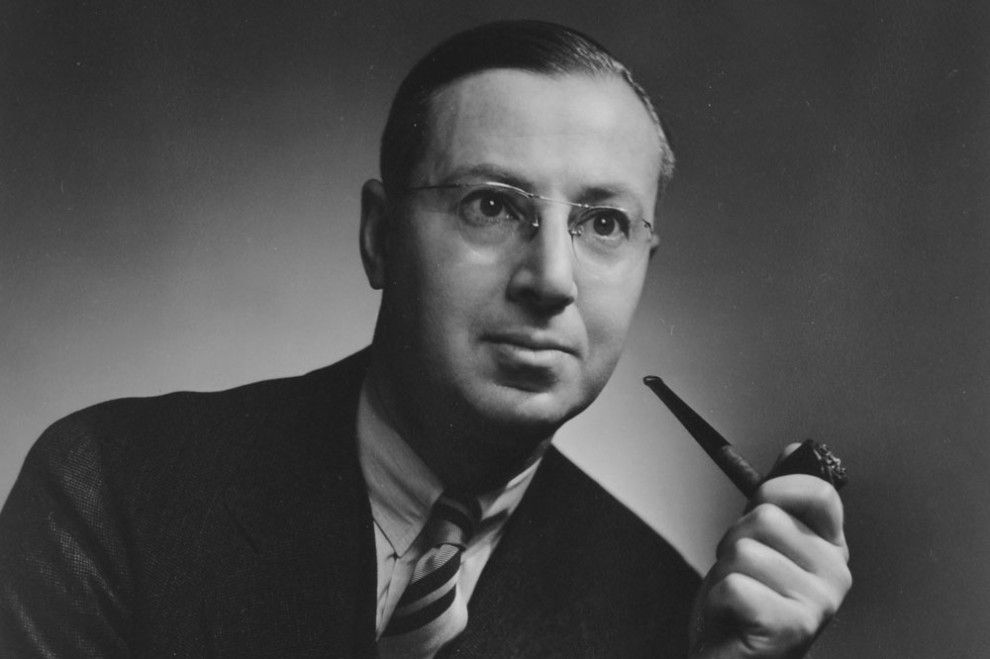 “What are your plans for the art gallery?”  This question, put to Alvin Lee by the distinguished art collector, Herman Levy, in 1984, at first caught the McMaster University president off guard. There were no immediate plans to expand the gallery’s modest collection, Lee told his guest, immediately realizing his mistake when Levy reached for his walking stick, and said he had to be going.  “Of course,” he said, thinking on his feet,  “if our collection were to change in an important way, we’d make appropriate arrangements.”  Settling back into his chair, Levy proceeded to inform the university president of his decision to  bequeath his entire collection of European Renaissance and post Impressionist art to McMaster. That exchange would set in motion what would become one of the largest gifts to any cultural institution in Canada.

Born in Hamilton in 1902, Herman Herzog Levy was the scion of a distinguished German Jewish family whose name was synonymous with the family jewellery business, Levy Brothers Company. The company, founded in 1857 by Levy’s grandfather, specialized in precious stones and played an important role in the development of the Canadian diamond trade. Levy purchased his first works of art at the age of 23, during a year-long apprenticeship in Amsterdam. At the age of 37,  he took over the family business following the death of his father, only to sell the business two decades later to devote himself to expanding his art collection, destined to become one of Hamilton’s most significant personal collections.

Lee subsequently got to know Levy whom he described as “quiet and very intense ... You could see there was a very lively mind working. I was told by people who taught courses that he took that he was a very, very sharp student with incisive questions to ask.”

Indeed, Levy was a  lifelong learner, whose long association with McMaster University dated back to the 1930s, when he began attending evening lectures in art history, German language and the classics,  and cultivating close friendships with professors in the field.

The philanthropist was also a lifelong bachelor who shared his stately home on Undercliffe Avenue with his sister. All these years later, Alvin Lee, still vividly recalls the thrill of seeing the Levy collection in situ.

“He had quite a bit of the collection hanging on walls both upstairs and downstairs. It was a delight to be in the house because it was full of intelligent, good taste.” Lee particularly remembers the image of Levy sitting in front of the fireplace in the family library,  the famous Waterloo Bridge by Claude Monet hanging just above his head.

The last time Alvin Lee met with Levy was must months before the philanthropist’s death in June 1990. Levy needed help with the wording of  a codicil he was adding to his will that stipulated that the residue of his estate be divided equally between McMaster University and the Royal Ontario Museum (to whom Levy was leaving his collection of Chinese objects and ceramics). There was no indication that the size of the bequest would be anywhere near the $15.25 million that the university received nearly two years after his death.

Herman Levy passed away in June 1990 while tending to his roses. Rabbi Bernard Baskin, rabbi emeritus of Temple Anshe Sholom, gave the eulogy to a small gathering of close friends at the family home.  Baskin, who recently celebrated his 102nd birthday, remembers Levy as “a solitary and unusual individual,” who had few Jewish contacts.

“He hardly ever mentioned Jewish things because he didn’t live within the orbit of the Jewish community.” Rabbi Baskin does, however, remember one specific conversation with Levy during which the philanthropist asked him about worthy Jewish causes.

“So I said, well there’s Shalom Village,” said Baskin. Shortly following that conversation, the rabbi learned that Shalom Village had received an anonymous gift of $300,000, a gift, he suspected, came from Herman Levy.

The Hamilton Jewish Federation is delighted to host a presentation on the Herman Levy collection as part of its J-Talk series on Thursday, May 12 at 1 p.m. The presentation, titled, Herman Levy: The legacy of Hamilton’s great art collector, will be given by McMaster Museum of Art’s chief curator, Carol Podedworny on Zoom. To register, click here.