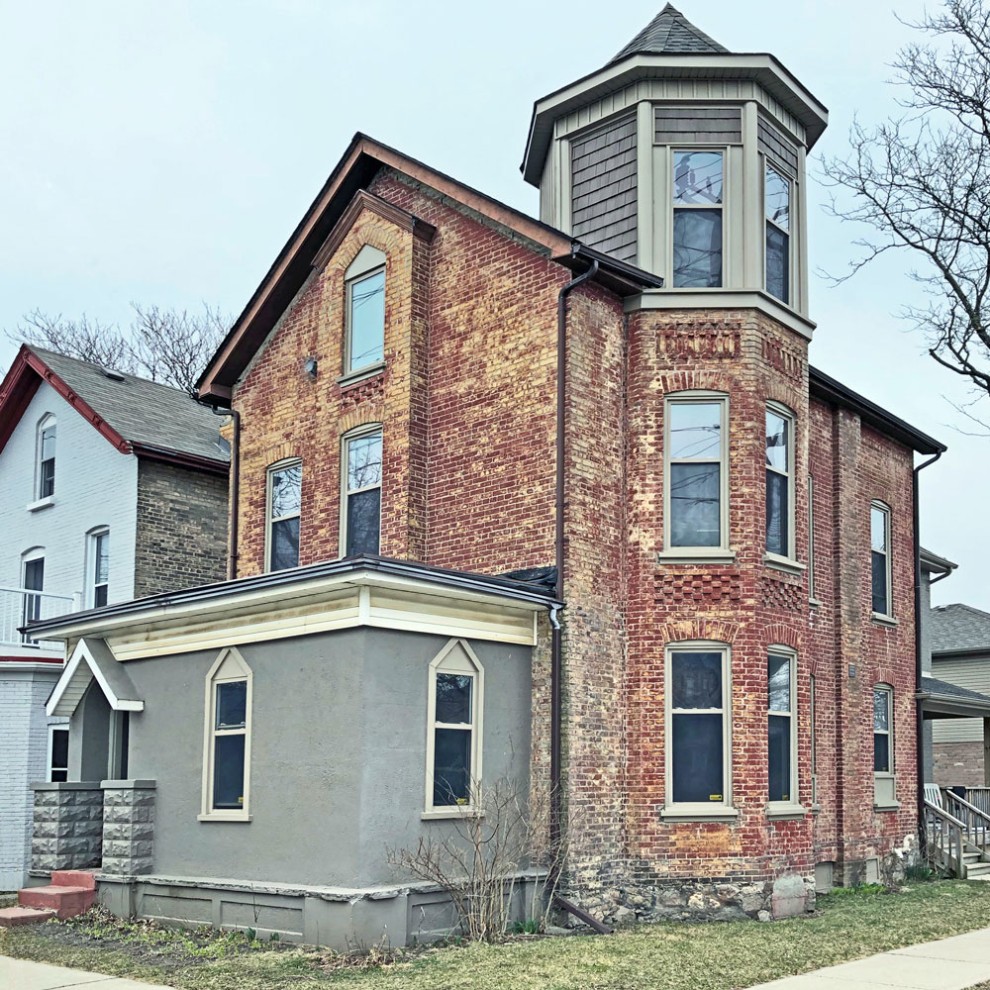 The first Jewish family moved to Brantford, Ontario in 1881. By the 1960s the community peaked at 150 families and at the turn of the last century there were only 28 families left. Gerald Tulchinsky, the leading scholar of Canadian Jewish history, saw this as a pattern: initial settlement, followed by growth over a decade or two, and then decline as the younger generation sought greater opportunities in the cities.

Gerald Tulchinsky was born in Brantford in 1933. He was an example of that third generation. His grandparents were among the early immigrants, scrap dealers primarily, and his parents were local merchants. Tulchinsky became a professor at Queens. In his retirement he wrote a memoir of growing up Jewish in Brantford, titled Shtetl on the Grand. He died two years ago and never had a chance to return to his hometown to promote the book.

Recently, an ad hoc committee has formed to popularize Shtetl and to interpret Brantford’s Jewish history. The group consists of two local historians, the director of a theatre company, and an associate professor at Laurier Brantford. The project started out as a public reading from Tulchinsky’s book but has morphed into staged performances of a few of the stories, lectures, a presentation of a project at Laurier that maps the locations of the Jewish owned shops in the downtown and the telling of the stories of notable Brantford Jews, along with music and food.

The performance takes place on Tuesday, Nov.  26 at 5:30 p.m. at Market Square, 150 Dalhousie Street in Brantford. Jewish historian Franklin Bialystok, will be speaking and Tulchinsky’s widow, Ruth, will also be a guest. We are currently raising the funds for the event and have been awarded a fair amount of the resources needed to put this on. The program will be filled out as the funds are made available.

This project has been quite an experience. The public support for it has been enthusiastic. The Brantford Community Foundation and Laurier Brantford have both offered their financial assistance and the community’s not-for-profits have been very supportive. The Library, the Museum and Archives, the Canadian Industrial Heritage Centre, the Ontario Genealogy Society and the City itself, have been great partners in this enterprise.

We have uncovered some really interesting stories in our research. The Allen Brothers’ chain of movie theatres had their start on Colborne St. and the first Brantford Hebrew Association meetings were held upstairs at the Wonderland Theatre. Tulchinsky writes in Shtetl about his visits with his father to the Czechoslovakian Jewish agricultural community in Lynden. We have made contacts with the Loewith family and they’re excited about the project.
We hope that Hamilton’s Jewish community will pay us a visit in November.