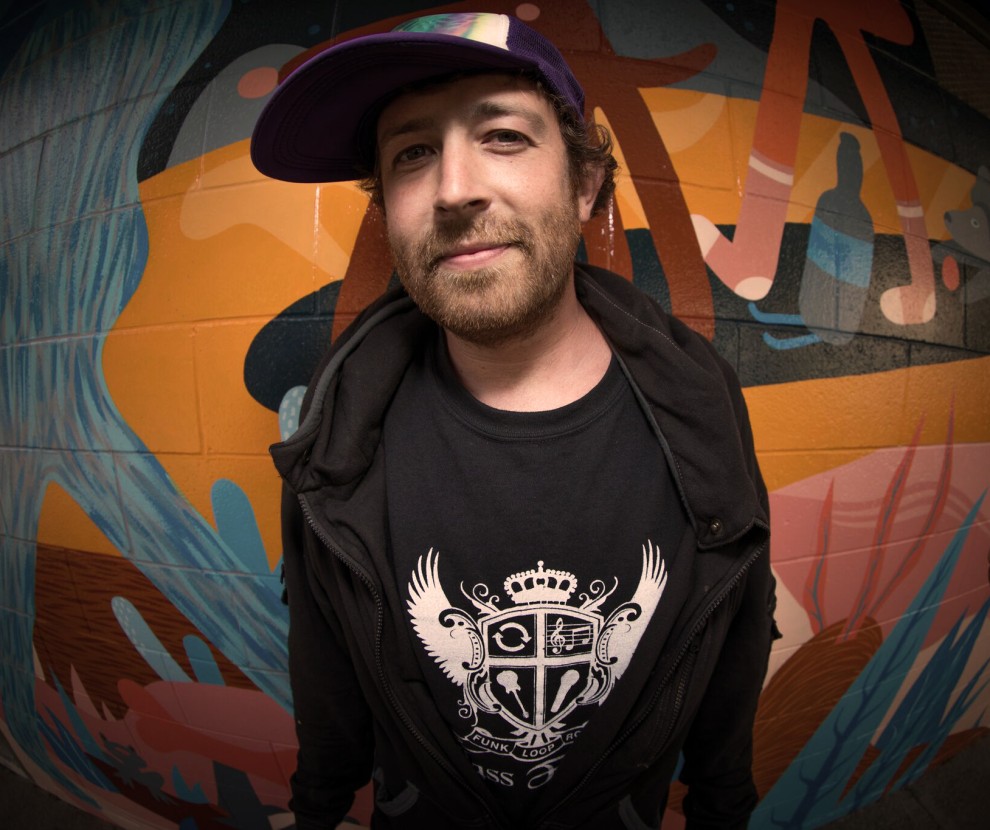 Sam Klassik was born in Winnipeg and raised in Pennsylvania, but his music career began in Hamilton. Klassik, whose real name is Klass, studied at McMaster University between 2006 and 2010, and continued to be based in Hamilton until 2015. Hamilton is where he played locally, promoted his own shows, and got his first opportunities to open for bigger artists, street perform, and release music to the public. Klass recorded his first demo at 68 James Street North and Threshold recording studio, He played his first gigs at Homegrown Hamilton, This Ain't Hollywood, Club Absinthe/Pepperjack Cafe, and TwelveEighty, among other venues around the city. Although Klass has moved out to BC to join his brother and sister, Hamilton still holds a special place in his heart as the place where he launched his career as a touring artist.

HJN: Sam, who the heck are you and what exactly do you do?
I’m just a Jewish kid who plays guitar, sings, beat boxes, produces electronic music and loops.

HJN: For those that have no clue about your style of music, can you explain what looping is?
Basically, live looping is the recording and playback of music in real time. I can layer play a riff on my guitar or beat box. And by using a foot pedal I can copy the sound and loop it on repeat. I can add new layers, and take them away, sing on top of them, or just wail away on my guitar.

HJN: How has Hamilton helped shape the musician you are today?
Hamilton gave me a petri dish to try things in a small supportive community. It’s a no bullshit town where hype comes from how excited people are about what you are doing artistically. Unfortunately Hamilton has recently lost two great venues, Homegrown Hamilton and Baltimore House.

HJN: What is your fondest Hamilton Jewish memory?
I went to a keg party when I was in McMaster and met a ton of great people, and made real strong connections, and then I realized that it was a Jewish keg party.

HJN: You’ve been on the road a lot these days.  What have you been up to and where have you been?
I’ve played Envision Festival in Costa Rica, Shambala in British Colombia, Opera House in Toronto with the New Deal, Burning Man in Nevada. The best one in recent memory was headlining Future Forest in New Brunswick. It’s the best new Canadian festival hands down. This year I’ve been touring for six months straight, including 10 major events, but I’ll be back in Ontario for my seventh year at Harvest Festival.

HJN: What’s the biggest audience you’ve performed for?
It was at Envision in 2016. The festival was sold out at 6.000 people and I played the main stage with Defunk, which is an awesome electronic dance band from Calgary.

HJN: Are there any other Jewish musicians we should be looking out for?
There are tons. Mike Gordon. Vulfpeck. Shlump. Bleep Bloop. MC Paul Barman. Lil Dicky. And of course you know my cousin SoCalled.

HJN: It’s great to see so many Jews holding down the music scene. How do folks check out your music and find out what’s going on in your world?
Klassikmusic.com -- It has everything from news, dates, music, videos and links to all relevant social media and contacts.

Listen to Sam Klassik on Soundcloud: