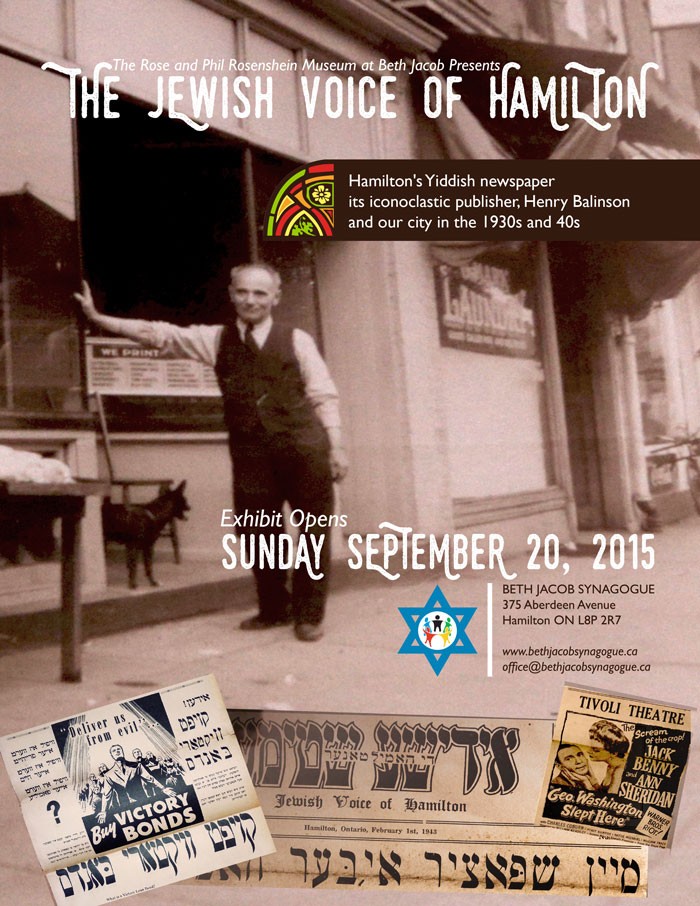 On Sunday, September 20, 2015, the Rose and Phil Rosenshein Museum at Beth Jacob Synagogue presents The Jewish Voice of Hamilton, an exhibit that features a snapshot into the dynamic life of the city through the lens of its one-time Yiddish language newspaper and its iconoclastic publisher, Henry Balinson.

The exhibit will showcase many items on public display for the first time: several editions of The Jewish Voice of Hamilton newspaper, local letterpress printing artifacts, photographs and other valuable historical and genealogical documents, all part of the Balinson Family Archive, a recent acquisition to the Rosenshein Museum.

Issues of the newspaper on display will provide a fascinating snapshot of 1930s and 1940s Hamilton through its advertisements, features and the provocative editorials of its editor and publisher, Henry Balinson. This unusual exhibit offers the public an opportunity to gain an understanding of the Jewish community in Hamilton during a time of significant social, cultural and economic developments as well as the compelling story of Balinson and his Second World War-airman son Alex, who was killed in Malta in 1942.