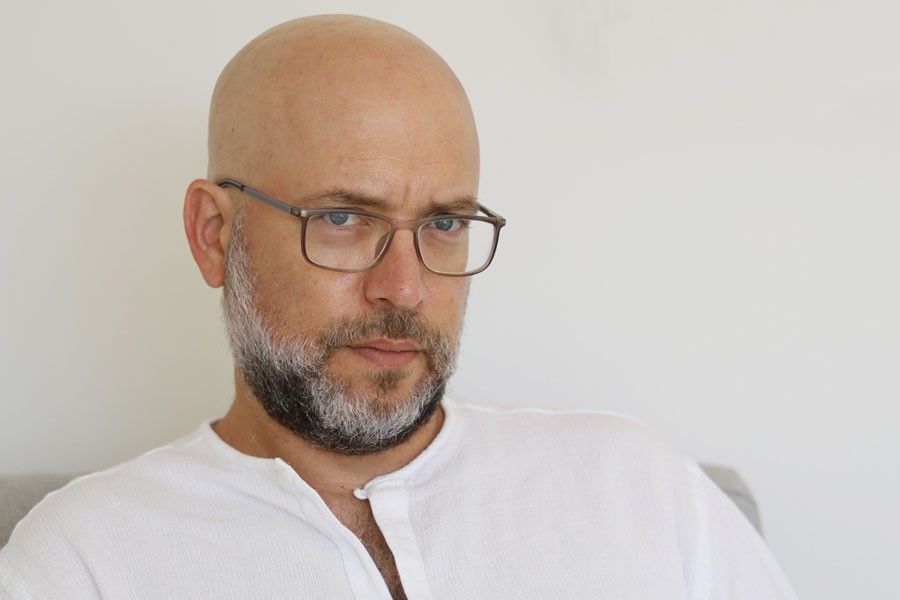 Israeli filmmaker Yair Qedar went to bed one Saturday in 2020 after spending the night celebrating the completion of his documentary about Amos Oz, but he woke up the next morning to news that stopped him in his tracks.

An article in Ha’aretz reported that Galia Oz was about to publish a tell-all book about abuse she suffered at the hands of her father, and just like that, the release date of his film, The Fourth Window was put on hold.

Qedar was aware that Galia Oz had stopped speaking with her father as early as 2015, but he was surprised by the nature of the accusations and the media circus that ensued. “Everything was spiralling, the anger of the family, the tension, the conflict between Galia and the rest of the family,” he told the HJN in a telephone conversation in early November. “It became very unpleasant, the whole affair and I knew that I couldn’t have the film the way it was, without Galia. Because I would not be doing the right thing. I had to find a way to cover it and it was going to be very, very complicated because everything is so sensitive.”

And find a way he did. In its unflinching, multi-layered, and sensitive portrayal of Israel’s most prolific and internationally read author, The Fourth Window, which will kick off the Hamilton Jewish Film Festival on March 20, has particular relevance in an era that demands honest evaluations of its cultural heroes.

Below, Qedar discusses the events leading up to his film’s release.

Q What did you think when you first heard about Galia Oz’s accusations against her father?
A I completely believe her that what happened, happened … The accusations are like in the “me too” style but not a real “me too.” There’s no sex there. So, I believe her but I feel discomfort. What also gives discomfort is the vagueness, the moral vagueness. Are we supposed to be the judges of this affair? Can we not be judges and say that we believe all sides?

Q You’ve said in past interviews that Amos Oz’s close friend and biographer, Nurit Gertz played an important role in creating the final version of your film.  In what way?
A Nurit was brave enough and wise enough to (return to the set after the article came out) to offer a narrative that allowed us to incorporate both worlds of the victim and the victimizer which is the notion of a double tragedy. She was the only person willing to come to save the day in giving an interpretation that allowed us to put both narratives together, that allows us to identify with Amos but also, with Galia.

Q In the film Nurit asks Amos to tell his version of what happened between Galia and himself, offering to be both judge and jury. Did you mean to put your audience in the same position?
A Nurit offered to judge. I don’t want to judge and I hope this film shows the complexity. It doesn’t give an answer because this is very tragic and complicated. It’s not a question of judging or criticizing … Maybe the ability to feel compassion.

Q Oz lost his mother at the age of 12 to suicide. In the film, Nurit speaks about this childhood trauma and all that followed after, as akin to a Shakespearean tragedy. Do you agree?
A Yes. It’s a tragedy. I feel compassion towards Galia and I feel compassion towards Oz. And this is what was so surprising for me to find out. You have the golden boy of Hebrew literature, the most successful Israeli artist of all time with this huge hole from the mother, with this tragedy of the daughter. My God. This is so strong and powerful. I didn’t expect it at all. So, just listening and feeling compassion, that’s enough.

Q How did the Oz family react to your film?
A Very good. They were at the premiere and they were crying (throughout) the whole film. We hugged each other and they said, ‘You did what you had to do.’ They were not happy... that Amos Oz is now in the world with a moral stain. But ... they thought it was fair.