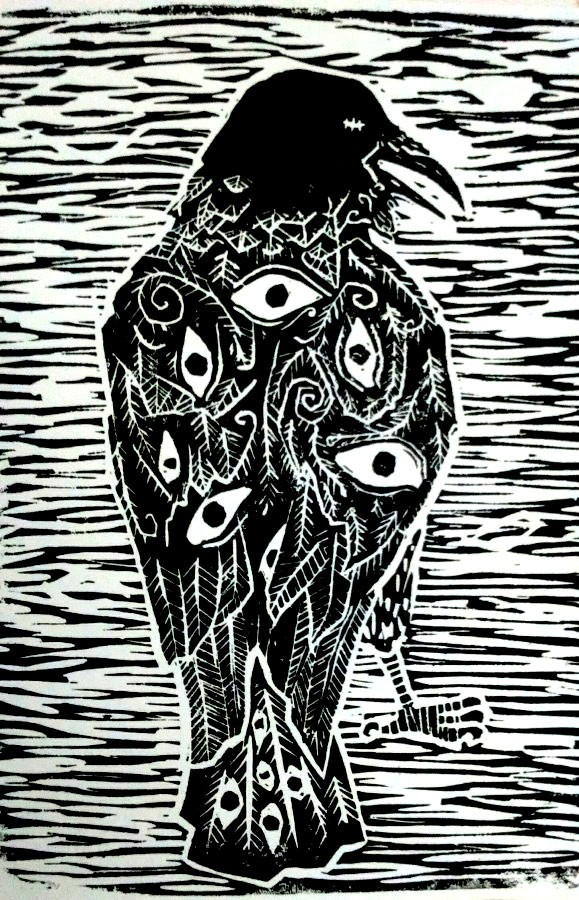 your ancestors lay by cool water.
a skin of wine was thought profane
until a gift was poured for them.

you do not wear this history
but it waits in a bright folded stripe
above your heart.

now, on Aberdeen Street,
in the bird-banishing cold,
you give me a present of goose feathers --

you, who are owed by law
the cheek of every animal,
to me, because, you said, I am a scribe --

I imagine you, frailer than your talk,
stooping in the wake
of their echoing migration.

I am sick with thanks for this,
and for every painful, sweet reversal
that drops from the wing of glory.

At the time when I received the goosefeathers, I was also in the middle of learning with my colleagues laws pertaining to kohanim (the priestly caste). The traditional role of the kohen is that of a gift-receiver; indeed, classically, much of the food they ate and the clothes they wore came from gifts (terumah, matanot, reishit hagez). I felt some irony that instead, a kohen was giving a gift to me.

Here are some of the ideas alluded to in the poem:

— “by cool water”
this is because in antiquity kohanim would live by mikvaot, because they could only eat their gifted food in ritual purity.

— “a bright stripe over your heart”
I was thinking of a pocket handkerchief, as a symbol for clothing which is not the primary part of one’s costume, but is still meant to be noticed. In addition, the subject of the poem and I once had a disagreement in which I described a pocket handkerchief as useless, but he said that actually it can be used in many ways, for example, to help a crying person. That made it an even better image to me.

— “the cheek of every animal”
when one slaughters an animal, its cheek (as well as its foreleg and maw/abomasum) are to be given to a kohen or kohenet. We don’t often hear about it happening these days simply because we are so removed from slaughter in general.

— “echoing migration”
I wanted to draw a parallel between autumn geese and kohanim as creatures whose presence is diminishing in the world, although we do not know what will return in a new season.