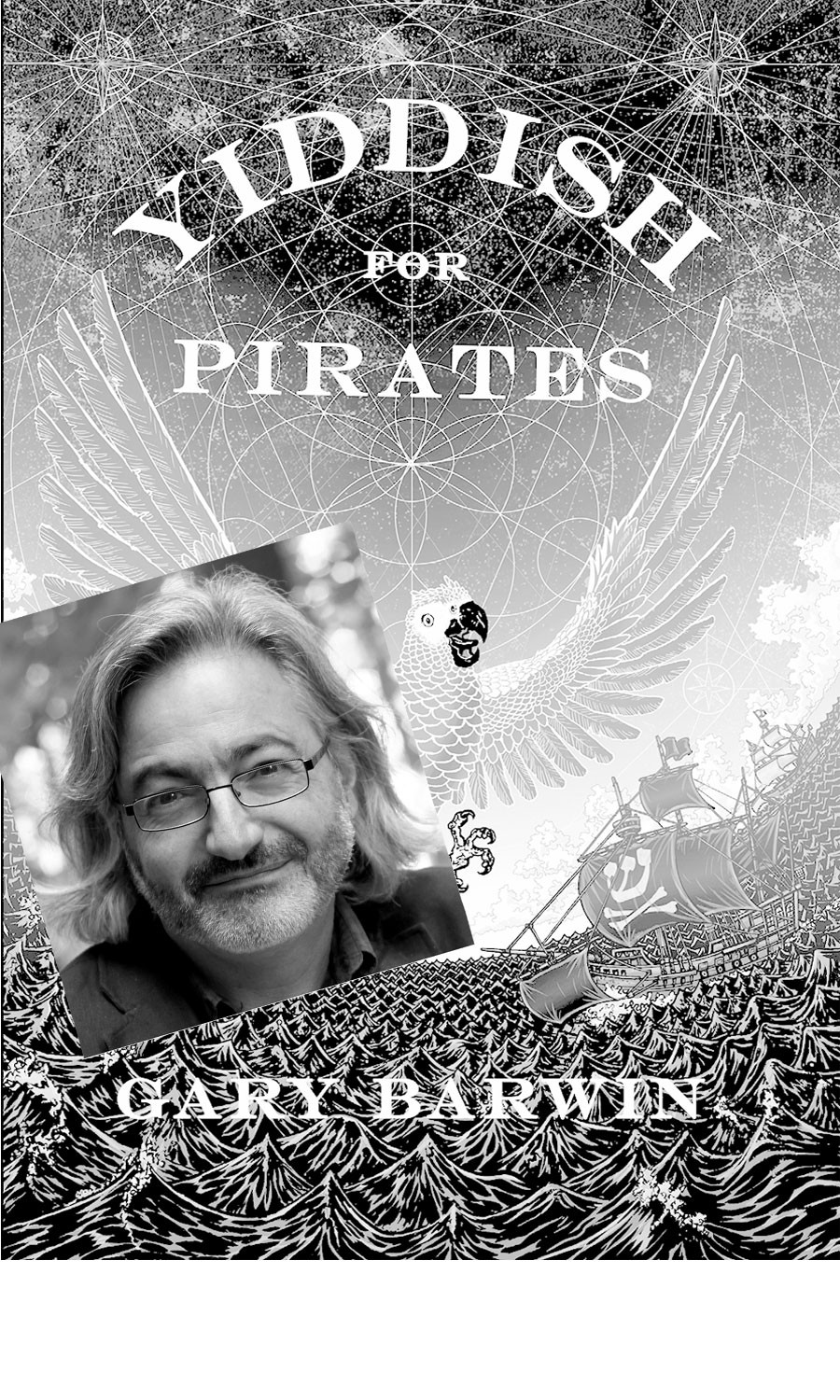 A few years ago, I decided to write a novel about Jewish pirates. So nu, you have a better idea? Most nights, I’d walk my dog and think about what the book would be about. My regular route took me past Shalom Village, lit-up, large and ship-like against the dark. To me, each window seemed like a porthole into a life and it made me think about how each of us is a book, an encyclopedia, an entire library of memories, emotions, and stories. Sometimes we can’t put it all into words. Sometimes the words begin to disappear, become vague, or are difficult to retrieve.

Memory is an important concept for Jews, but it’s also a feeling. We feel deeply that we should “never forget” and we do our best to pass on our stories and culture, from great tragedies to kugel recipes to jokes and family stories. But we also pass on that “sense” of Jewishness.

In time, I realized that, because it was a pirate story, my novel would be told in the voice of a parrot. A parrot learns language from its owner and remembers. And, alluding to the Torah, my parrot would be the orating “Aaron” to my protagonist’s “Moses” (though I call him Moishe). And when we first meet him, he’d be an alter kaker, a cantankerous old Jewish coot of a bird.

And naturally, he’d speak Yiddish. Why? Because of its vitality, its humour, its ability to sum up the richness of experience and Jewish being-in-the-world. Wherever Jews went, with or without possessions, they also brought their language. And for me, Yiddish expresses a quintessentially Jewish irony and a fatalistic yet celebratory humour. They tried to kill us but instead we lived and celebrate with good food and family. Life is hard but still, we’re around and can tell jokes about it. We’re often a pessimistically optimistic people. Is the glass half full or half empty? Full-shmull. As long as we have a glass.

Yiddish is a library of our experiences and it has travelled with us through time and space. Somehow, even if you don’t know much Yiddish, you can still get a sense of its way of engaging with the world. In my novel, I engineered a way to have my main characters speak Yiddish even though much of the story takes place in Inquisition Spain where the Jews spoke Ladino.

On my walk, I’d recall how my own children used to go to Shalom Village to visit their great-grandparents. Grandpa Frank used to deprogram his remote control so he could pay my eight-year-old son to come over and fix it. I also remembered those Hebrew school assignments where kids must interview an aging relative about their family history. So, my story would begin with a boy going to a place like Shalom Village looking for information from his grandfather, but instead, because Zaide is sloffing, he’d encounter the spicy nautical Yiddishkeit of his grandfather’s bawdy ex-seafaring parrot.

Here’s an excerpt from near the beginning of the novel:

Hello? If you want the story of a life, don’t wait for your alter kaker old gramps over there to wake up. Maybe he’ll never wake. But me? Listen to my words. They tell some story. Because I remember. Sometimes too much, but I remember.

So, nu, bench your fat little oysgepasheter Cape Horn tuches down on that chair and listen to my beaking. Come all ye brave lads, and so forth. I’ll tell you the whole megillah story from fore to aft.

Boychik, I was a pirate’s parrot, and had I not noshed from the Fountain of Eternal Youth hundreds of years ago, I would rest beside my scurvy captain and Davy Jones hisself at the bottom of the sea where the soulless creatures crawl. And then where would you be?

That life. It was a book made into a life. A wonder tale. The glinty waves. The deep jungle. A world I wouldn’t have believed if I hadn’t sailed right into it. And for a time, that world had but one shoulder, blue and fussy with epaulettes hanging off the rigging of a stolen frock coat, a cutlass of a collarbone covered in flesh like mangy beef jerky.

Feh, these days no one wants to hear. Maybe not even you. They treat us like leftovers—wizened chicken-gizzard pupiklech in this birdhouse of leftover Yids. But nu, it’s true, most of us look like yesterday’s chicken or its gizzards. Though look at these feathers. A young bird would be proud of such grey.

The Shalom Home for the Aged.

Shalom? In Hebrew, “shalom” means hello, goodbye, peace. Imagine the crazy farkakteh waving of some poultry-skinned geezer on the fifth floor, squinting out from between the orange curtains. Is he waving hello or goodbye? Ptuh! It’s an old age home, so who knows? Maybe the shlemiel thinks he’s in a crow’s nest and is warning of an invading armada. Alav ha’shalom. Peace be upon him, old nudnik.

Too often, stories in this library of lost people are told in the farmisht confused language of forgetting, but I speak many languages and I’m fluent in both remembering and forgetting. Though, nu, it’s easier to tell the stories you remember.

Or pretend to. And what you don’t remember, the stories tell for you.

And what did we find? Ach, this is a pirate tale I’m telling you, so it has to be treasure. So, nu, you ask, what is this treasure and where is it buried?

This I’ll try to answer. As well as another, the big question of all stories: And then what happened?

Yes, it brings mazel for a pimply boy like you to hear about blood, kishkas—guts—dangerous books, and shtupping. It puts some hair between your ears and above your skinny-dick shmeckel. You’ll like it.

So, nu, in the beginning what was there?