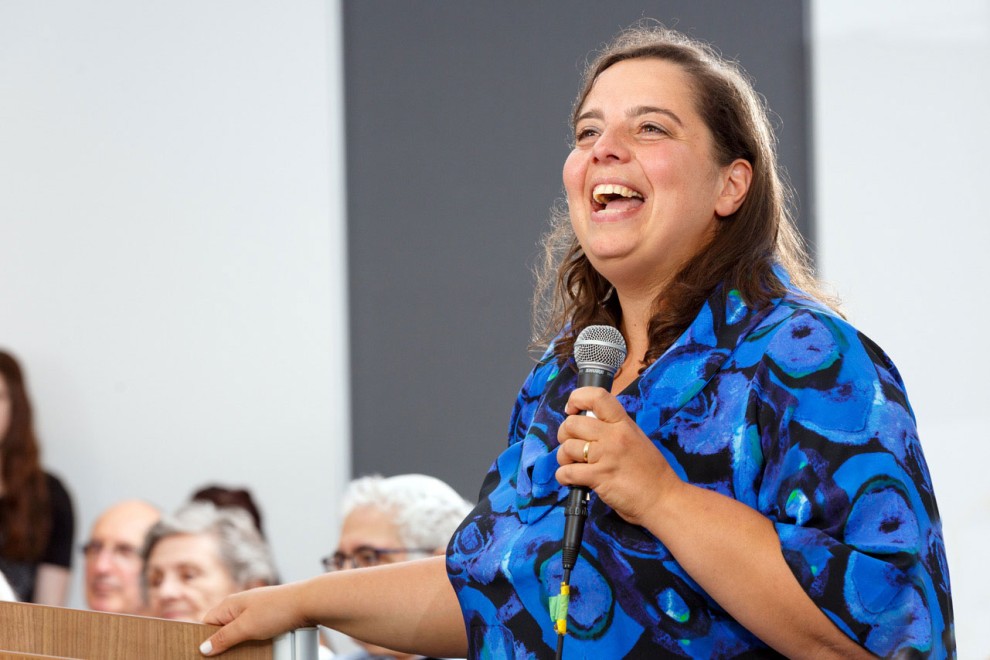 Anna Shternsis could scarcely have imagined that her brief encounter with a librarian at the National Library of Ukraine back in the early 2000s would see her play a pivotal role in resurrecting the voices of a lost generation.  The University of Toronto professor spoke to the HJN about the history behind her upcoming lecture/concert at McMaster University.

What can people expect from your presentation?
My project is about giving voice to the two and a half million Jews who were killed in the Soviet Union during the Second World War whom Hitler and Stalin tried to silence. This is also a story about Soviet Jewish ethnomusicologist Moisei Bergovsky and his team of scholars who risked their lives and their careers in order to collect and preserve their music in what is essentially the first artistic document of the Holocaust in the Ukraine.
What is the genesis of the lecture/concert format?
When I started looking at these documents, I thought it would be really fun to have someone sing them. The songs are very pro-Stalin and Red Army oriented, but also very heartbreaking. But because Beregovsky didn’t finish the project, many of the songs didn’t have tunes. So I called my friend Psoy Korolenko who used his knowledge of  Soviet culture and 1940s Yiddish music to write tunes. After our first presentation (in Toronto in 2015), a producer named Dan Rosenberg helped us put together a group of musicians that included jazz singer Sophie Millman. We recorded a CD that was nominated for a Grammy. At the same time, Psoy and I developed a smaller format of this presentation that we’ve shown about 40 times around the world.
Who wrote these songs?
When Beregovsky came back to the Ukraine in1944 looking to document songs, nobody wanted to talk to him. The Soviet government had put out a memo that if a Jew had survived under German occupation, it must have been because they collaborated and therefore they should be punished. When he  had no luck with adults, Beregovsky went to schools, and that’s how a lot of materials in this collection came to be. Based on his notes, a lot of the songs were written by women and children.
How has your presentation been received around the world?
We’re getting a lot of non-Jewish audiences. I think the reason for the interest is that the story of children as victims of war and violence is not just a story about Jews. It’s the story of the horrific nature of war, violence and discrimination against people just because of who they are. These are issues that Europeans are thinking and talking about all the time. This story, unfortunately, is not irrelevant.