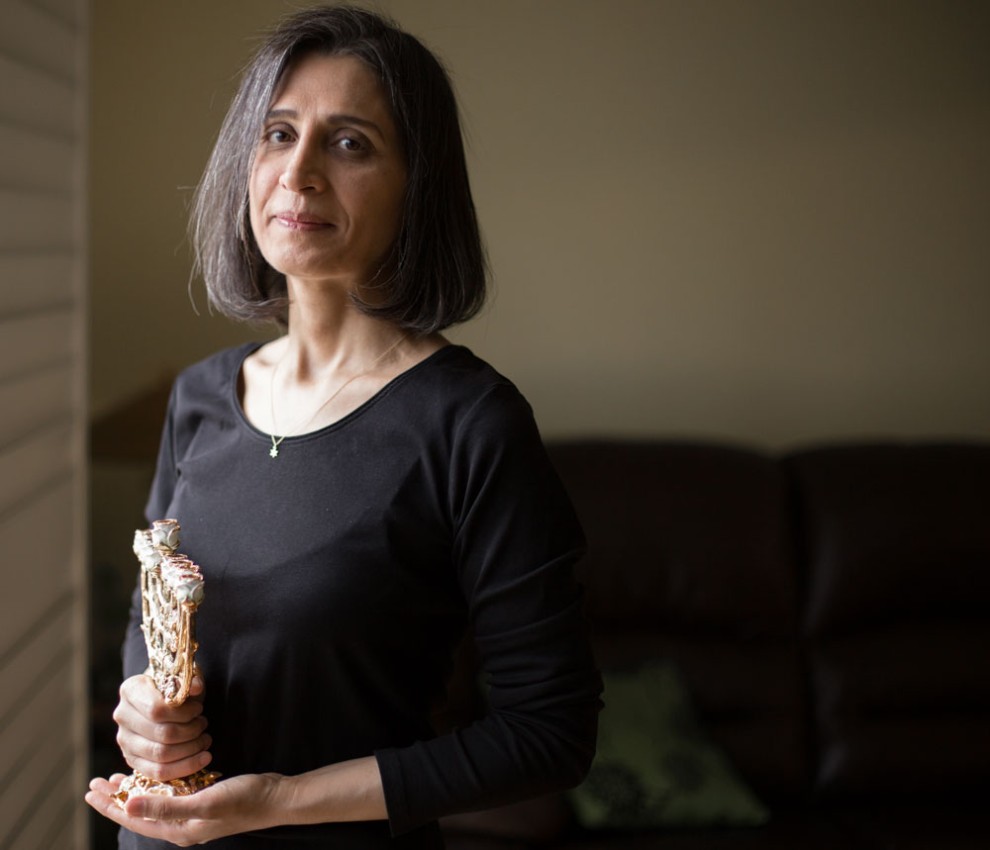 Jews have always moved and the Hamilton Jewish community has always received many new Canadians. Our community’s most recent arrivals to Hamilton are the focus of a planned installation, Welcome to Canada: Jewish Immigrant Stories of Hamilton, opening Oct. 22 at the Rose and Phil Rosenshein Museum at Beth Jacob Synagogue.

Migration of Jews is well documented. The Biblical Assyrian conquest and the deportation to Babylonia established a pattern continued through to modern time; notably the Spanish Inquisition and the mass movement before, during and after the Holocaust of Jews who were able to leave. There are very recent displacements, particularly Jews leaving Arab countries, the mass movement of Russian Jews and the Ethiopian rescue. Other, smaller dislocations were due to pogroms, limits on the ability of Jews to work, restrictions on their freedom to worship and constraints on movement.

Arriving in a new country as either a refugee or an immigrant is challenging. Refugees fleeing persecution either due to war, religion or political opinion, or escaping a natural disaster, are forced to leave their home country. Fear or necessity drives them to seek a safe haven, frequently not knowing their final destination. They are forced to dwell in a migrant camp, unable or unwilling to return to the country of their birth. Coming to Canada assures them of some support for their first year, and then they are on their own.

Immigrants, on the other hand, choose to relocate to another country, as we see in the individuals and families featured in the upcoming exhibit. Typically, they have already secured employment, or have the means to live independently. Their motivations are often economic, or based on their hopes for a better future for their children. They are accepted to their new country after they have completed paperwork and are deemed suitable candidates.

Historically, the overriding reason that Jews choose to leave their country of birth is anti-Semitism.  More than half of the eight families featured were unable to practice or display their Judaism openly. Their public faces and voices were guarded, as they were wary of their neighbours’ reactions. In other places, state-sanctioned anti-Semitism restricted Jewish citizens’ access to education, professional advancement and freedom to travel.

Political turmoil is cited as another reason for relocating. Watching arrests, torture and assassinations forces people to assess their lives and to seek changes. Thinking of their children, they search for a place without compulsory army service and a home they can live in without being reported as subversive.

Receiving immigration papers and arriving in their new country are just the first steps. One of the first barriers a new Jewish immigrant to Hamilton faces is familiarity with English. Some functioning English-speaking newcomers have to navigate a different accent and new colloquialisms. Finding work to support their families is vital. Often, they accept menial employment as they learn new language and work skills. Lucky is the new arrival who has a profession and is able to work from the get-go. Starting a business in a new country without any relevant banking history is fraught with difficulties. There is rarely backing for newcomers’ endeavours.

In day-to-day life, immigrants must learn new cultural practices. They need to find a suitable home, preferably near other Jews. They need to navigate through bureaucratic mazes, such as opening bank accounts, getting a driver’s license, accessing medical care and placing their children in school. They are far away from their families, devastating when the relatives left behind include elderly parents. Even when they find a home in the Jewish community, their different religious traditions become a barrier and at times, they experience the sting of having their Jewish identity called into question. New arrivals often feel lonely and isolated.

Most of the immigrants featured in the exhibit say it took 10 to 15 years before they felt at home. Usually it was their children and the school that helps them become comfortable. For some, the synagogue or another Jewish agency extends helpful hands.

Building friendships, belonging to a community, hard work and perseverance are all important steps to becoming a Canadian. Finally, it is to their children that they turn to measure their success. Those children have an abundance of choices, the environment to achieve as well as the freedom to practice their Judaism. At that point, an immigrant becomes a Canadian.

Simone Rotstein is a member of the planning committee of the upcoming exhibit at the Rosenshein Museum at Beth Jacob Synagogue.